game in it. I was a little excited too because it looked like it could be really fun. We were both right, it turned out to be a blas, and both my son and daughter really enjoyed playing (and me too!).

The first thing you have to do is actually assemble the track, which was relatively easy and didn’t take much time since there aren’t that many pieces. This I was thankful for.  🙂

While I was assembling the track for the kids (my daughter helped) my son decided to download the Angry Birds Go! game on my tablet. He is six and knew about this game before I even had to tell him and went right to Google Play and downloaded it himself. I think I’m gonna have to put a lock code on my tablet soon, this kid knows way more than I thought he does! Eeep!

Once we had everything assembled my daughter did a few test runs, then my son joined in to have a race. Here they are getting lined up and ready. 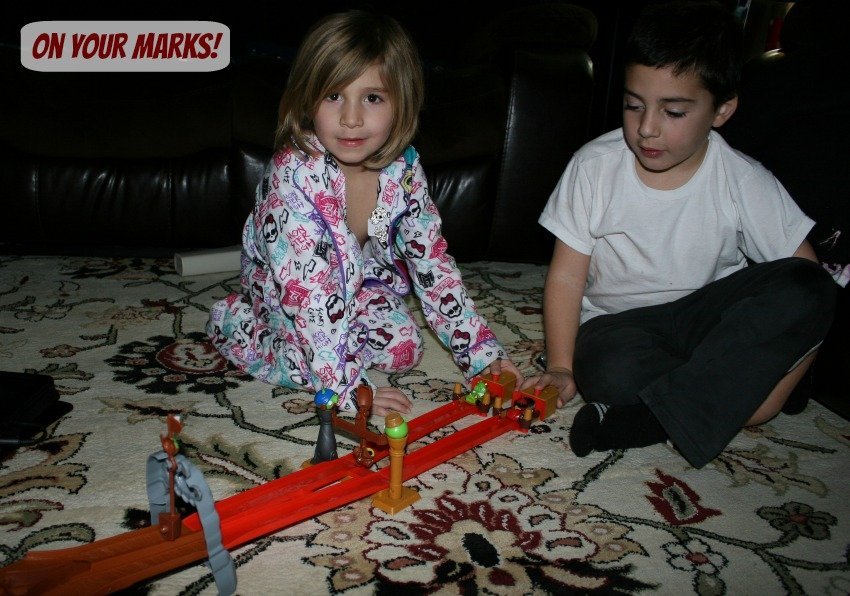 Here they are waiting for me to say go. My little stinker of a daughter thought she would jump the gun and no one would notice. What a turd! 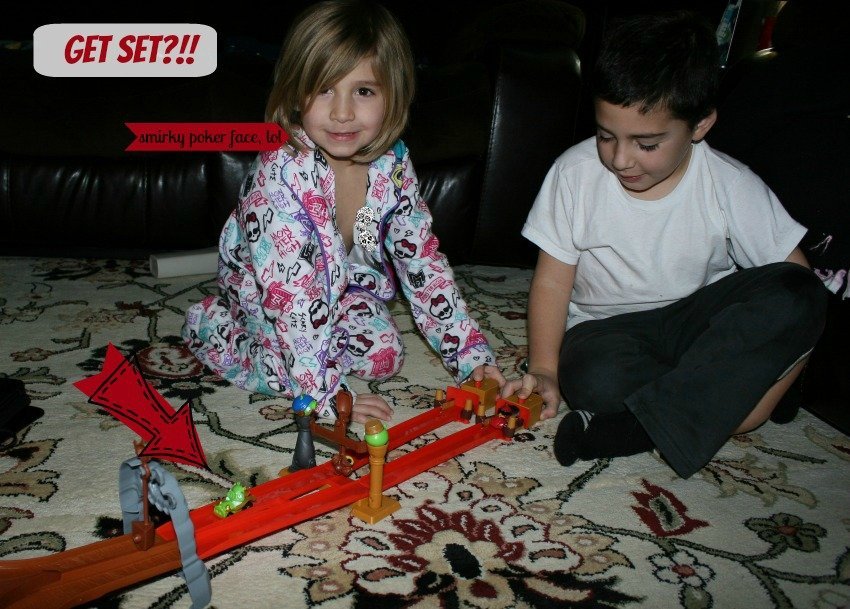 This is another trial run, my daughter again hit the go button and I believe my son had some technical difficulties with his start — i.e. the car fell off the track, lol. 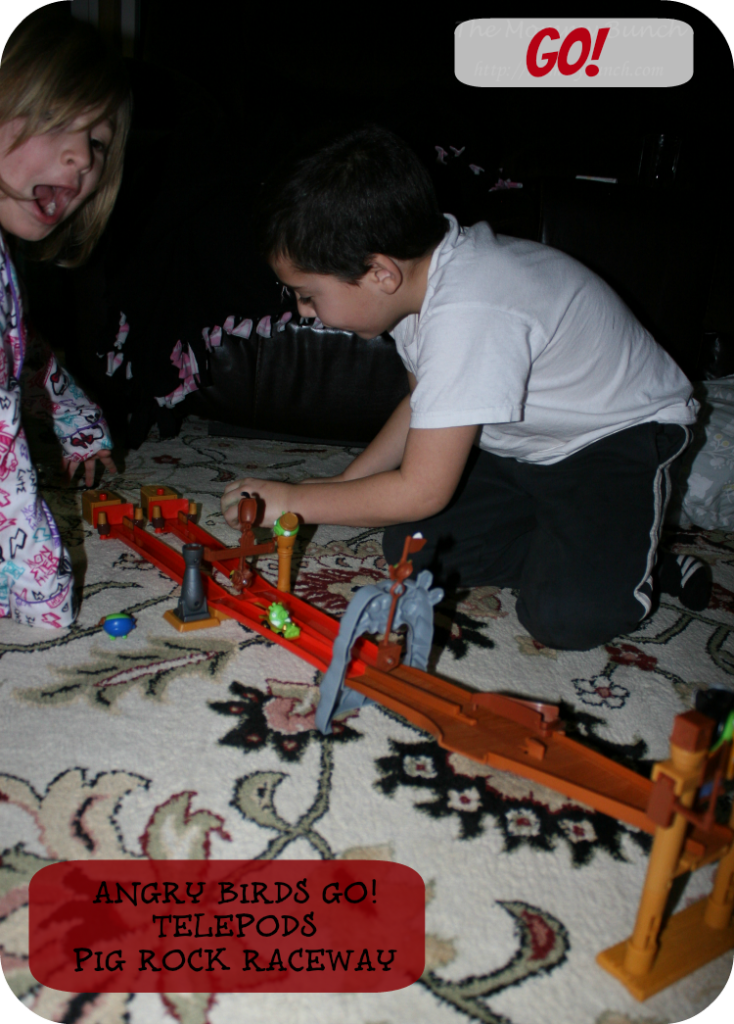 You can see they are really getting into it though! These were some exciting races — ’til the tears fell. We just can’t have too much fun around here you know, someone has to lose and someone has to shed some tears in the process. We have a whole cupboard full of games that many tears have been shed over. Some day we will learn to be gracious losers — someday.   😕 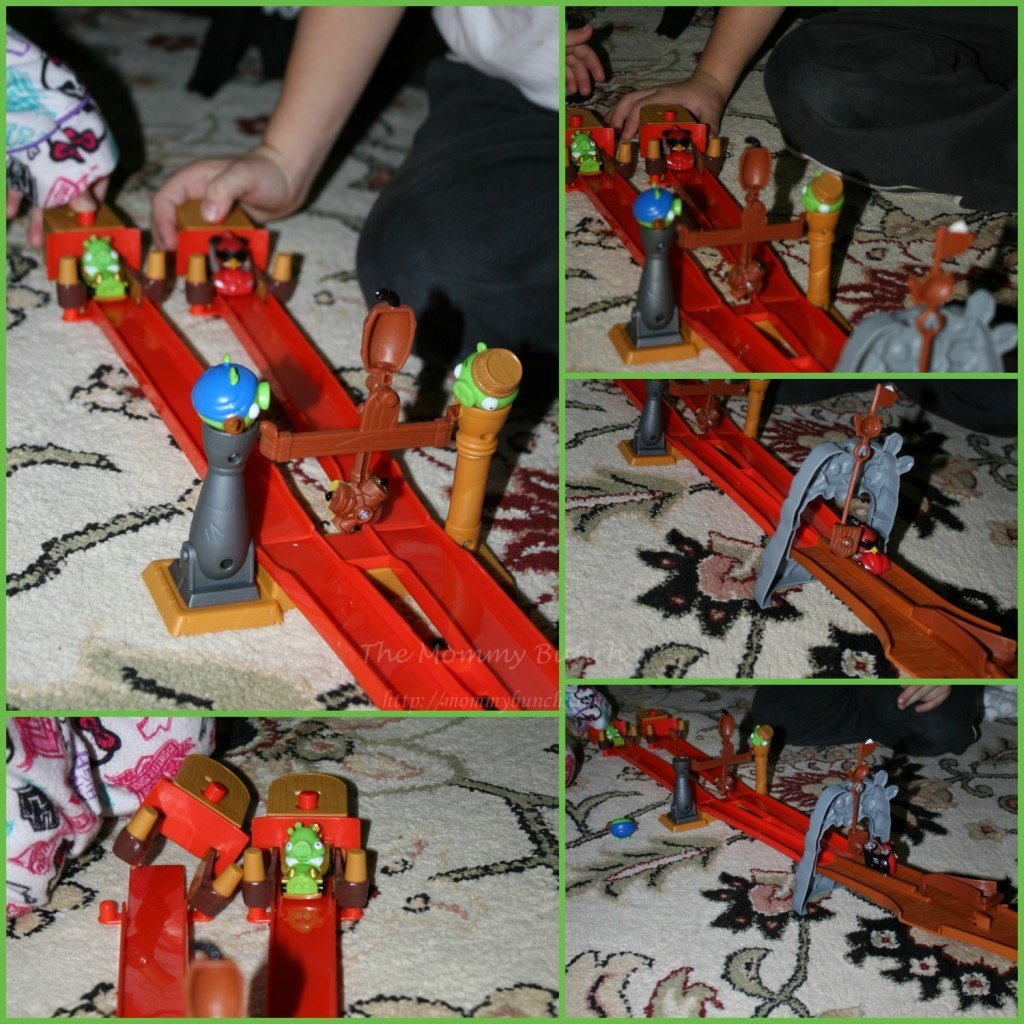 Overall the kids had fun, I had fun, and we really enjoyed racing our characters — even if we do have a little cheater among us.   😯

Do you have an Angry Birds fan in your home? 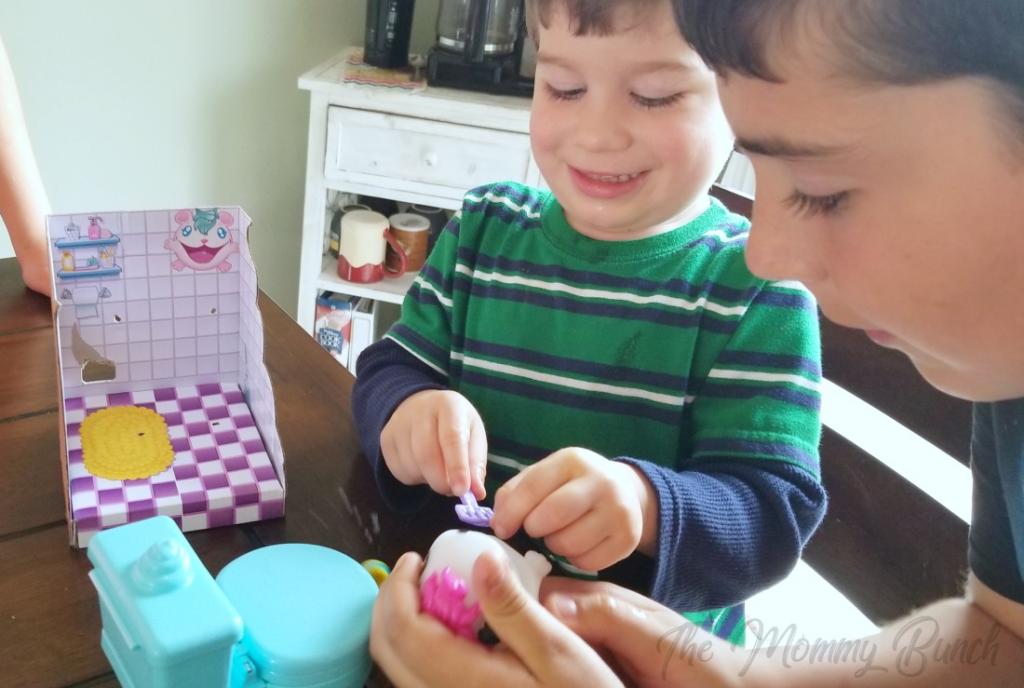 Piece of mind when trying for a baby 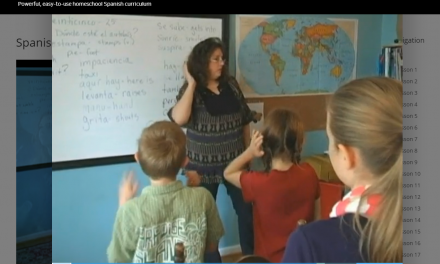