Are we really in this together?

I don’t do political posts. I rarely express my opinions other than to my husband and a few select people in my inner circle. Today I’m making an exception.

I’ve seen far too many negative things, far too much name-calling, fist pounding, and friends lost to stay silent any longer.

I think one of the reasons we are seeing so many negative things happening, and why we are so far away from being a “United” States, is because people like me, those who are pretty moderate, willing to see things from both sides, have stayed silent for too long.

We have been too afraid to express an opinion one way or another for fear that those who speak loudly and carry a big stick may lash out at us. We are afraid our friends and family will wage war against us, and we are just not ready to give up on them. We are afraid of dividing our nation even further.

But in remaining silent as I’ve sat back and watched people interact over the course of this whole election, the past few days especially, one thing has become abundantly clear. We are not in this together.

I’ve seen people on both sides of their respective party lines draw blood, and then turn around and claim they want to bring the nation together.

I’ve seen people gloat about their candidate winning and then expect the other party to just fall in line with exactly how they think on issues.

I’ve seen people very upset about their candidate losing, unwilling to accept that perhaps the winning party does have some good ideas to share.

Yes, your candidate lost but that doesn’t mean you lash out at those who supported someone else, or invalidate the fact that someone else won by demanding a new vote, a recount, or whatever else it is you think went wrong.

THAT’S NOT HOW THIS WORKS. That’s not how any of this works!

If we, as a nation, want to truly bring people together you CANNOT sit on your side of the fence and yell over to the other side exclaiming why you are so right and they are so wrong. It just doesn’t work that way.

Today I have finally decided that I can’t just stand by and watch our country fall apart any longer.

In a successful marriage, when your husband or wife comes to you with an idea you don’t like, you don’t lash out at them because you don’t agree with what they want to do. In a truly successful marriage, you may say, “that sounds like a great idea, but here’s why I think it won’t work.” Or you may even agree, saying “I really like that idea, I’m glad you thought of it.”

What usually happens, though, in a good relationship between a husband and a wife is that there is some sort of compromise. You may say, “I’m not sure I like that idea and here’s why, but here is what I think will work instead.”

Then a discussion takes place, each bringing up their valid points as to what may or may not work and why, and a compromise is reached. Usually each person giving a little to the other so both can be satisfied. This may take a few minutes, it may take hours, it may take days for each to come to a decision on what will work so both are happy, but one way or another, a compromise is made so the marriage, the union is held in tact.

If one person gets their way all the time, soon the marriage may start to fall apart as dividing lines have been drawn. One person begins to resent the other, and it won’t be long until emotions erupt causing a big rift in the marriage.

As a nation, we have a rift in our marriage. We’ve for too long expected the other side to bow to our desires with no compromise, with no willingness to consider why the other side may have valid points or good ideas. It has either been our way or no way.

What YOU can do right now is to sit down with a friend, a co-worker, a family member — anyone who has a viewpoint different than your own and listen. Truly hear what they have to say. Don’t interrupt, don’t come to quick judgment, just listen.

Do research and bring facts to support your claims, but don’t make vague statements just because you’ve heard someone else say it, or you ‘feel’ a certain way. There are no ‘feelings’ when it comes to economics, it either works or it doesn’t.

Share the information, and discuss it with a willingness to understand how there could be improvements made in your own ideas. Discuss with the understanding that in order to truly bring our nation together, we need to figure out how to give up our deep seeded belief that we are right at all costs. Learn to compromise, figure out how to take your ideas and combine them with someone else’s in order to not only make things work for half the nation that voted a certain way, but to MAKE IT WORK FOR EVERYONE.

Don’t take part in arguments, don’t get sucked back into old ways. If you are at a stand-still take a break and come back and discuss when you have both cooled off and can be rational again.

If YOU can do this, so can someone else. If YOU take that first step, others will follow. This isn’t about what everyone else is doing, it is about what YOU can do right now to get the ball rolling. Be the change. 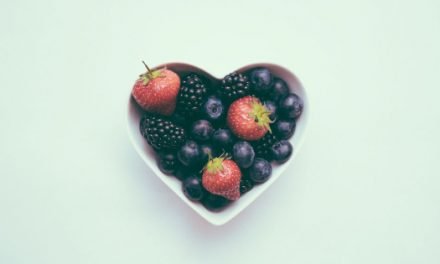 Create a Healthier Lifestyle with These Easy Routine Changes

15 grammar goofs, do you make these mistakes?

5 Things to Consider As You Prepare for a New Roof