Behind the scenes of Maleficent with executive producer Don Hahn 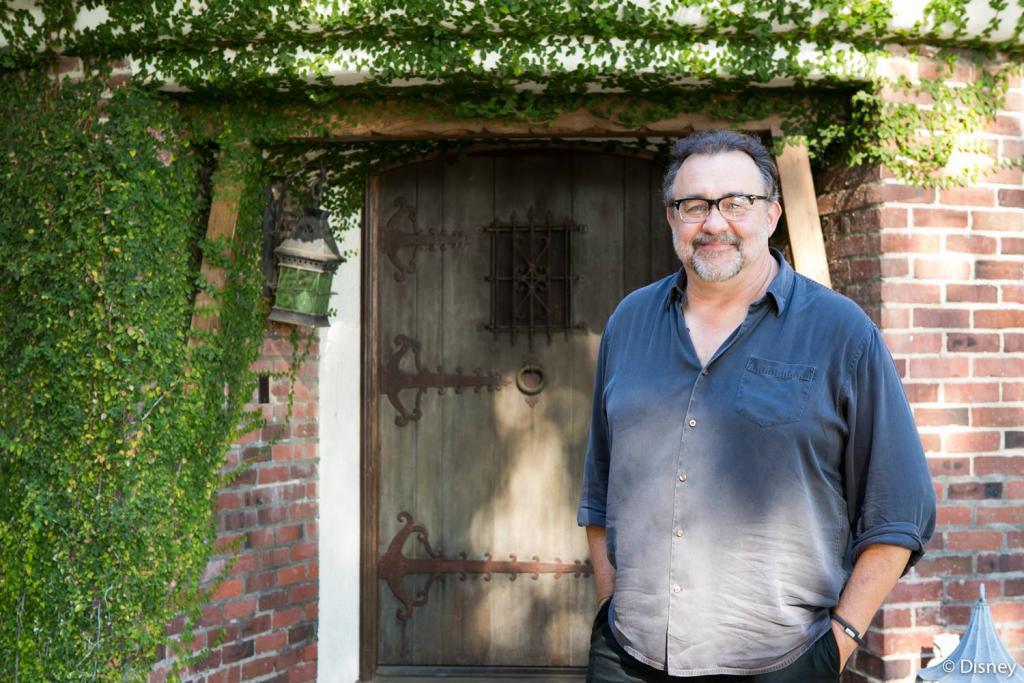 One of my favorite things on a recent press trip to L.A. was the opportunity to sit down with Maleficent executive producer, Don Hahn. He was just so interesting and captivating, and it was such fun to hear about all the behind-the-scenes type of information that you normally don’t know about when it comes to making a film.

Although the interview could have gone on much longer in my opinion, I’ve noted most of what we talked about below. Take a peek at some of the amazing facts about making Maleficent that you may not have heard before!

Q: What was the most challenging thing about producing Maleficent?

Don Hahn (DH): It’s always trying to pull all the pieces together and a lot of it is just calendar work as simple as that sounds. But once we had all the elements together in the script and wanted to make the project, we had four months to prepare. And that was four months to build a whole world. A lot of the credit for that goes with our director Robert Stromberg who had production designed Avatar and the Tim Burton’s Alice in Wonderland. So he’s an amazing world builder.

But it was that was incredibly difficult. Because we only had three months with Angelina and, and it was a very tight fit in that three month time. So that was part of it, getting it together. And then also just the script because it’s always [an] iterative process where you’re re-inventing the story and going back and revisiting it again? And it’s a little bit of an insecure feeling. It’s like you’re driving in a car while you’re building it, kind of feeling. So that was the build up to shooting is always the hardest part.

Q: So the whole movie only took three months basically?

DH: We had three months of her [Angelina]. We shot for eighty-five days. So a slight bit longer cause when she left we still had Elle Fanning, we still had some other pick-up shots along the way. And then we had about a year and a half of special effects and putting it all together. Cause if you were to visit the set there would be a couple of trees and a river and a lot of green screen behind it. So it was a world almost entirely was created with back paintings and computer graphics.

The only things we built were the throne room where the dragon gets unleashed at the end was a complete set built all the way around. The exterior battle scenes were filmed right between Pine Wood and the M-4, M-5 freeway. So if you were to turn the camera while the battle scenes were happening? You’d see like a freeway going behind. But a lot of the castles and things were added in computer graphics later.

Q: Did you have an actress in mind from the very beginning?

DH: It was always her. It was always Angelina. I’m not sure that we would have gotten made without her? She loved the character. She grew up with it, loved the idea of playing a Disney character for her and for her family. I’m sure there are other actress that could have done it. But she was so right for it. Because when you said, “We’re gonna do Sleeping Beauty from Maleficent’s point of view, kind of like Wicked with Angelina Jolie,” people said, “Yep, let’s go.” 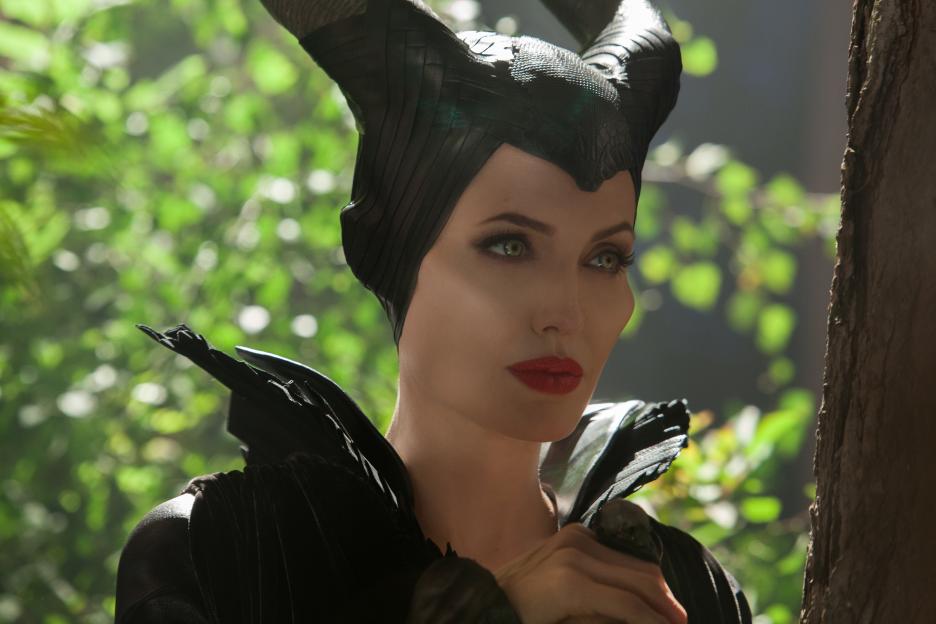 It was like so gettable. And that’s a lot of the fight when you’re trying to get a movie off the ground. And she brought a lot to it, I have to say. I mean she was on before the director. The first director we had for a short time was Tim Burton and she was on even then. Then the amazing Linda Woolverton, who wrote our screenplay, I had worked with on Beauty and the Beast ages ago. And Linda’s she’s really extraordinary when it comes to writing these stories and creating these strong, particularly female characters, that have these strong relationships. Cause we wanted to break some rules in this movie to say that love doesn’t always have to come from the guy in your life.

That love conquers all is a bigger phrase. That it can be love between two women, two men, a godmother character and a childlike character, like Aurora and Maleficent. And she fearlessly attacked all those things and I think did a great job with it.

And there were some days when I thought like what are we doing? We’re messing with this Disney fairy tale. But you also knew we couldn’t tell the other story. We couldn’t say you’re a young woman, you’re gonna be asleep until a man comes into your life and tells you it’s okay to wake up, and then you can start living your life. That’s an awful story to tell in 2014. So, it didn’t take too much smarts to abandon that and do something that’s more relevant.

Q: Is that why in Maleficent, Aurora is not called Briar Rose at all?

DH: Yes. And I think also for clarity, just for the audience. So that it’s clear that she’s always one character name. But yeah, we wanted to simplify it and we wanted to get away from the idea that she was the, the sacrificial flower that someday would be opened up by a man. I mean those are all great if you’re in 1959 but it just didn’t seem appropriate for this movie.

Q: Was it always the plan to use Angelina’s daughter as the baby for Aurora?

DH: No, that was out of necessity because when we brought in little girls and dressed them up like little Aurora. They would come up to this amazing actress and scream and run away. Or get picked up by Angie and just you know not doing anything? And there’s so much genuine love and attachment in that scene where she just walks right up to her and goes, “Up” and you know and, like I have a little girl and, and you just know what that feels like. So there’s a real genuine moment in that scene.

And when you see the costumes it’s formidable. You know she’s a big lady to begin with, plus the horns and all that stuff. So that was the real reason is to get a scene that played more as reality. We had to use Vivienne. 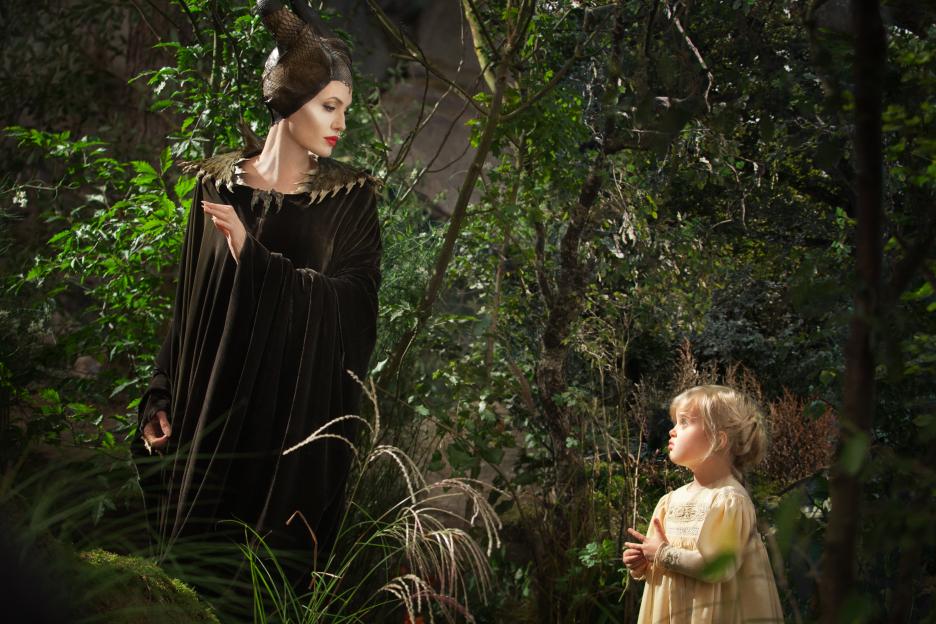 Q: Did you make Maleficent’s wings or were they special effects?

DH: They’re all fake. They are. There’s nothing there that’s actual. If you were to watch the dailies of her being filmed, she had a little green square on her back which held a battery? And two little antennae that came out with bright orange spots on the end. And that was enough for the visual effects guys to know the symmetry of her back. And that’s all. And so everything you see in terms of her, when she’s flying, most the time it’s a hundred percent animated. 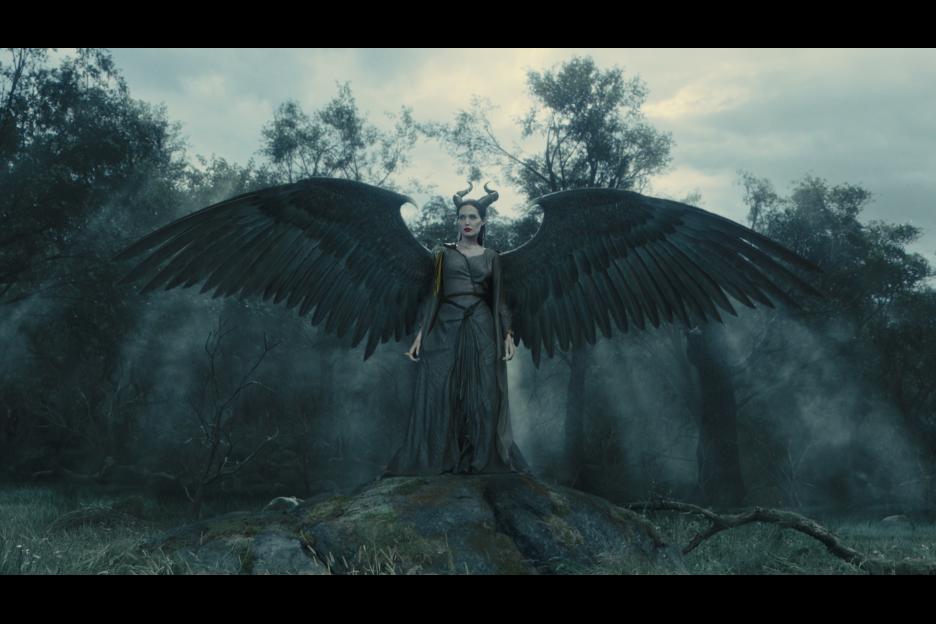 We take a scan. You literally put her in a drum and do a drum scan of her and so you have that. Rick Baker did a face cast with plaster of her. So we can get the horns, cause the horns had to feel like they grew out of her skull. They were magnetic so if she caught her head by accident on something, they would break off just for safety reasons. So it was a really unusual film in terms of preparing it because there was a lot of question marks. But yeah, so much of it is animated or fabricated. And the wings are all animated.

Q: On the bonus clips, you saw a tiny set with a green screen. It looked like the actress couldn’t move a whole lot, which had to be difficult.

DH: I think it’s remarkable cause they had their costumes but you would argue that so much of a performance comes from feeling like you’re in the time period and in the zone with that space. And there’s nothing there. The sets were smaller than this backyard in many cases. So it’s really suspension of disbelief, not only to be an actress.

Can you imagine what Elle Fanning felt? Like she’s fourteen. She gets hired under a movie with Angelina Jolie and she has to show up on the set and play opposite her and remember her lines and there’s no set. With a green screen. And “Action.” You know and so you just go, wow, what a remarkable actress she is. Cause she really delivers a lot of warmth to this movie. 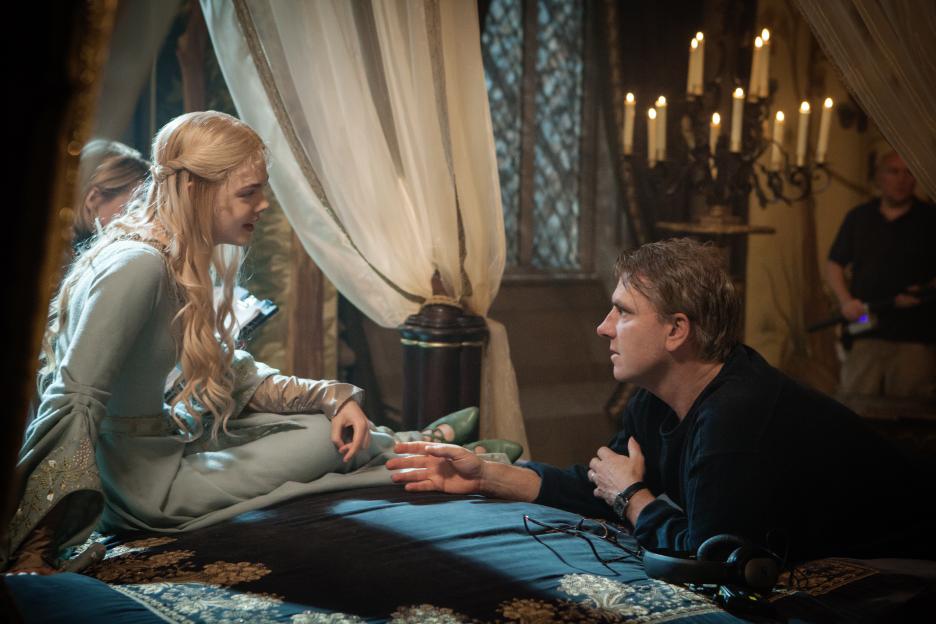 My favorite part of this interview is learning why they didn’t use certain aspects of the original fairy tale. It is always so fun to learn new facts like this, what is your favorite part?

Don’t forget to pick up your copy of Maleficent today! 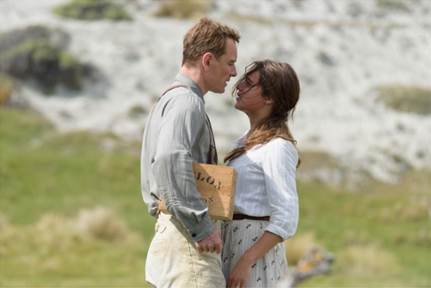 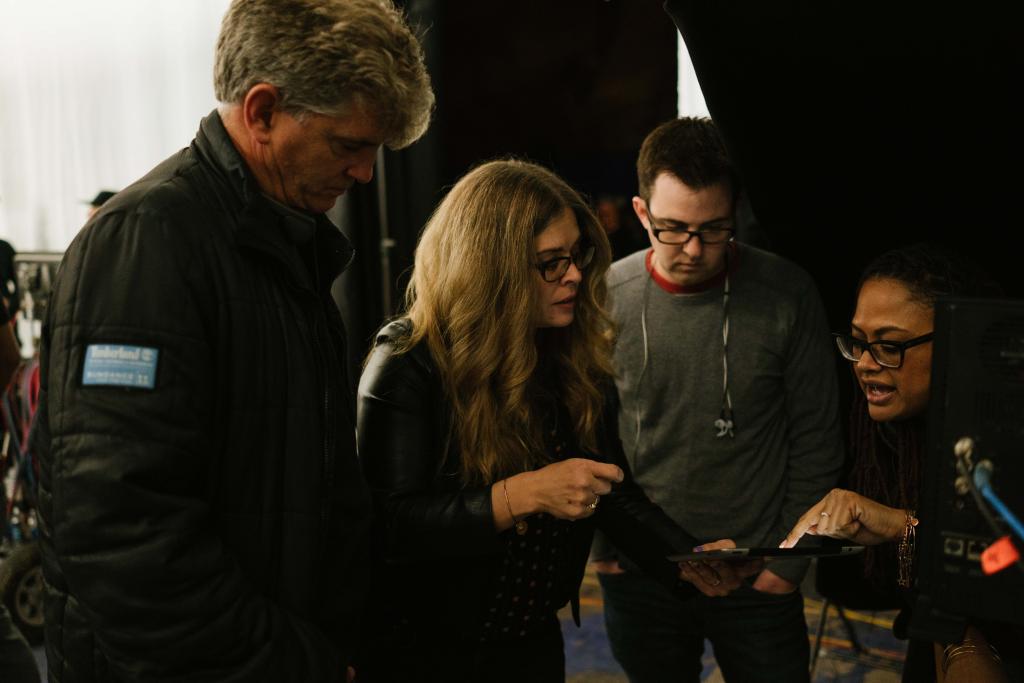