One of my favorite interviews from the entire Wrinkle In Time press junket was speaking with Bellamy Young. Her energy, her vibrancy, and her entire personality is so uplifting, so fun, and refreshing.

Not only was she full of energy about her role in the movie A Wrinkle In Time, she LOVES talking about Scandal. The show is her heart and soul, and it shows. She had so much to say, and so many feels about the show ending. Bellamy was simply a joy to talk to.

Who Is Melody Grant

Before we delve into what it was like to play Mellie, a little background info on who Mellie is just in case you’ve not started watching Scandal yet (GASP!!). BTW – you can get caught up on past episodes by streaming or using the app.

Melody Grant seemed like she had it all. The grand White House, beautiful children, and the most powerful husband in the world. But Mellie was never meant to be anyone’s trophy wife. As pieces of her perfect life began to fall away, Mellie became even more fierce and ready to fight for what she deserves. Not satisfied with picking out china patterns, she’s got her eye on the real prize—becoming the first woman President of the United States. ~ABC Television 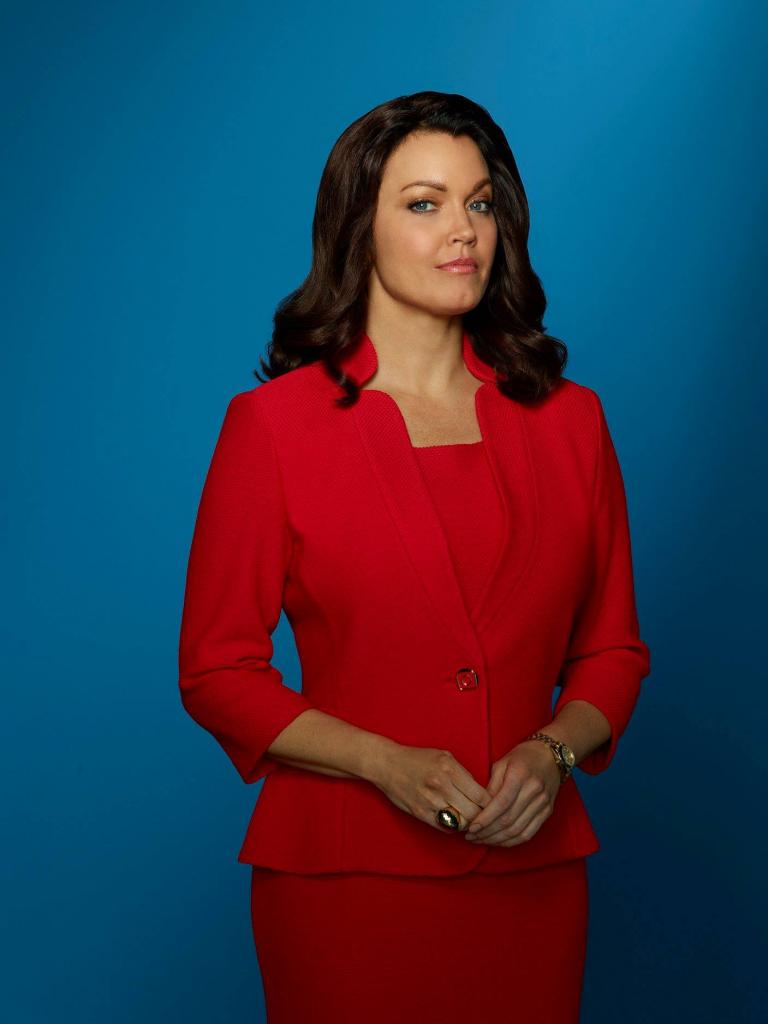 Always Give Your All

One of the things that really stood out to me during the interview was when Bellamy talked about always showing up for yourself and doing your best work. The role of Mellie Grant was never supposed to be a huge part of the show, but it morphed into that.

You show up and you do your best work, even when it’s two lines. You never know what’s going to turn into your dream. ~Bellamy Young

We asked Bellamy what she thought of some of the very epic, very long Scandal monologues that the characters go off on. Her reaction was exactly… Mellie. 🙂

“There’s no actor in the world that doesn’t say, “Yes, OMG I love it! All these lines are miiiiiiiine!” I mean, for real. [insert sarcasm 😂]

But, I mean, we’re so lucky, because they’re a lot of casts where people don’t work as hard, where they’re like, “Please don’t write me into a scene with this person, ’cause they’re going to be four hours late, and they’re not going to know their lines,” and, you know all of that kind of stuff.

But we’re just a bunch of wonderful humans, and so I’m like, “Oh, I get to work with Jeff” or “Oh, I get to act with Keri.” I haven’t gotten to act with Guillermo, which kills me, because I love him so much, and I think he’s amazing, and I can’t imagine what that would feel like, whoa, coming at me.

It’s sort of the best-case scenario of all time, that it is as fun to do a monologue as it is to have any scene with any of these actors.” ~Bellamy Young

It is apparent when you talk to Bellamy that she really loves working on Scandal. She had this to say when we talking about ending the series and what’s next for her:

It is such a feel-fest over at work, right now. I am grateful to be reminded that there might be a day after we wrap, and there might be a thing to go to (her new pilot, False Profits).  But, mostly, it’s just being sad about Scandal. I’m going to miss these people so much. ~Bellamy Young

We asked Bellamy what the reaction was when she and the cast had found out about the Scandal Crossover with How To Get Away With Murder, and she was so excited to tell us all about it! 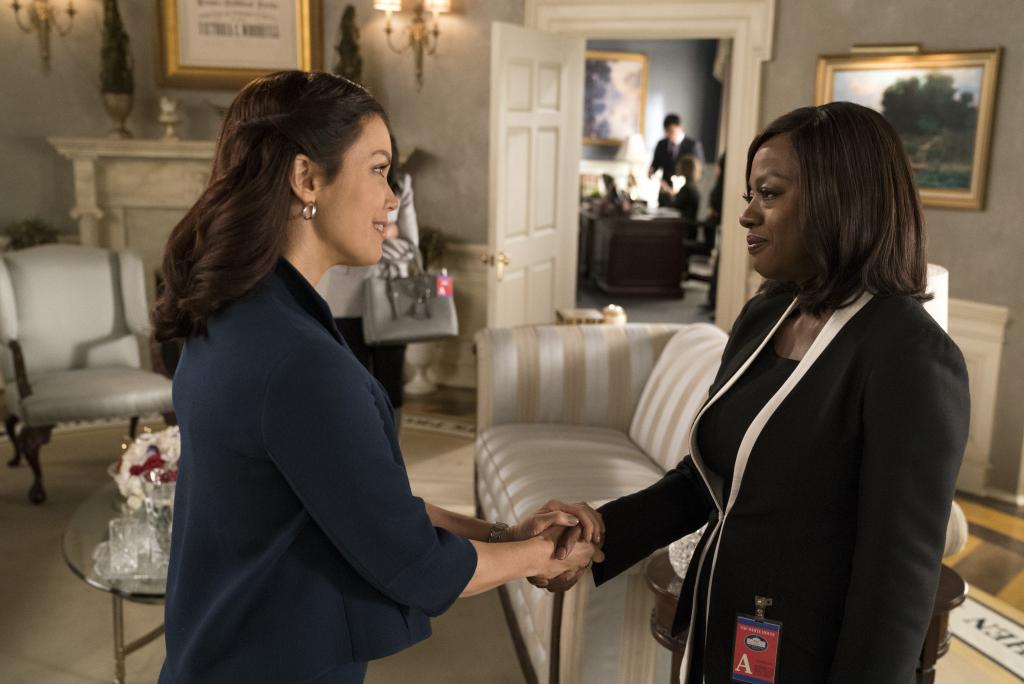 “We never dreamed because we were all [pushing for] Scandal movie, Scandal musical!

So then we were [told] Scandal crossover! And we’re like, really, what? Is that really true? And we don’t even know anything really far enough in advance to get, actually, excited about it. I didn’t know about it until I walked into the room to read the script at the table [read] and they were like, “P.S…. How to Get Away with Scandal.”

The story is so immaculate, it just had to happen.” ~Bellamy Young

Bellamy has a small role in A Wrinkle In Time (and she plays her part perfectly), a movie called Bernard and Huey, and she is staying within the ABC family with a pilot for a new show called False Profits.

I cannot wait to see more from Bellamy, she is a terrific actress and a wonderful person in real life!

#HowToGetAwayWithScandal crossover episodes are airing Thursday, March 1 on ABC (Scandal at 9|8c and HTGAWM at 10|9c).

Stay up to date with these hashtags: #WrinkleInTimeEvent, #ABCTVEvent, #TGIT and #Scandal 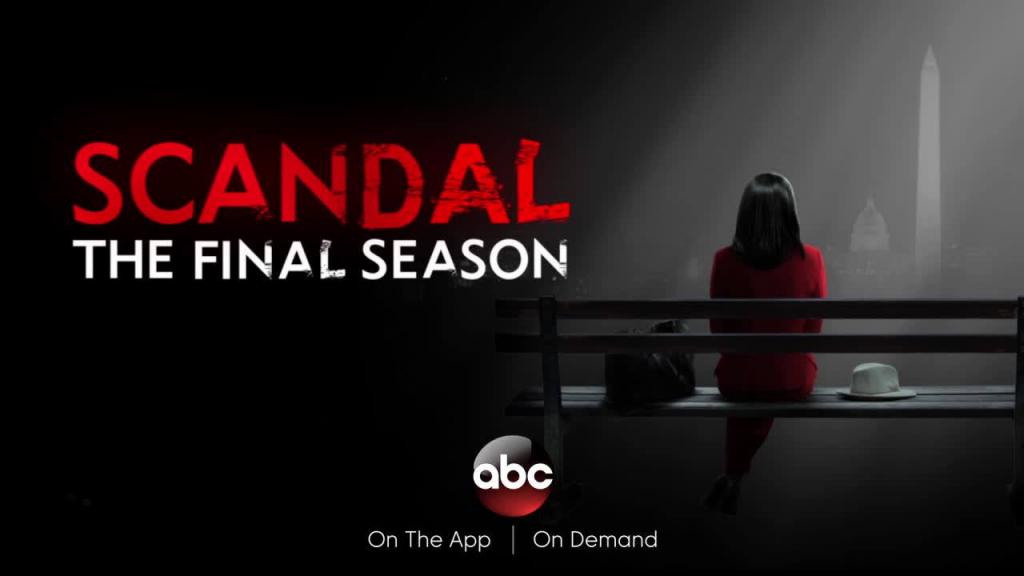 Playing Video Games Can Be Beneficial For Kids? #AmazingWorldGame 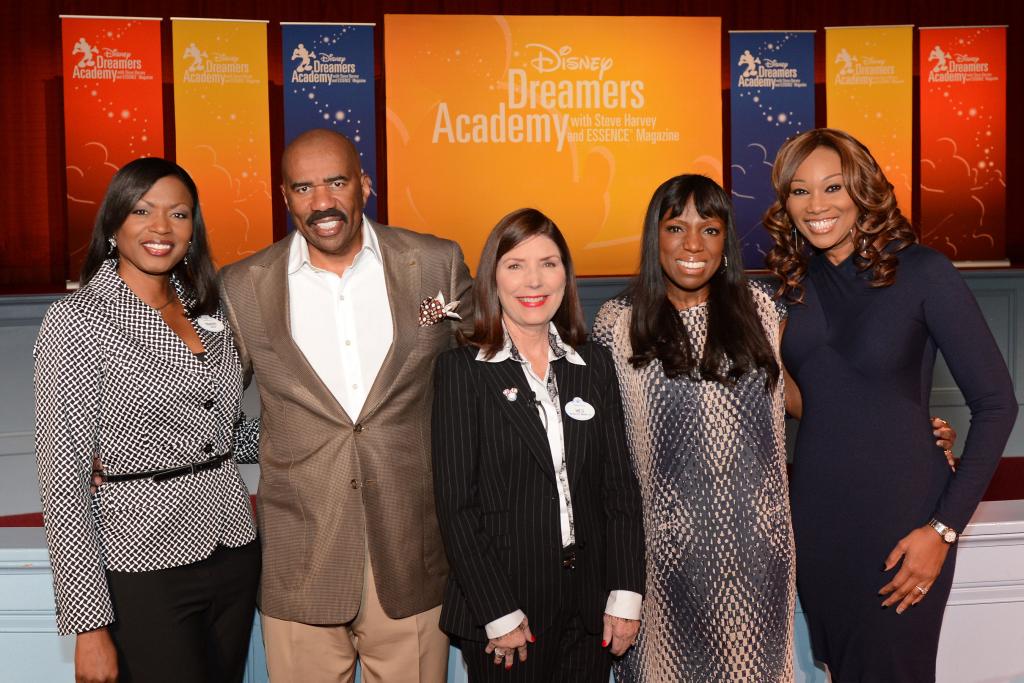