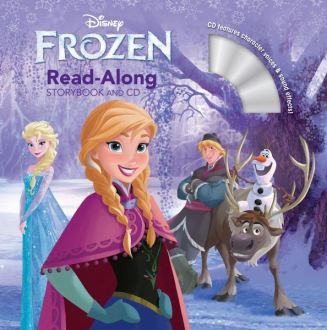 My family hasn’t managed to escape Frozen fever, in fact we love the story and the characters so much that one of the first things I did was buy a set of books for my kids that were based on the movie! Since we are avid readers in our household and we try to pass that love of reading onto the kids, I managed to grab about five different versions of Frozen books that each capture the characters and the story in a different way.

Since purchasing the books we have seen the movie in theater twice, and now own the Blu-ray and digital version as well. We have also been lucky enough to receive a few additional books to add to our collection courtesy of Disney. We were sent the Frozen Junior Novelization, Frozen Read-Along (storybook and CD), Frozen: A Tale of Two Sisters (Step 2), and Frozen: A Sister More Like Me.

All of these books capture the fun and spirit of the movie in different ways, and both of my older children had their favorites of the bunch.

This book is one of my daughter’s favorites. She just loves the way the book is laid out with Anna’s voice represented in a pink sloppy print, and Elsa’s in a purple and neat print. The story is wonderful too, and now that she has a little sister herself I think it resonates with her even more. 🙂

About: Explore a wintery world of magic in Walt Disney Animation Studio’s latest film, Frozen. This jacketed picture book features an original story about Anna and Elsa, the film’s two sisters, as well as illustrations by one of the artists who worked on the film.

My son loves this book because we have been starting to read more chapter books and he thought this was a great book to add to our collection. I love it because I really like that he has to ‘hear’ the story and create his own images of the events rather than rely on pictures from the book.

About: Frozen: The Junior Novelization retells the whole exciting story and features eight pages of full-color scenes from the movie! When a prophecy traps a kingdom in eternal winter, Anna, a young dreamer, must team up with Kristoff, a daring mountain man, and his reindeer on the grandest of journeys to find Anna’s sister, the Snow Queen Elsa, and put an end to her icy spell. Encountering mystical trolls, a hilarious snowman named Olaf, Everest-like extremes, and magic at every turn, Anna and Kristoff battle the elements in a race to save the kingdom from destruction.

Both of my kids love this book because not only does it have vibrant illustrations and a detailed account of the Frozen story, but it also has a CD that they can simply plop into the player and follow along on their own. No need for mommy to read to them, they can listen to the story any time they wish!

About: Fearless optimist Anna sets off on an epic journey-teaming up with rugged mountain man Kristoff and his loyal reindeer Sven-to find her sister Elsa, whose icy powers have trapped the kingdom of Arendelle in eternal winter.

Encountering Everest-like conditions, mystical trolls, and a hilarious snowman named Olaf, Anna and Kristoff battle the elements in a race to save the kingdom. Based on the Disney film, Frozen, this exciting storybook-and-CD set features thrilling sound effects, word-for-word narration, and original movie voices!

My son is a huge fan of this book because he can read the whole thing on his own! There are a few words that he asked for help on, but overall it was an easy read for him. He was excited to read it to his baby sister, and I was excited to watch him reading on his own! This book doesn’t go into the story in as much detail but only because it is a leveled reader and the words are chosen so as to allow young readers the opportunity to read for themselves.

About:  This Step 2 Step into Reading leveled reader brings all the magic and adventure of Frozen to girls and boys ages 4-6 who are just learning to read on their own.

Frozen: Storybook Deluxe: Now available in Apple’s App Store, this digital storybook introduces early readers to Disney’s Frozen through all-new interactive features.  Children and families can relive the epic adventure by flipping the device upside-down to hear the story from sisters Anna and Elsa’s points of view, using “ice craft” tools that let kids create and build their own frozen scenes and crystal palaces, and watching video clips from the film itself.

Musical Elsa and Anna dolls: You can also celebrate the storytelling of Frozen and Anna and Elsa’s special bond with the Musical Magic Elsa  and Anna dolls from Mattel (SRP: $29.99 each). When you hold the dolls hands (or when they hold each other’s hands) the dolls will magically light up and play enchanting music inspired by the film. 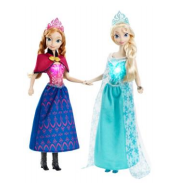 Tell us your Frozen story!

How many times have your kids seen the movie? Do you own any products or books? Which are your favorite characters? We’d love to hear all about your love of all things Frozen — be sure to let us know in the comments! 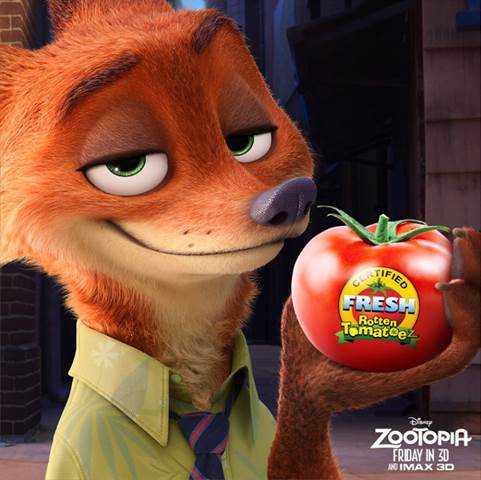 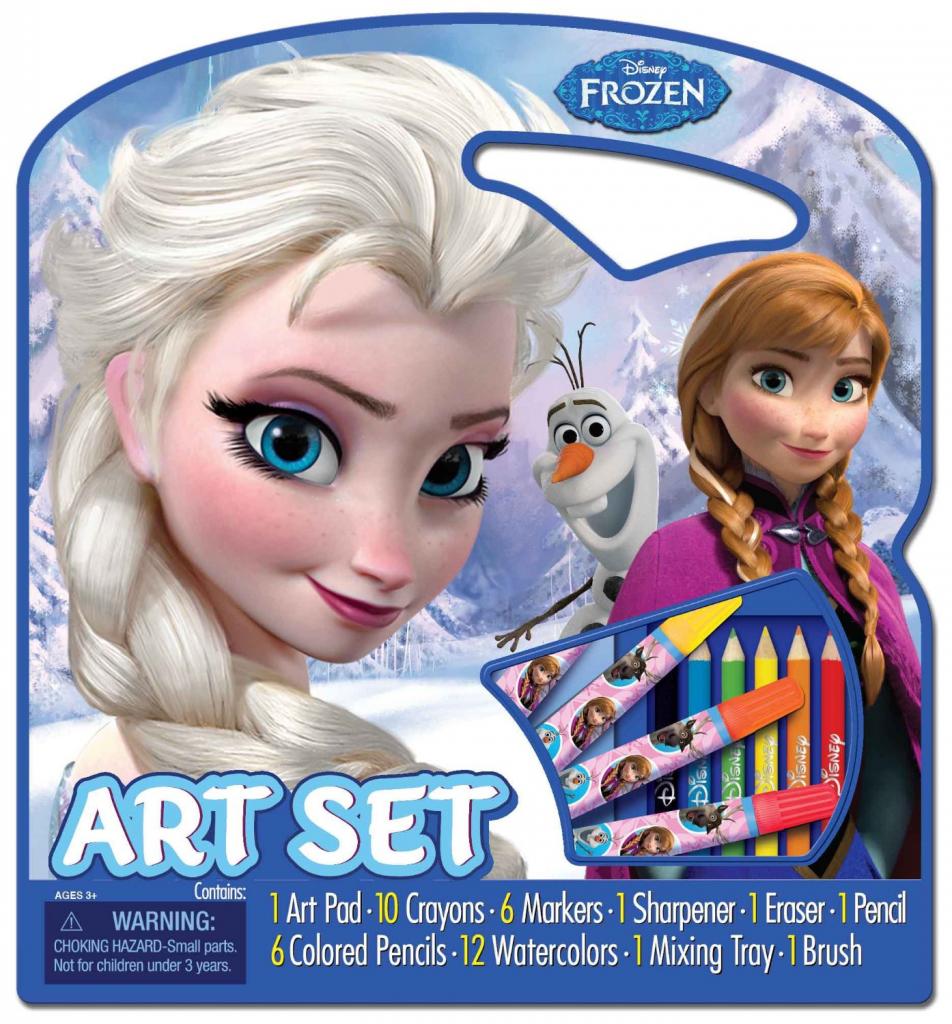 The Air Huntress Z-Curve Bow makes a great gift for any girl on your holiday list!