This was a dish I whipped up in under thirty minutes the other night due to the fact that when I came home from work everyone was mysteriously missing, and I had no food to eat!  You see my husband gets home from work two hours earlier than me so it is usually his responsibility to make dinner, only today he and the kids were nowhere to be found.  Don’t get me wrong, I don’t get this kind of alone time often so it was actually kind of a nice break for me, but I was starving!  That is when I started rummaging through the fridge to see what we had…..nothing, I was gonna have to make something.  No biggie, I love to cook and since my husband is the one making dinner now I don’t get to do it often.

I saw this roasted red pepper and spinach chicken sausage in the fridge my husband had gotten from Organic Valley.  He had just been telling me we needed to use soon as the date was coming up.  This is when my gears flip into overdrive.  What else can go with this?  We had some organic penne in the cupboard, so ok, a pasta dish.  We all love pasta.  We also had some organic spaghetti sauce, organic cream cheese, organic cheese.  Wow, I guess this was turning into an organic meal!

Here is everything I used: 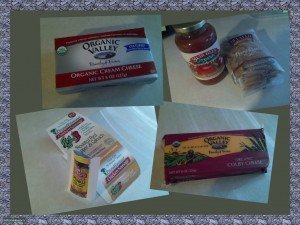 So here is what I did:

I took the chicken sausage and sliced it into thin rounds.  Then I lightly sauteed it in some coconut oil, along with some fresh onions that I happened to have chopped up and in the freezer  I also used some organic Bragg seasoning since I didn’t have any fresh garlic or herbs on hand. 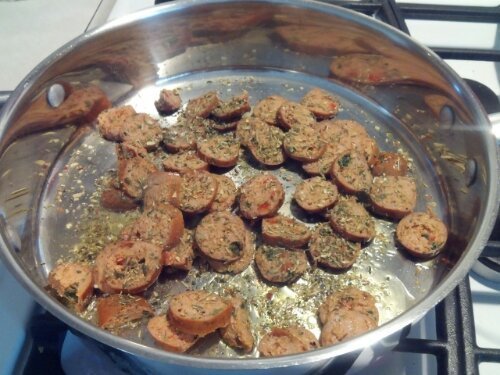 While that was heating I wilted some fresh spinach that came from our garden and mixed that in.  I also added some corn that we had from last year’s crop that was in our freezer (I used about half the amount pictured). 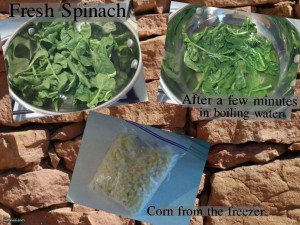 The pasta I cooked al dente as I planned on putting this in the oven for a bit.  Once the pasta was just right, I added it to the mix and tossed it to coat. 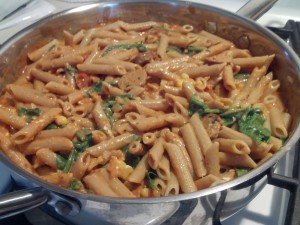 I added the shredded cheese on top of everything and stuck it in a 350 degree oven until the cheese was melted and bubbly. 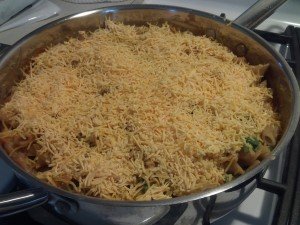 I could have probably gone up to 375 degrees as I think the cheese could have melted a little more (or left it in longer — but I was hungry!).

The end result was delicious!!!   Have a look: 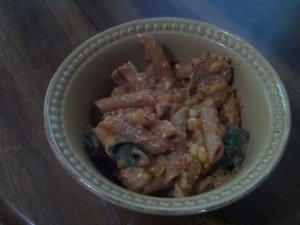 By the way, the kids and husband were having fun up at grandma’s house!  🙂 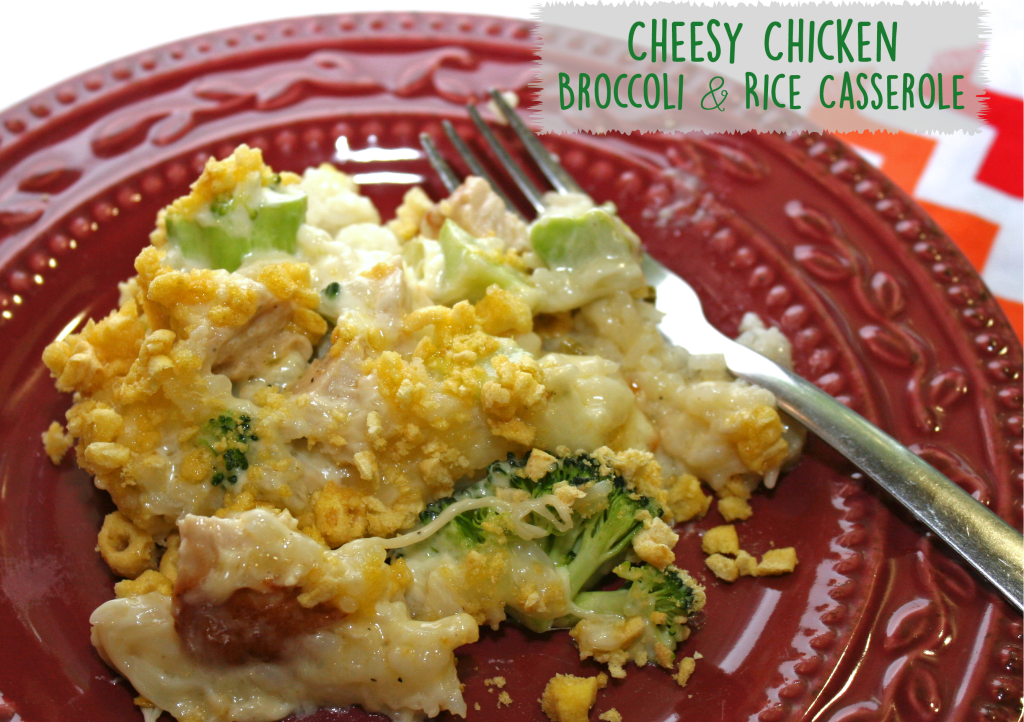 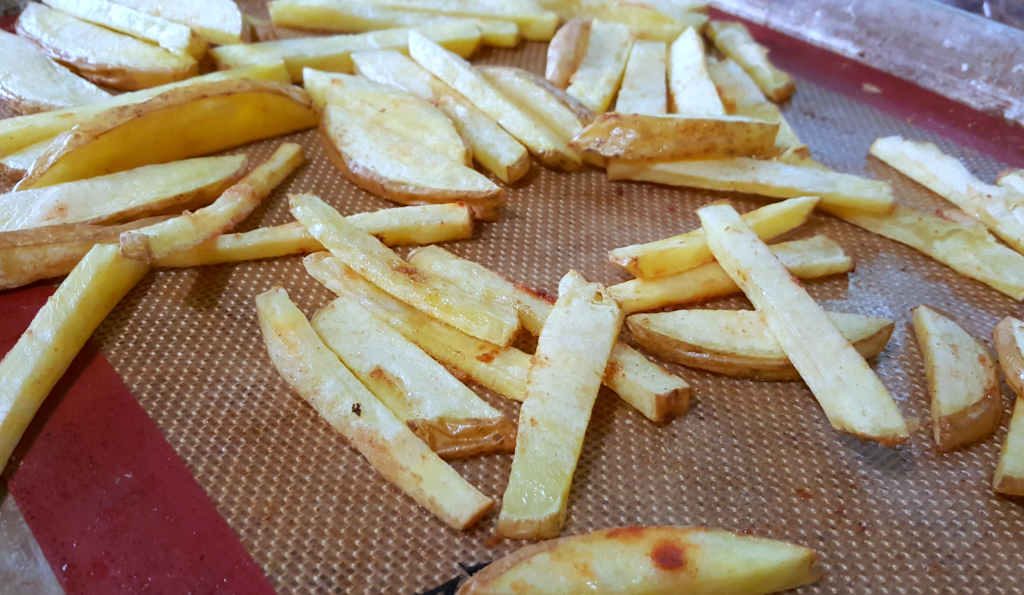 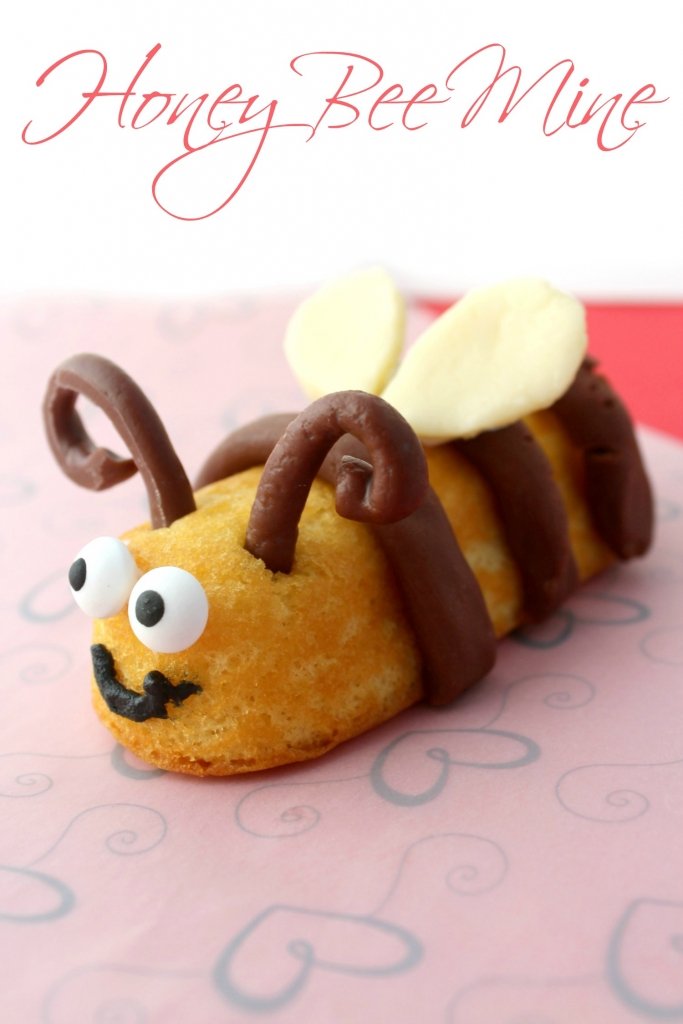