Dancing With The Stars Interview and Exclusive Dance Lesson! 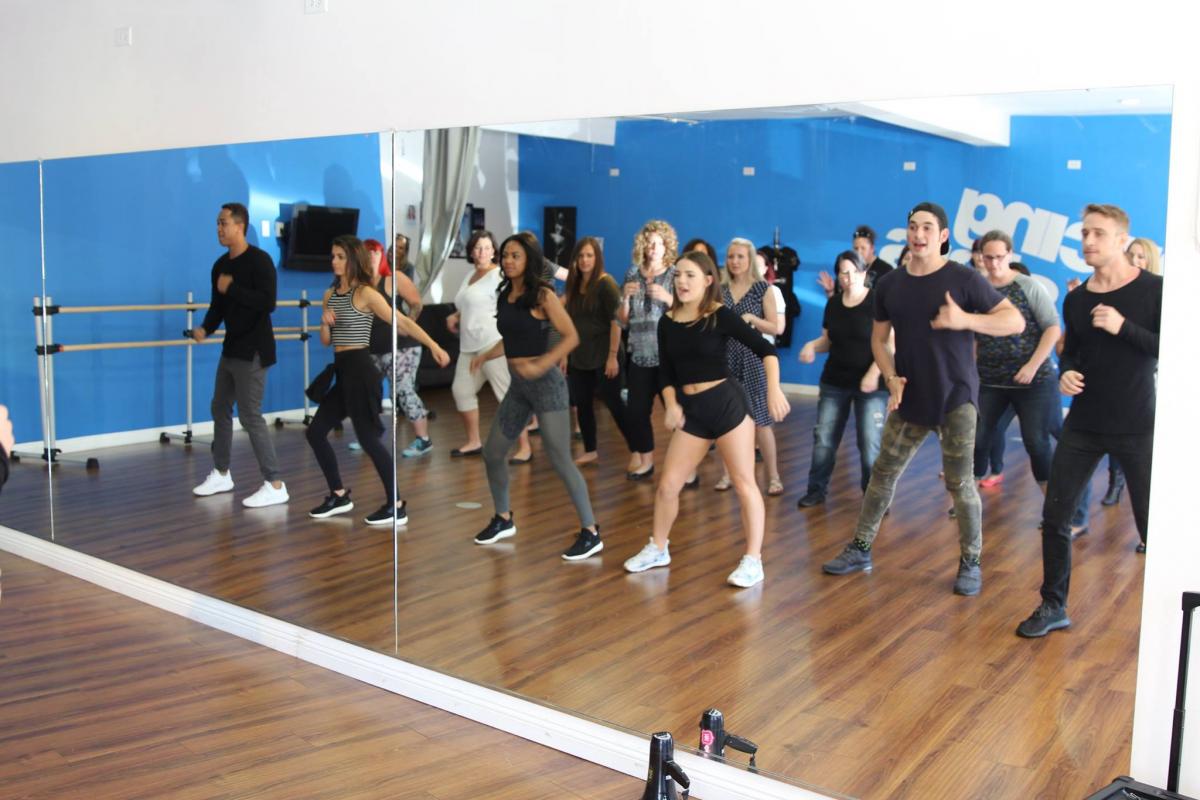 Last week I had the pleasure of meeting a few troupe members from the Dancing With The Stars ensemble while attending the Guardians of the Galaxy Vol. 2 event, hosted by Disney (all expenses were paid in exchange for press coverage).

I have to admit I was a bit intimidated by watching these amazing dancers perform the routine in front of us because they were going to teach us the same moves they were doing — yikes!

Dancing With The Stars Troupe

The troupe is a group of very talented dancers who perform on each episode as backup dancers as well as the bigger group performances. They have to learn many different routines each week and it can be a grueling week of practice practice practice before the big performances on Monday nights.

Dancing With The Stars Dance Lesson

While at the dance studio, we had a chance to meet and dance with Brandon Armstrong, Hayley Erbert, Brittany Cherry, Britt Stewart, Alan Bersten, and the newest member Artur Adamski (who happened to be my team’s dance coach!).

When we first arrived, many were a little apprehensive as to how grueling this was going to be (I’m always willing to try new things and make a fool of myself, but not everyone is ready for that). Alan Bersten took the lead in showing us the ropes and he kept the mood light, made us laugh, and made sure we all felt comfortable being there.

We learned some basic salsa steps as a group, and the pace was kept relatively slow at first. Then things began to pick up, which was okay for a while, but once they asked us to start doing arm movements WITH the steps we just learned — all bets were off and I was totally lost.

I had to stop doing the arm movements for a bit until I really got the steps down, then I was able to eventually add them back in (although I probably looked like a monkey flailing my arms about!) 🙂 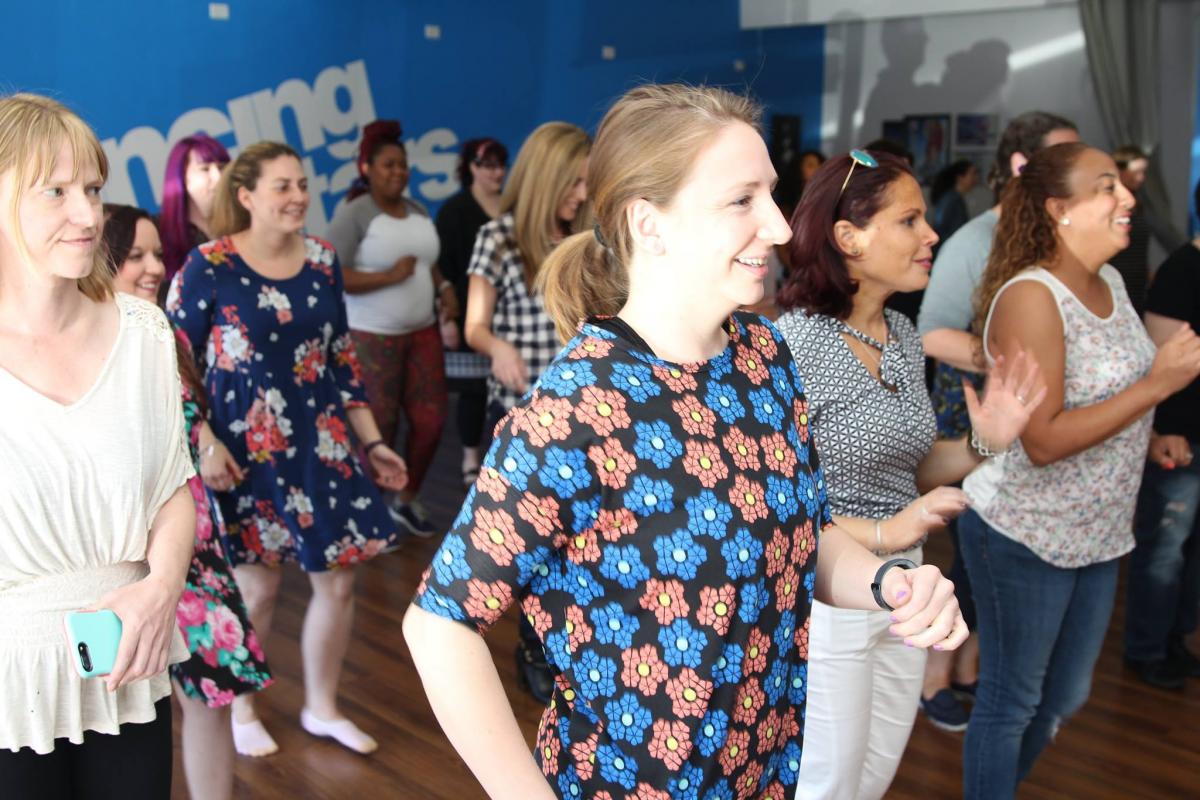 After learning the basics, we broke into groups to learn additional steps for a dance-off!

My team was paired with Artur Adamski, who was an excellent teacher, and very patient. 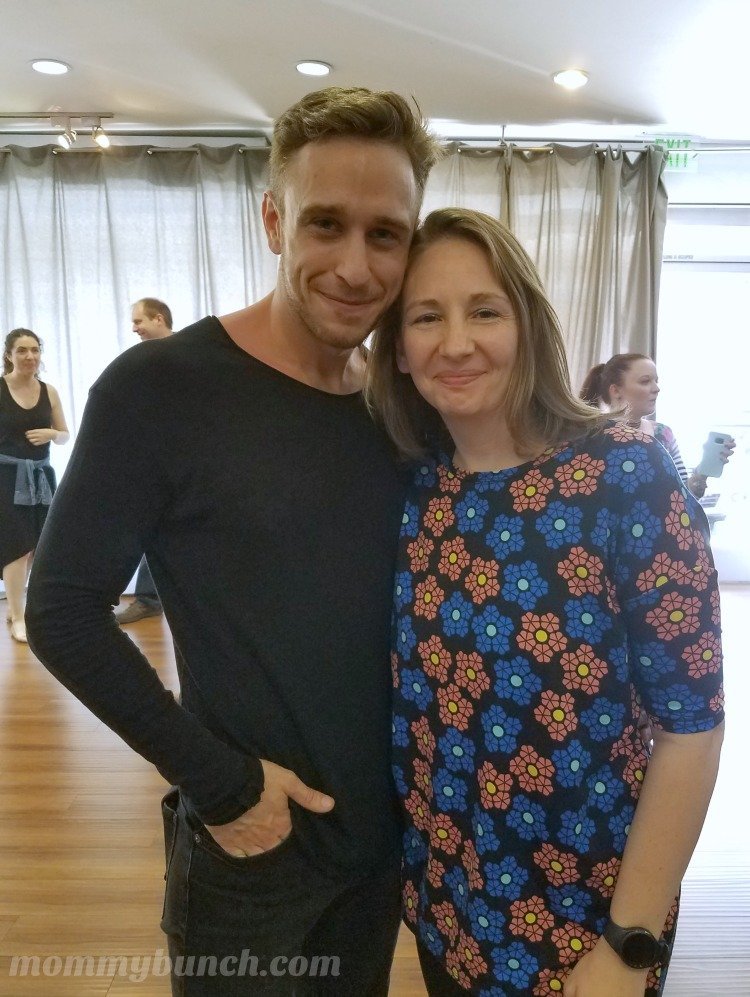 I may be a little biased, but I think our team won the competition. 😉 Check it out:

Tune In To Dancing With The Stars

Be sure to tune in to Dancing with the Stars on Monday night at 8 pm ET/7pm CT on ABC!

Here’s what is in store for this week’s episode:

The eight remaining couples will dance to some of the most iconic songs from famous boy bands and girl groups throughout musical history and Backstreet Boys’ Nick Carter is a guest judge!

To add some spice to the competition, it’s Team Dances with men vs. women:

TEAM BOY BAND
Bonner Bolton, Nick Viall, David Ross and Rashad Jennings will dance to a medley of “Dancing Machine” by Jackson 5, “You Got It (The Right Stuff)” by New Kids on the Block and “Best Song Ever” by One Direction.

TEAM GIRL GROUP
Simone Biles, Nancy Kerrigan, Normani Kordei and Heather Morris will dance to a medley of “My Boyfriend’s Back” by The Chiffons, “No Scrubs” by TLC and “BO$$” by Fifth Harmony.

Each Couple Will Dance to the Following Songs (in alphabetical order):

Rashad Jennings & Emma Slater – Tango – “Reach Out, I’ll Be There” by The Four Tops 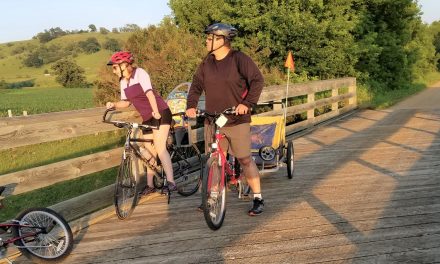 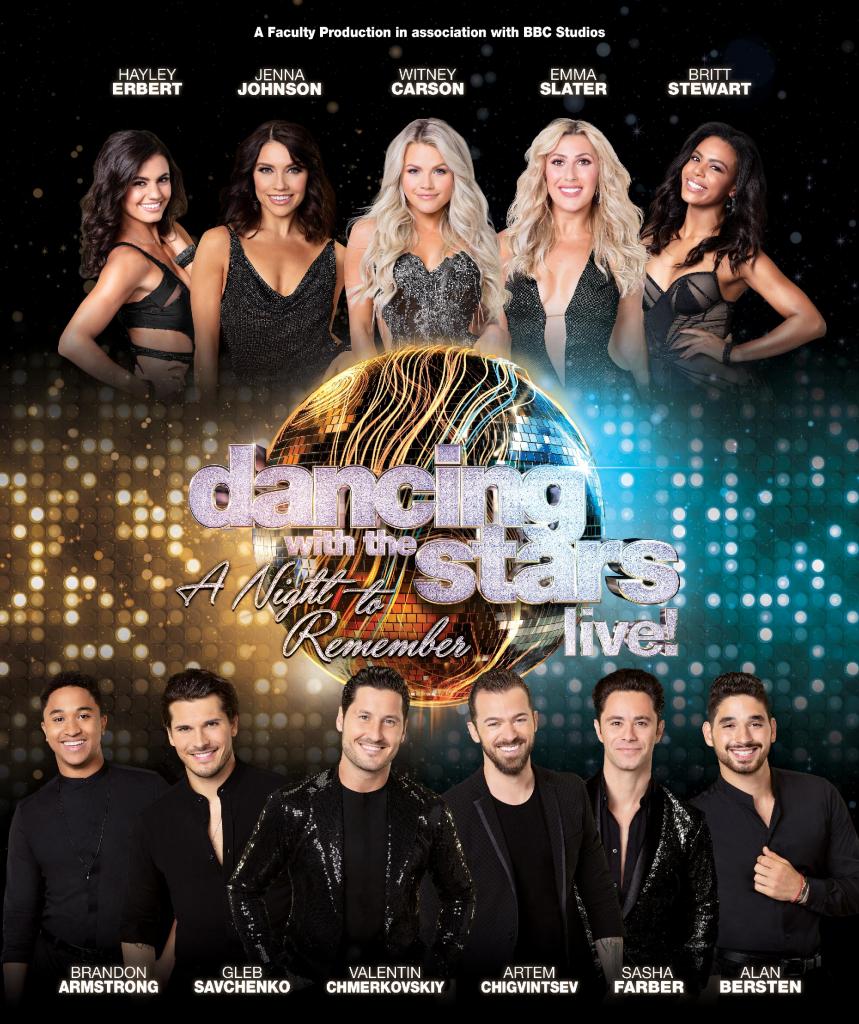 Did you correctly guess who the Wolf is?!