I recently had the pleasure attending the Guardians of the Galaxy Vol. 2 World Premiere! After the premiere, we had the opportunity to interview several cast members, including Dave Bautista.
This event was hosted by Disney (all expenses were paid in exchange for press coverage). 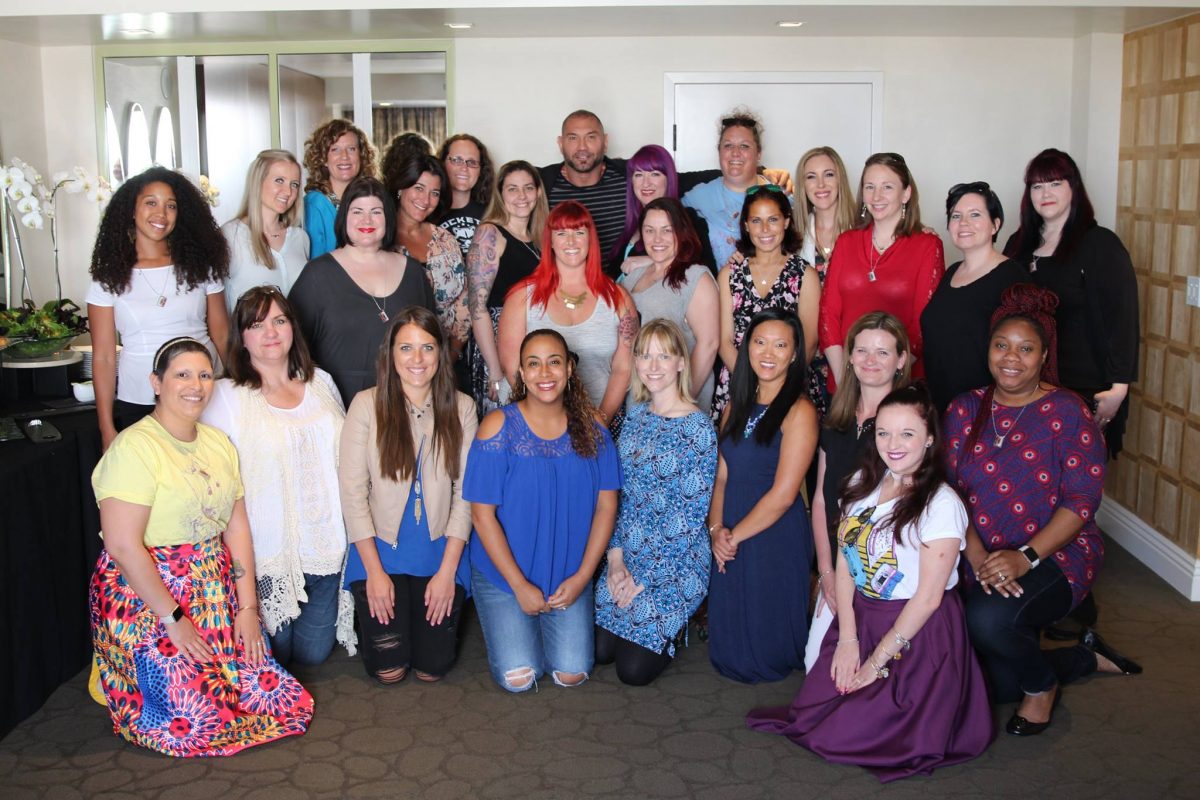 When Dave Bautista walked into the interview room where he would be interviewed by 25 bloggers, he was quiet, shy, and he looked a bit nervous. A pretty stark contrast to his huge frame and outward appearance. He was quite uncomfortable in his current environment, and he let us know he was not comfortable in situations like these, but grateful to be in this situation nonetheless. 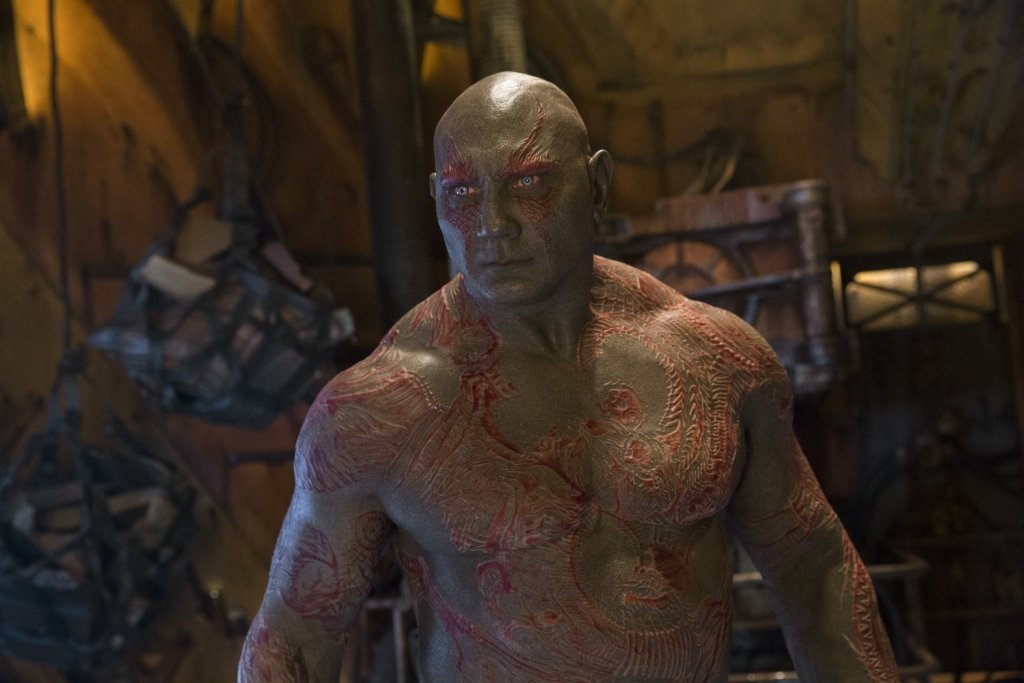 When I first read the script, I wasn’t crazy about it.  This is my initial reaction, when I usually get a script I go over my dialogue first.  So, I read over my dialogue and for one I was expecting them to go a different direction with Drax. 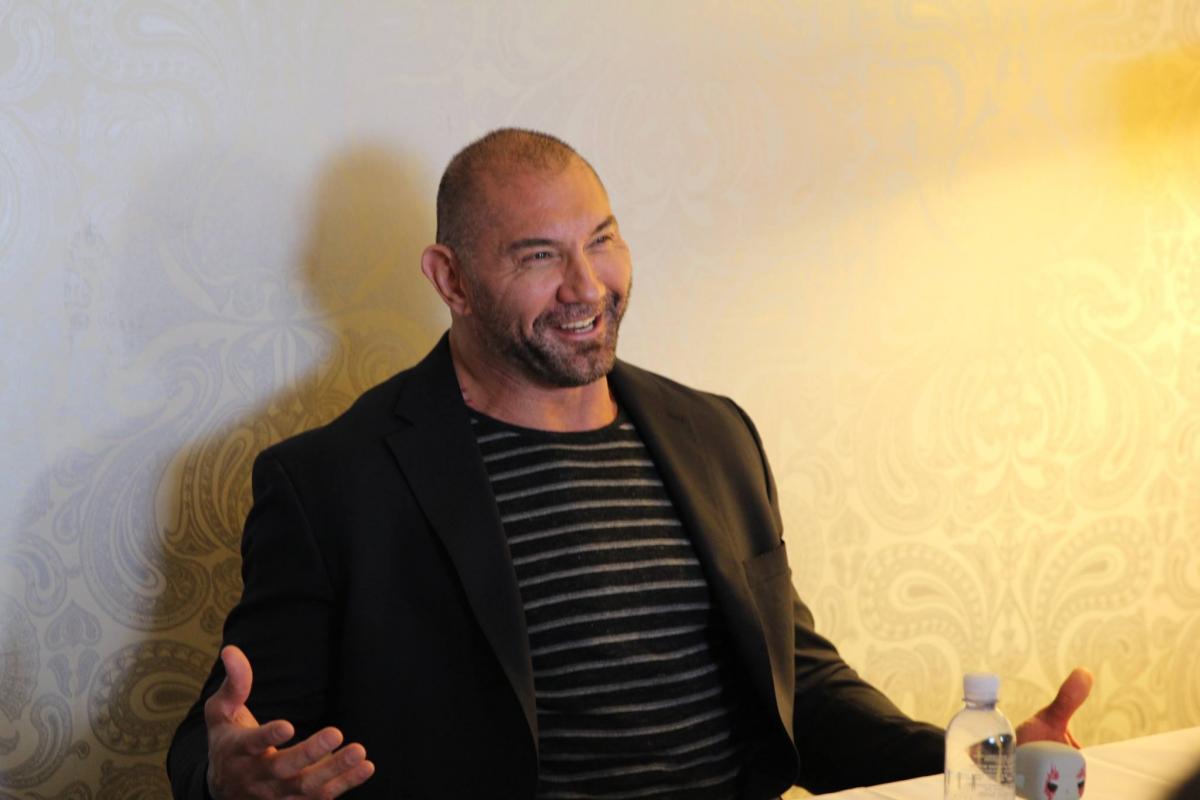 Then I read the [whole] script I thought, wow, this is really a great script.  It’s deep.  It’s emotional, but I still was a little bit disappointed about my part.  And then the first day we did our table read, I realized it was hysterical.  And then I just started — I just had a completely different outlook on it as a whole.

Dave on Watching Himself Onscreen

As far as watching me on film, I just cringe.  I just like don’t watching myself on film.  It’s just uncomfortable.  At the premiere,  every time I was on the screen like and I knew I was gonna say something I just kinda put my head down and just try to get through it.  I just don’t like it.

We were filming and we watched playbacks, everybody knows that I don’t like ‘em.  You know, they’re ‘call Zoe, call Chris to watch the playbacks’.  They don’t call me to watch playbacks, because they know I won’t sit there and watch it.

Dave On Spilling The Beans On Avengers

I would love the spill the beans [about The Avengers plotline]. I can tell you this. We’re in The Avengers.

My fear going into The Avengers was that they were gonna try to make us into characters that we weren’t, they were gonna take their [idea] of the Guardians and try to go with that and not let us be James Gunn’s Guardians. And it was completely opposite. 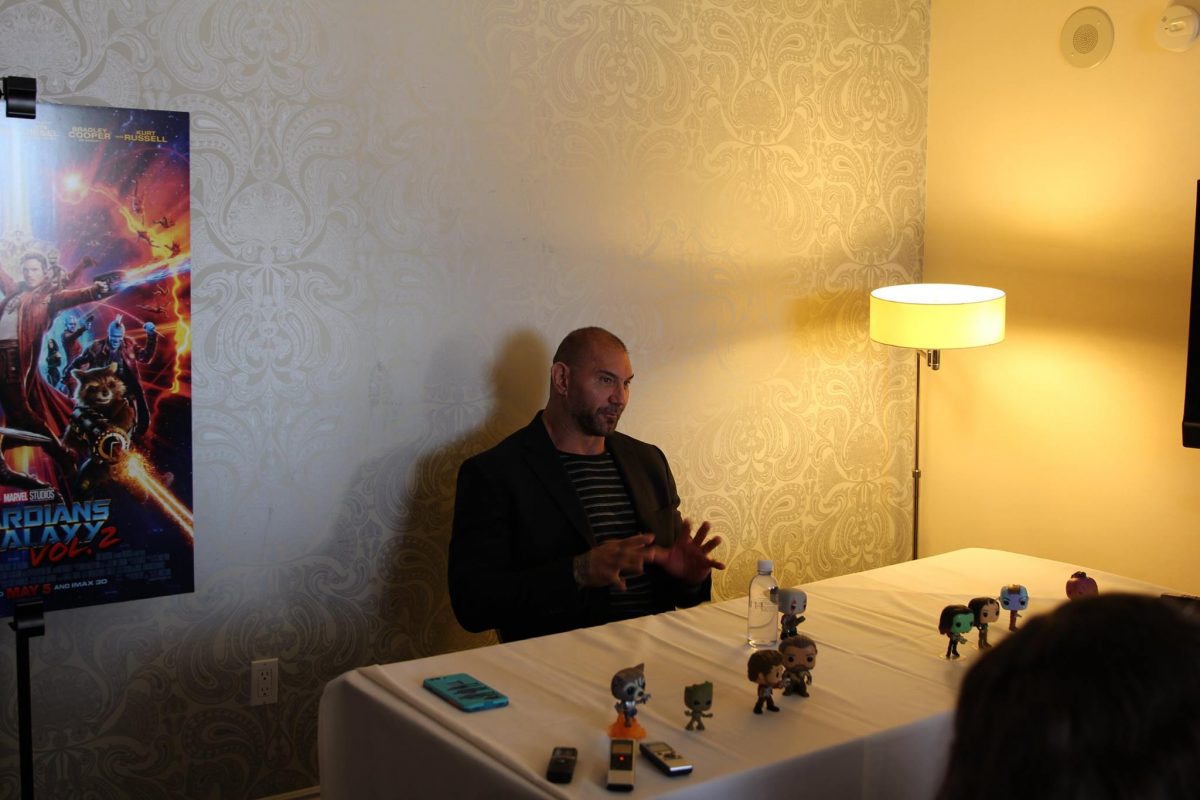 For one, we had the luxury of James who did a lot of the writing for us. And also when we showed up, the Russo brothers was just so encouraging to us being our characters. And a lot of times because we have a certain way of doing things.  I mean we’ve done two films.  You have the two Guardians films.

A lot of times we would say something that wasn’t even on page, wasn’t even close to what was on page and they’d come running on, ‘what was that you said on the last take?  And we’d say it’ again.  They’d say, ‘yeah, do that again’.  They just kinda let us be ourselves. 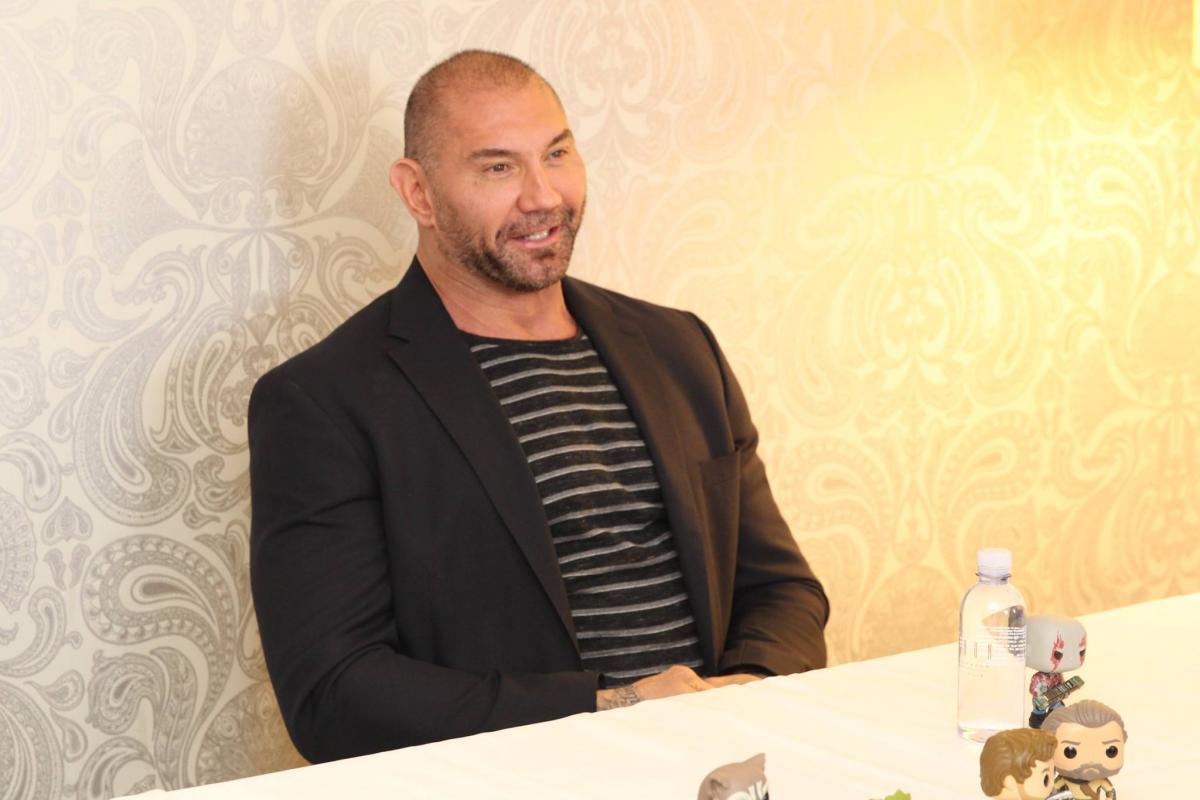 In my opinion, Drax is one of the characters that really makes Vol. 2 shine. In the first film he had more of a secondary role and wasn’t really in the forefront at all, but in this film his character really comes to life in a great way. I really think you are going to love it, I sure did! 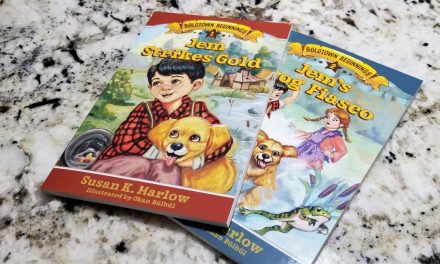 Playing games with your children can be a great bonding experience! ~Giveaway Event