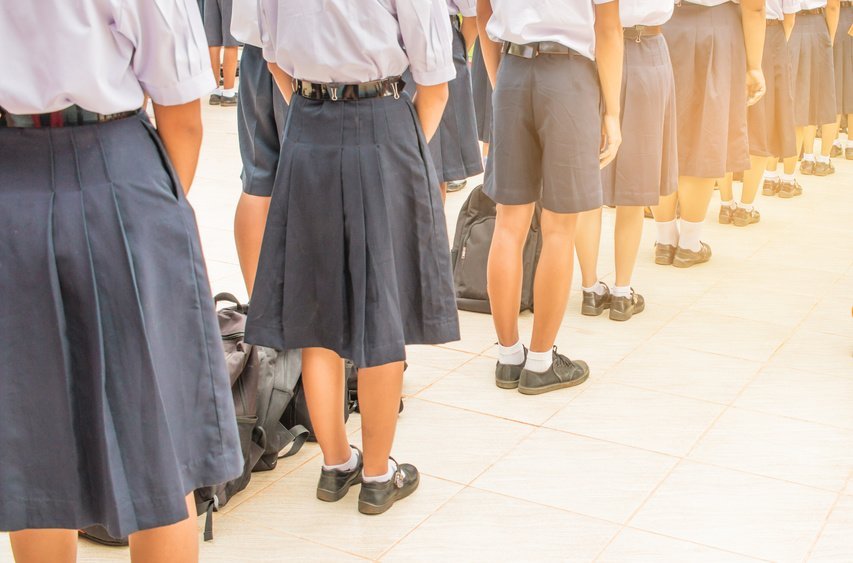 Many private and publicly funded charter schools across the nation have adopted dress codes to promote the idea of dressing for success, but the history of American school dress code laws actually involves the restriction of self-expression. According to FindLaw.com, the first school dress code law was established in 1969 following a student protest against the Vietnam War. In that case, the U.S. Supreme Court rules that schools are allowed to enforce dress codes and limit student expression in other ways if there is a valid concern that student expression could violate others’ rights or disrupt the learning environment.

It’s that last piece — the possible disruption of learning environments — upon which many today’s school dress codes are based. Around 25% of all U.S. schools are private, and while many of those schools used to require students to wear uniforms, most have now replaced that requirement with dress codes instead. And although some proponents of the idea will stress that this can have its advantages, some families have found out the hard way that their school’s dress code may be inherently sexist.

In Leland, North Carolina, both parents and students were taken aback when they realized that Charter Day School — a renowned and publicly funded K-8 charter — enforced a dress code that prohibited female students from wearing shorts or pants as part of their daily attire. Boys, of course, were allowed to wear either, but the girls weren’t allowed to wear clothing that would provide more warmth and freer flow of movement.

When mom Bonnie Peltier emailed school founder Baker Mitchell for an explanation, she was shocked when she was told that the dress code promoted “chivalry” and that it reportedly helped to instill traditional values. Peltier relayed to the Huffington Post that Mitchell claimed the dress code promoted good manners, improved behavior, and could even thwart school shootings.

When Peltier became locked in an endless email battle with the school, she decided to take things up a notch. She, along with two other Charter Day mothers, sued the school in federal court on behalf of their daughters in 2016. They and their lawyers argue that the dress code is discriminatory against female students and violates Title IX — the federal civil rights law that pertains to public education.

While 75% of young children in the U.S. participate in preschool programs that get them ready for primary school, not all of those primary schools receive funding from the government. That’s the piece that matters here, explained one mother to the Huffington Post:

“They get public money. And they need to abide by the law,” said Erika Booth. “They need to go ahead and treat girls equally. That’s it. That’s the bottom line.”

For its part, Charter Day representatives have pointed out that there’s nothing illegal about having different dress code requirements for different genders. But even though the school argues that the code poses no negative impact to girls — pointing out, strangely, that female students outscore male students on standardized mathematics exams — some students and parents say otherwise. Booth claims she’s had a lot of support for their cause, and a petition to change the existing dress code received more than 100 signatures in 2016. One eighth-grade student noted that she felt she couldn’t play sports or even do cartwheels during recess like her male peers because she has to wear a skirt. While an estimated 209,000 girls in the U.S. play high school soccer, it’s nearly impossible to totally commit yourself to the game if you’re worried about improper exposure (and being punished for it). The same student explained she was once put in time-out when she was in first grade for sitting cross-legged instead of with her legs curled to the side.

Charter Day families aren’t the only ones fighting back against outdated dress codes. At the Lawrence Family Development Charter School in Massachusetts, male students are allowed to wear dress pants all year round. But female students can only do so during the months of December through March; during the rest of the year, they’re required to wear plaid skirts instead. Several students feel the policy is discriminatory and outdated — so when April rolled around, about three dozen female students continued to wear their khaki pants in protest. Some of their male peers acted in solidarity and opted to wear plaid skirts to drive home the students’ desire for a gender-neutral dress code.

Neither of these cases has actually been resolved as yet. But their coverage in the mainstream media is reflective of similar issues all across the country. At another Massachusetts high school, six out of nine regulations in the dress code were found to be directed towards female students. Even at public schools, the rules of dress are often geared towards policing female bodies. The reasoning for prohibiting spaghetti strap tops or skirts with hemlines above the knee is often that this choice in attire is distracting to other students (particularly those of the male gender). Not only is this a form of victim-blaming, says Shauna Pomerantz of Brock University, but it’s offensive to students of all genders. Instead of expecting male students to learn and exhibit proper behavior, the onus falls on females to not tempt other students with their choice in attire.

In some cases, the stakes may be higher than simply not letting a student wear her favorite pair of pants. Although there are 1,240,000,000 pairs of denim jeans sold around the world every year, some schools may force students to miss class or may even suspend them for violating dress code policies. According to the National Center for Education Statistics, 53% of public schools enforced strict dress codes during the 2015-2016 school year. In Washington, D.C., female students surveyed reported witnessing or experiencing the enforcement of school dress codes. Punishments for violations of these codes included missing class in order to change clothes or school suspension. Black students are often punished more harshly or more frequently than white students for dress code violations.

The American Civil Liberties Union reports that dress codes are deemed legal as long as they don’t “treat boys and girls differently, force students to conform to [gender] stereotypes, or censor particular viewpoints.” While some students might not see anything wrong with the dress code at their school, others may feel that the enforcement of these codes is, ironically, what’s actually disrupting the learning process.

The Girl Scouts of America website has some excellent advice for parents who may be dealing with a child or teenager who takes issue with their school’s dress code. After listening to your child, the site suggests:

“Rather than telling your girl that rules are rules whether they’re unfair or not, recognize this as a great opportunity for her to engage in civic action and stand up for what she believes in. The world never changes if people just shrug their shoulders and accept status quo!

“‘Questioning school rules — whether or not they’re fair, why they exist, and whether or not they serve the purpose they were intended to — sets your daughter up to be an active member of our society as she gets older,’ says Dr. Bastiani Archibald. ‘We need more leaders who take the time to not just think about why rules and systems are the way they are, but also how they can be improved and made better for everyone.'”

Challenging an established set of rules may not be an easy task — but if you and your child truly believe that the school’s regulations are somehow detrimental to students, they should be examined further and questioned. If you decide to go this route, you certainly won’t be alone. Though it could be a long road ahead, equality is a cause worth fighting for.

My Baby is Sooo Smart! The funniest parenting video this year!

Live Life Outside This Summer! 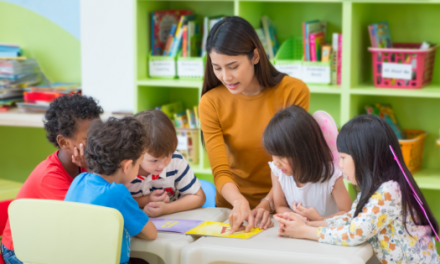 Rewarding Jobs Teens Can Pursue Without a Bachelor’s Degree 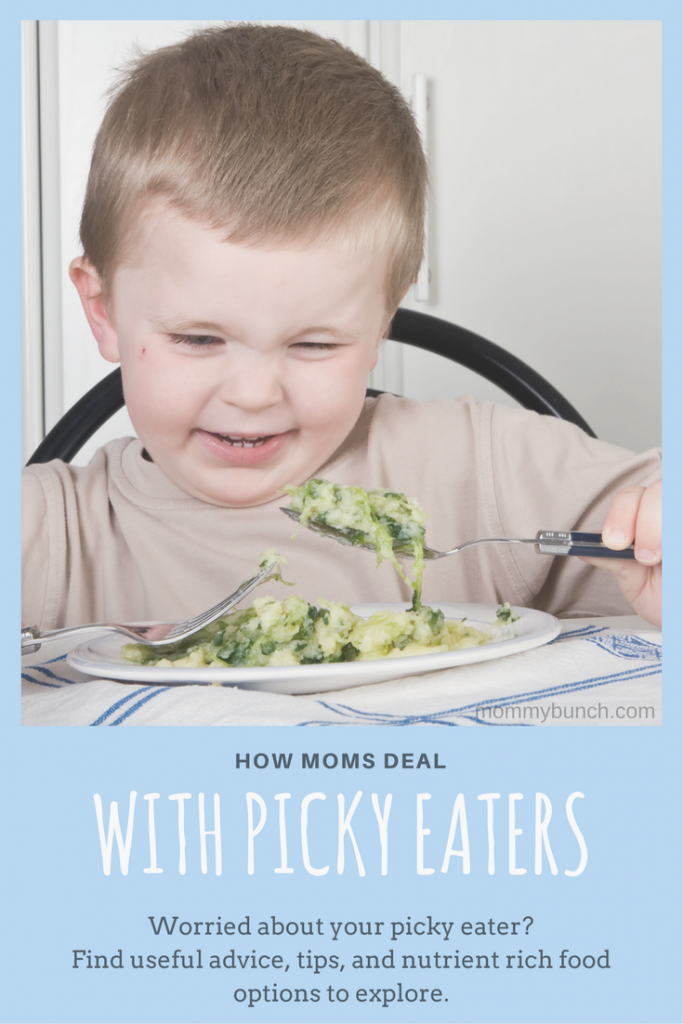 My Toddler Is A Picky Eater – Now What?