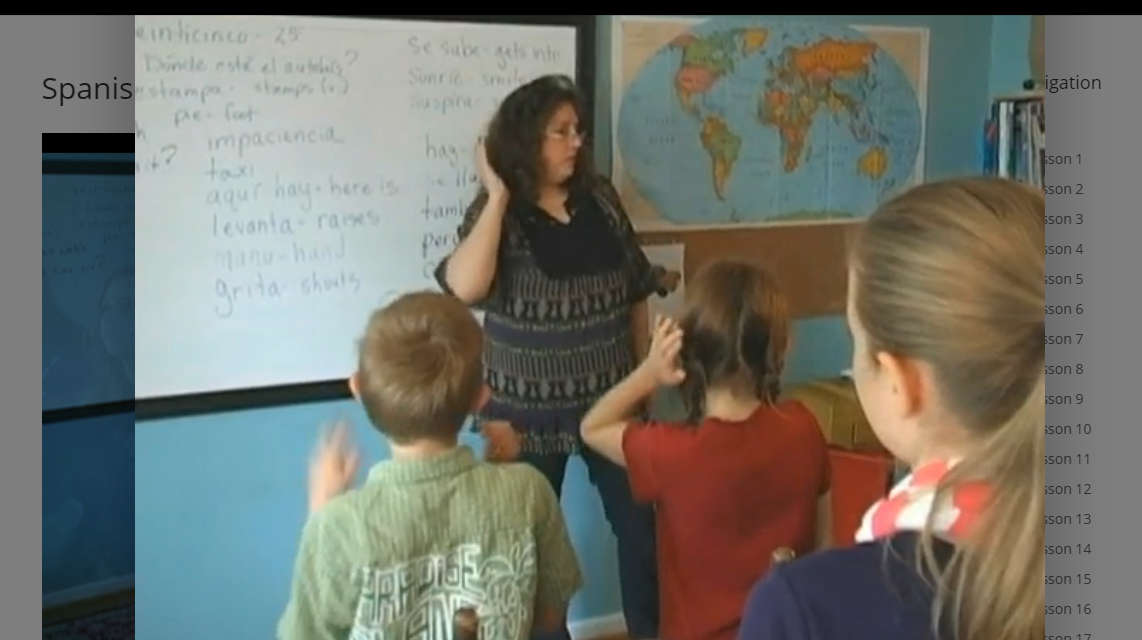 When I made the decision to homeschool my children, I made it clear we were all going to learn a foreign language. Over half of the population of the town we live in is Spanish-speaking, so choosing Spanish as our second language was an easy choice.

My family consists of me, my four children, and my husband. While my husband has no interest in learning another language, my kids and I have been working at our Spanish skills any chance we can get. Even my 3 yr old is loving the songs we are all singing together!

But that was about as far as we were getting — singing a few songs together and learning a couple of phrases. Since I don’t know any Spanish myself, teaching my kids hasn’t been the easiest thing to do.

Learning Is A Dynamic Process

I have checked out books from the library (some better than others), watched YouTube videos (which is where we learn a lot of the songs we sing), purchased audiobooks and printed out games that we can play in Spanish.

But how do you teach someone conversational Spanish when you don’t speak the language yourself?

Because I want my children to hear more than my (probable) mispronunciations and a few children’s songs, I decided to give the Excelerate SPANISH Streaming lessons a try. I want us all to excel in our Spanish speaking skills!

What is Excelerate SPANISH? Excelerate SPANISH Streaming is an online course that you can stream any time you’d like. The lessons are all recorded so you can watch them at your convenience. There are also optional workbooks you can purchase to go along with the course.

The first time I logged in I was met with a short introductory video that explained how you should use the program. From there, you can click on whatever lesson you are working on and view the video that goes with it.

Videos are typically about 35 to 40 minutes each and are basically a recording of a lesson taking place in a school environment. There are students in the videos that participate in the lessons, and you and your children are encouraged to participate right along with the other students as if you were there.

At first, I wasn’t sure how much we were going to get out of the lessons because the teacher starts rapidly speaking in Spanish and writing vocabulary words on the board. It all seemed a bit overwhelming upon first glance. However, you will find that as the lesson goes on you really do start to learn and understand. This is mostly due to the fact that the instructor uses a lot of repetition as well as hand gestures and motions to act out what the words mean.

You are meant to do these hand gestures and participate as the words and phrases are being said, just like the students in the class.

After going through the set of vocabulary words for the lesson, a review is done where phrases are said in Spanish and you are to say or act out the correct word.

I was doing the program along with my children and found it a great way to start learning phrases and vocabulary, however, my children found that they didn’t really care for learning this way. Depending on the day and their mood they may have been fully into participating, or they may have done a few of the gestures and then started to fizzle out.

So that we could all do the lessons together, I used an HDMI cable to connect my computer to our television. You can really do the lessons anywhere you have internet access, so that is a nice plus.

We were doing lessons at least two times a week and tried to fit them in more often when we could, which didn’t always happen due to busy schedules. If it were just me I may have watched the videos more often, however, I wanted to make sure my kids and I were all doing the same thing at the same time.

One thing that I think may help my kids to learn and retain more information is to have the workbooks as we are doing the lessons. We were not provided the workbooks for this review, but I think they are something you really need to have if you are going to work through these lessons.

The students in the videos all had the workbooks, and part of the lesson includes pulling out the workbooks to follow along and answer questions, which is hard to do if you don’t have it.

Since my children do not know any Spanish we started with Spanish 1, however, I did glance at a few of the Spanish 2 videos to check them out. Thee videos are similar in format, with vocabulary words written on the board while the teacher pronounces and uses gestures to ‘act out’ the words.

One difference I noticed is that the video recordings have improved in quality, but are longer. There is the addition of music to some of the stories, and text overlays are used as needed as well.

Overall I do think that you can learn a lot of Spanish if you are consistent with the program and use it at least a few times a week. I would recommend doing the lessons more than the two times a week we are able to get in, and I highly recommend using the workbooks to go with the video lessons.

Head to Homeschool Review Crew to read even more reviews of Excelerate SPANISH. Have diapers will travel 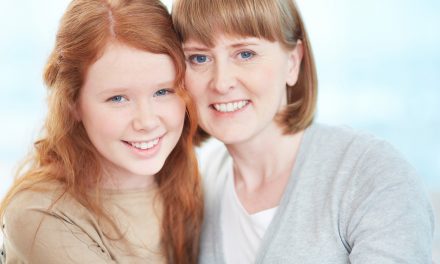 How to Talk To Your Teen About Their Future