Recently I decided I wanted to take a trip to my local Verizon Store to learn more about their wireless workshop classes.  This is a program I learned about through the Verizon Savvy Saver program, and I thought it would great to learn more about it so I could share that information with you.  During my trip I actually learned a lot more than I had anticipated and I am excited to share with you everything I discovered during my visit! 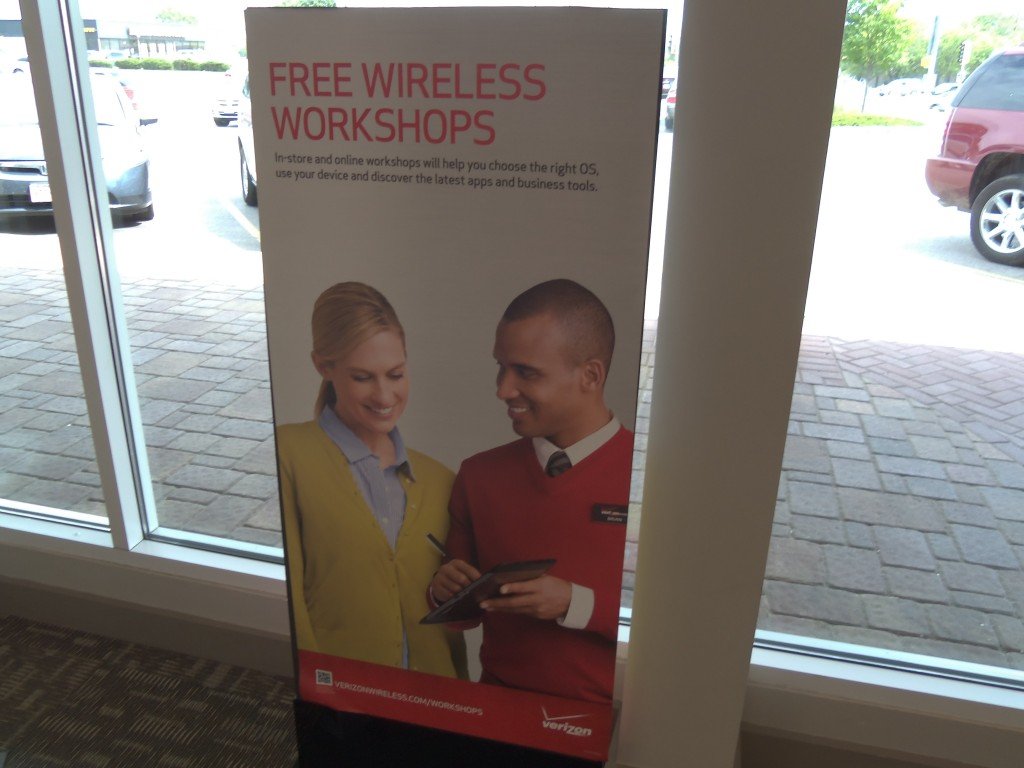 My journey to learning more about this program started with calling my local Verizon store to make sure they were available for me to come in and talk to them.  I had checked out the workshop schedule online and the next workshop wasn’t for two weeks; I wanted the information sooner than that, plus this one was for the iOS and I have an Android system.  When I called the local number I got a dialing tree.  We all know how those go…… let’s just say my first attempt at navigating this tree wasn’t so hot and I ended up hanging up, lol.

I called again and figured I would select the “sales” option, as this was most likely to get me someone in the store.  I was right!  I got a young lady by the name of Jennifer on the line who was very nice and very helpful.  I explained to her I was looking to learn more about the wireless workshops they offer and was wondering who I could talk to about that, or if I could come in and speak to someone about it.  She told me when the next workshop was and that I should just come on in.  I mentioned that it was listed as an iOS workshop and that I have Android.  She told me it doesn’t really matter that much because they will work with each person on any questions they have regardless of what system they use.  I then explained that although that would be great, I cannot come in on a Saturday because I live about 40 minutes away and I would have my two little kids in tow.  My only option would be to stop in after work some day, or come over on my lunch.  She told me that although she would not be in the next two days, I could stop in at any time and anyone would be happy to help me.

The next day I decided I was going to go ahead and pop over to Verizon on my lunch as Jennifer had suggested.  When I got there I spoke to a nice young lady named Lynne, who directed 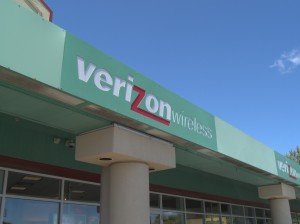 me to her manager Jason once I told her what I was looking for.  Jason said he would be glad to help me and provided me with a “cheat sheet” that they hand out at all of their workshop sessions.  The cheat sheet gave lots of tips for new users on how to use an android device, and also listed some of their favorite FREE apps available in the Google Play Store.

In addition to the cheat sheet, Jason described the program to me a little.  He said that when they run the workshops customers come into the store and they run the workshops right there.  They have an area for the customers to sit and listen to a brief (10-15 minutes) overview of wireless service, and general information about devices.  After the brief overview, they allow the customer’s to ask questions that they are interested in knowing more about.  He mentioned that they like to keep the ratio to about 4-5 customers per employee so they can provide more one-on-one service to each person.  Because of this one-on-one time, new users and experienced users can both take advantage of these sessions because the questions you want to know about will be answered.  If you are a new user, you don’t have to worry about the material being over-your-head; and if you are an experienced user who wants to get more in depth into a certain program or application, they can help you with that too!  If you can’t make it into a store for any of their free workshops, you can also do an online version from the comfort of your own home!

After I talked to Jason about the wireless workshop program, I decided to ask a few questions about my Motorola Droid Xyboard.  I have been having problems charging it lately and thought they might be able to give me a few clues as to what was going on.  Lynne hooked the tablet up to a charger they had in the store to see if it would charge for her — it did!  Then I asked a few questions that have been weighing on my mind.  I wanted to know if I could use any Motorola charger to charge the Xyboard or if it had to be the one that came with the tablet.  My husband has been hounding me to use the charger that came with the tablet, and not the one we have been using for all our other devices because he says they are different.  Turns out he was right.  Jason told me that the charger that comes with the tablet is designed to give it more power.  He said basically it is “amped up” to be used for a higher powered device than a regular smart-phone (his words).  Using any other charger will not allow it to charge as fast or as fully as using the one that came with the tablet.   Good to know!  I guess husbands can be right once in a while after all.  🙂

Then next thing I wanted to know was why my Xyboard wouldn’t hold a charge.  I explained that I can charge this thing overnight and the tablet will still die within one day.  Jason told me that I really can’t expect to get more than a day’s worth of charge out of the tablet, and this is typical.  He gave me some high tech gobbelty-gook answer about how the tablet uses more power to run, especially since it is a 4G LTE device, which is basically like using a Rolls Royce vs. a Pinto — or something like that (I can’t remember what he actually said, but it was something along those lines).  Not really the answer I wanted to hear, but at least I knew I wasn’t doing something wrong.  As long as I shut the tablet off when I’m not using it, and be sure to only use the charger that came with the tablet, I should be able to get more use out of my battery than I have been so far.

I also mentioned that there have been times when I have been at a conference using only my tablet to connect, but the battery wouldn’t last long enough and then I would be without.  He told me there was a portable charging device that I could use that would allow me to get extra life out of my battery when I’m on the go…. I would just need to remember to actually charge that device, lol.  He even brought it over and showed it to me, how nice.  🙂  It is called a mophie.  Take a look: 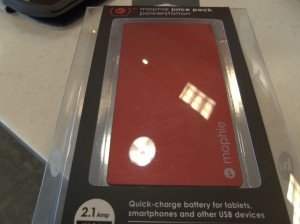 I was also able to learn a few other things while on my visit.  You see, I had a bit of time to wander around the store while Jason was “in back” getting me some information about the workshop program, and I was amazed at all of the services available in the store.  They offer…. well just take a look for yourself:

Can you believe there is an express pay stand right in the store?  I didn’t know that was there.  I guess if all of the sales reps are busy you can just walk right up and pay your bill without even having to talk to anyone.  This machine even takes cash!  There is also a station where you can change your plan, take a look at your bill, basically anything you want to look up on your account, you can do it at this station.  The last thing I noticed was the HopeLine donation bin.   HopeLine is a wonderful program that can help lots of people in need.  The program allows people to donate their used cell phones and then puts those phones in the hands of abuse victims.  If you would like to read more about the HopeLine program, check out these informational posts from our friends at Go Mamma Coupons, A Few Short Cuts, penny pinchin’ mom, Mommy Goggles, or Moments with mandi.

Disclosure: I am participating in the Verizon Wireless Midwest Savvy Savers program and have been provided with a wireless device and six months of service in exchange for my honest opinions about the product.

Want to Make Sure Your Teeth Sparkle on Your Wedding Day? Use These Tips! 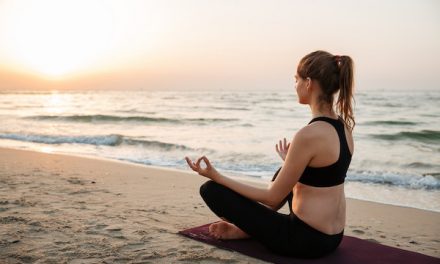 Take a ‘Momcation’ – You Deserve It!