Have you gone Noseblind? Would you tell your friends if they have?

This review and giveaway was made possible by Double Duty Divas and Febreze. I was compensated for my participation in this campaign, but all opinions are 100% mine.

I was recently asked to conduct a test in my home to see if we suffer from the non-deadly, but annoying disease of noseblindness. Inviting others into my home and subjecting them to what is probably the most rampant disease spreading like wildfire across the country might seem like a truly dangerous undertaking, but I assure you — it was all in good fun and made good scents (<–see what I did there). 🙂

You see, Febreze recently provided me with some tools to see if we suffer from noseblindness, that thing that happens when you start to become accustomed to the smells of your home so you can no longer really distinguish the different scents. I conducted the test while my family was visiting this weekend since I knew they would be honest about what they were smelling. 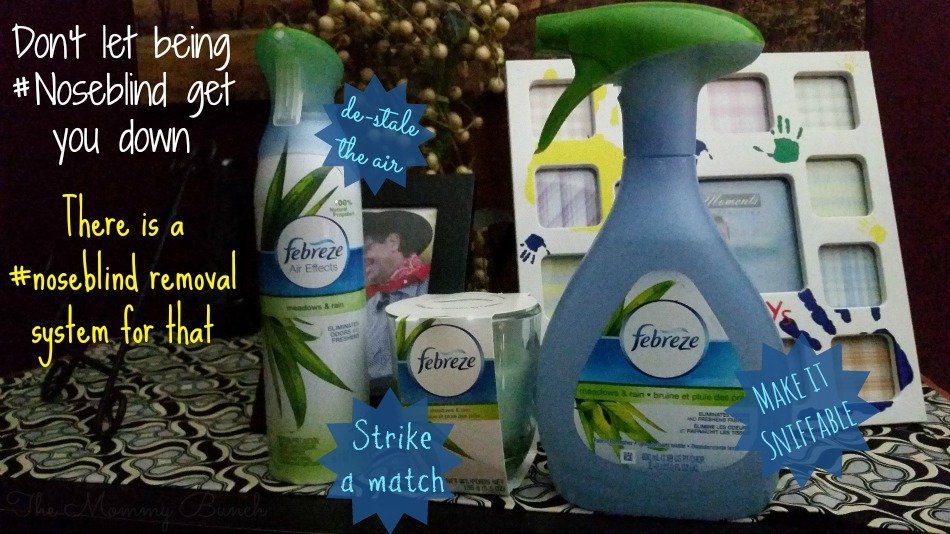 Here’s how we did it and how you can conduct your own Noseblind test:

Invite a few friends or family members over that don’t frequent your house on a daily basis. Have them jot down what types of smells they are experiencing upon arriving at your house. You can have them do it anonymously or not, up to you.

After jotting down the type of odor in your home, ask them to rate the strength of that smell on a scale from 1 – 5, with 5 being very strong and 1 being very weak.

Grab some popcorn and pop a bag or two, get settled in to chit-chat, watch a movie, or whatever else suits your fancy.  As your guests are settling in, ask them to again jot down the predominant scent/odor in your home now. Again have them rate it on a scale from 1-5.

Sit back and relax, watch a movie, or just catch up for a while. You should spend at least 45 minutes to over an hour before asking them to once again jot down the most predominant odor in your home, and again rate it on a scale from 1-5.

Ask your friends to write down their answers to the following questions:

My test showed that in the time it took to watch a movie we had grown accustomed to the popcorn smell that was permeating the space, and one person no longer smelled any popcorn scent by the time the movie was over.

Try out the test for yourself and let us know your results in the comments — I’d love to hear how your noseblind test plays out!

What is noseblindness (according to Febreze)?

Noseblindess is a nasal condition where you become accustomed to the odors around you over time, which are created by the odor cycle. Odors from various activities are released inside your home where they can stay airborne or deposit on the soft surfaces that act like odor-magnets. As a results, most perceive a certain scent as “home” but don’t detect this familiar scent as malodorous.

This can be embarrassing when entertaining guests as you are left wondering what your guests are smelling, and if your home really smells okay. Guests can typically instantly detect any masked odor since they have not become noseblind to the scents in your home.

Febreze offers a simple solution to the problem with their Air Effects, Fabric Refresher, Noticeables, and Candles. Febreze contains a molecule known as Cyclodextrin that traps and eliminates bad odors — thus giving you the confidence to always be ready for guests at a moments notice!!

Bonus info — Did you know?

The human olfactory system evolved to help the brain categorize and prioritize different chemical signals from receptors in our nose. Thousands of years ago, the olfactory system was used to identify life-threatening dangers, such as wild animal predators or poisonous plants. Due to human modernization, the olfactory system now has another role — dealing with signal overload — so that it can still be capable of executing its primary role — identifying dangerous situations to enable survival.

The olfactory system can be overloaded by “distractions.” It adapts by categorizing and identifying smells that are familiar so it can focus on less familiar smells that require an action, essentially becoming “noseblind” to familiar scents.

Need to refresh your home? Enter our Febreze #Noseblind giveaway for a chance at a $60 Amex gift card and a Frebreze prize pack!

Enter on the form below for your chance to win. US 18+ only.

Have you discovered if you are Noseblind? How did you know, and what did you do to combat it? 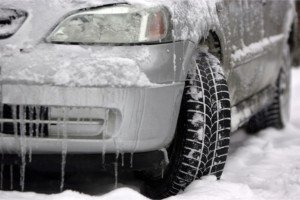 A Simple Fix for Drab Counter tops! Review and Giveaway (US 18+)