The hottest new toy is the grossest gang in the garbage – meet The Trash Pack!

Look at the smiles on these kids’ faces! They were so excited when I finally let them open their new toys — The Trash Pack collections! 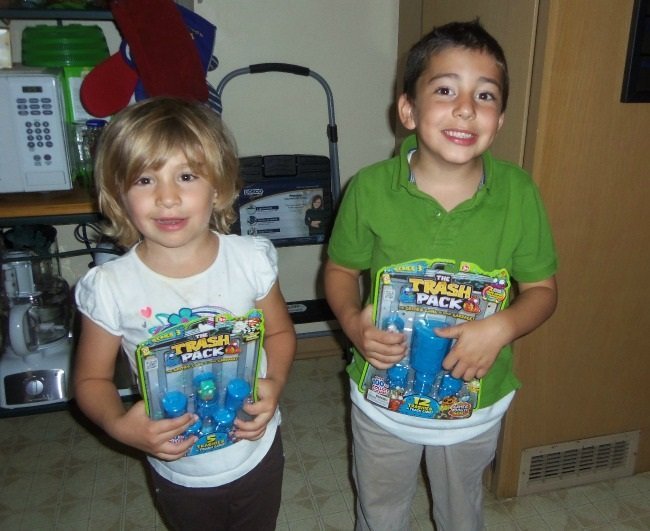 You see, I had the toys sitting in the kitchen and told the kids they would have to earn them (chores, good bedtime routine, etc.) because a) they have an overwhelming amount of toys already, and b) my son has been acting a bit entitled lately and thinks every package that comes should be a new toy for him…for no particular reason other than that he should have a new toy.  Uh-uh…not in my house young man!

So when they finally did earn their prizes they were both very excited. They each got a collection of Trashies to play with, and wasted no time getting them out and checking out all the cute…I mean gross little guys. 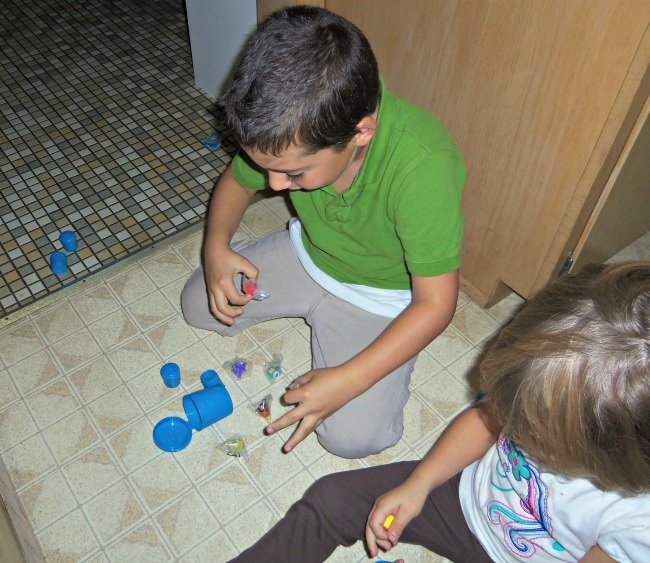 My daughter even got a special wall climber Trashie in her set! You just stick him to the wall and he will climb all the way to the bottom. 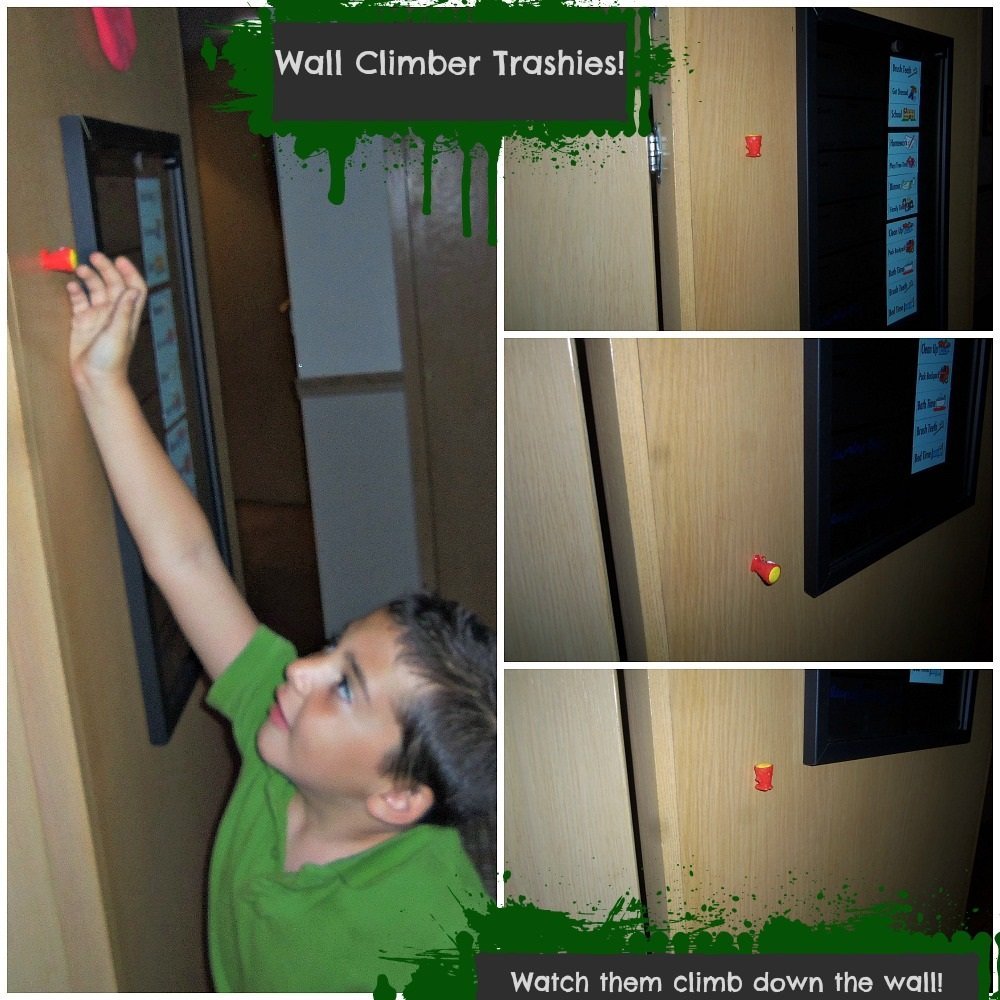 The kids really liked these Trashies from the get-go and a fight immediately ensued over who retained ownership of the bird shaped one….Piggy Pigeon. Turns out they both got a Piggy Pigeon in their set, but we didn’t realize this until my daughter graciously relinquished her claim.  🙂

One of the kids’ favorite things to do with the Trashies is to play one of the games included in the brochure. My daughter really liked playing a version of the shell game where you put one Trashie in a bin and leave two bins empty. Then you swap them around so someone could try to guess where the Trashie is. She is four, and didn’t quite get the idea yet because she would swap them and then say she got to pick first… but it was fun either way!

My son really enjoyed playing a golf style game where you tossed Trashies at the cans in a certain order, then tried to get it inside the big trash can last.

Overall thoughts on The Trash Pack

The kids really like them and that is what ultimately matters. Honestly, I probably wouldn’t have picked them if it were just me, but apparently these must be the hot new toy because they just can’t seem to put them down. They even have brought them to bed with them, taken them up to Grandma’s to show them off, and gotten upset about leaving them behind by mistake.

As an adult I’m not sure the appeal….but since the kids love them I say A+!

Learn more about The Trash Pack

If you are interested in seeing what the fuss is all about, visit The Trash Pack on their website where you can meet all the characters, play games, and see all the accessories available. There is even a fun little fly swatting game on the website that is a little bit addictive. 🙂

Here are the two packs featured in this post:

Win your own Trash Pack!

Enter on the form below for your chance to win a 5-pack of Trashies! (US 18+)


The Mommy bunch received a sample to facilitate this post, all opinions are our own.

Dinner is Ready! A guide to doing freezer meals and gaining freedom! 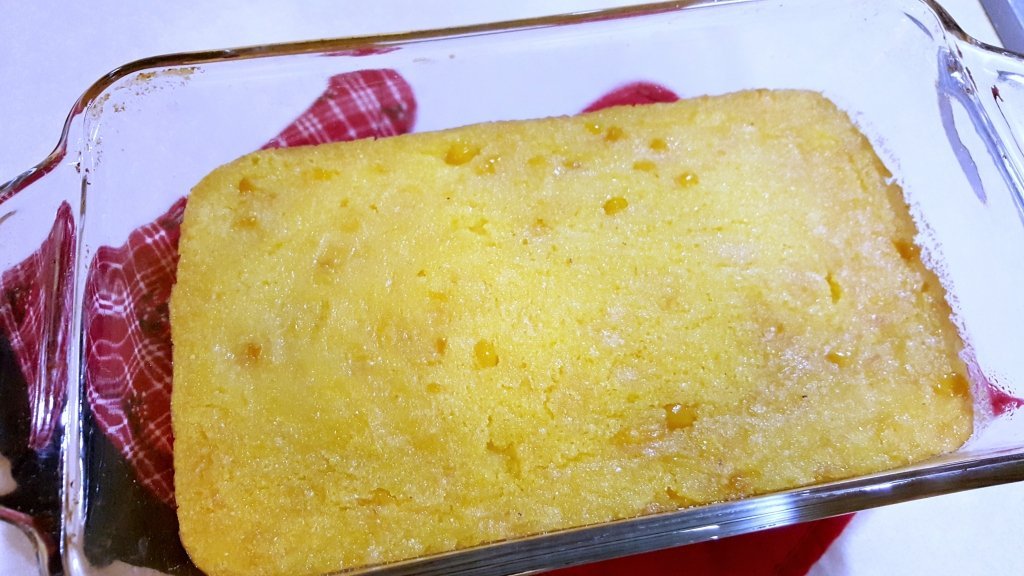 A New Sensitive Skin Laundry Detergent that is Scented!

Reading in Bed is More Comfortable with Arm Cozies! ~Review and Giveaway (US 18+)