I recently had the pleasure attending the Guardians of the Galaxy Vol. 2 World Premiere!
After the premiere, we had the opportunity to interview several cast members, including director James Gunn and Marvel CEO Kevin Feige.
This event was hosted by Disney (all expenses were paid in exchange for press coverage). 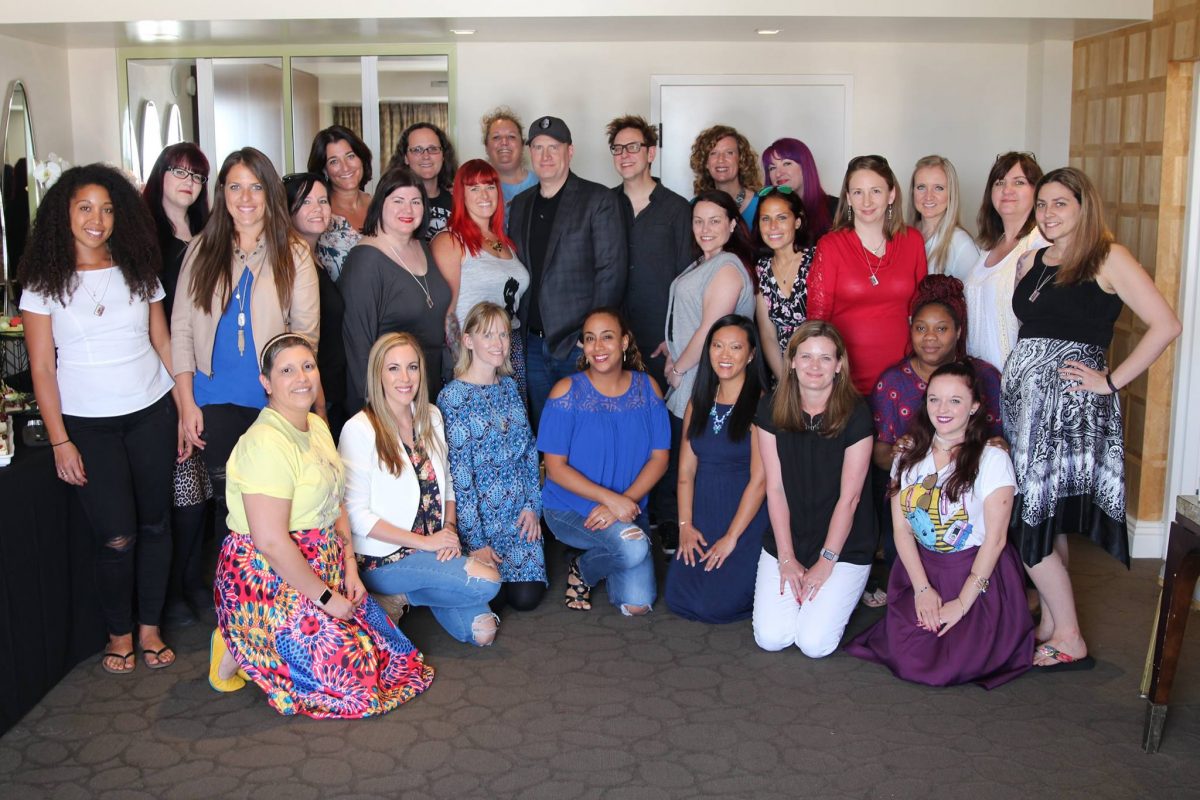 One of my favorite interviews of all time was when I recently had the opportunity to talk to both James Gunn (director of Guardians of the Galaxy Vol. 1 & 2), and Kevin Feige (CEO of Marvel!). Even though you don’t see these two on the big screen, they are very much a big part of what happens in the movies, and on set. The chance to talk to them about the whole Marvel Cinematic Universe was amazing!

I loved that when they walked into the interview room (to our loud applause) that they said talking to the “mommy bloggers” was one of the best parts of their day! 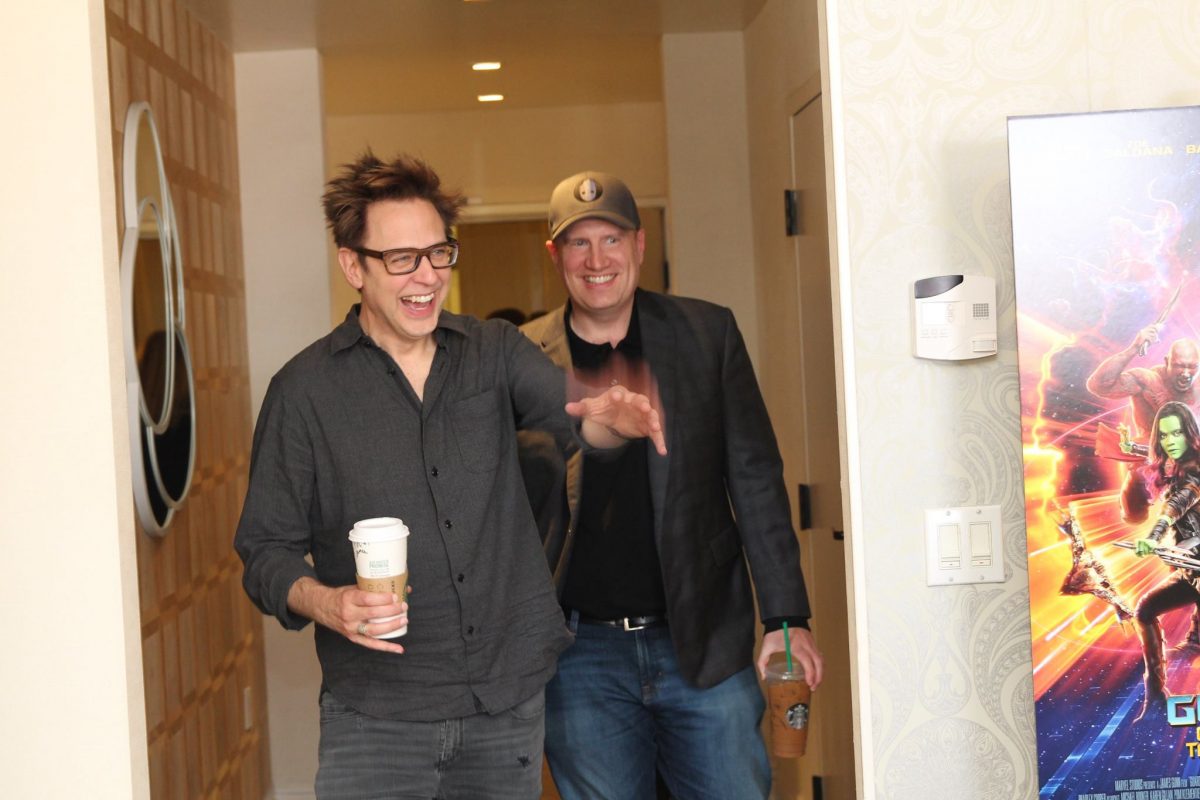 James Gunn: And this is my favorite part of making the Guardians movie is meeting with the Mommy Bloggers. That’s not a joke.

James Gunn: It’s like, you guys are the best, because it’s like real, you know, and not so… Hollywood-y.

There are plenty of spoilers in this interview, so please proceed with caution. If you haven’t yet seen Guardians of the Galaxy Vol. 2 and want to watch it first, come back and read this later. And go see the movie!

Panel: James, can you tell us anything about the process of choosing the music for this one? 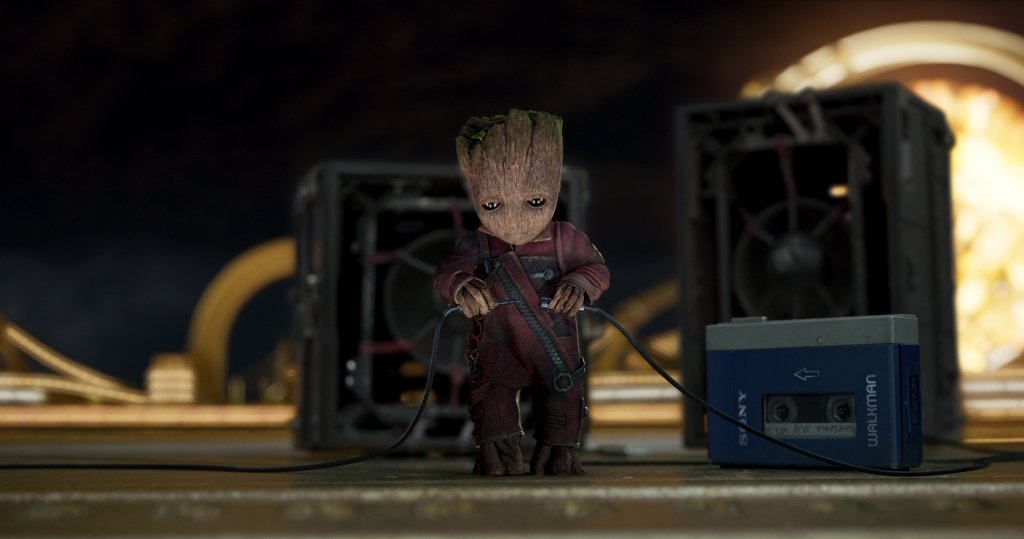 James Gunn: I have a list of about 500 songs, which I think of as Guardians-type songs that Meredith Quill might really love. When I’m going through and I’m writing the script, I put the songs into the script where they seem to fit. Sometimes I don’t have a song that seems right on that list, and so I have to go out and search, and listen to a bunch of stuff, and see what I like. Eventually, it’s all basically baked into the organic story of what’s happening in a movie, in the same way you put sugar in a cake.

Kevin Feige: What’s so amazing, and it was like this on the first one, and held to it on the second one, a lot of screenwriters put song suggestions into their scripts, and almost none of those songs end up in the actual movie. When James did that, on the first one, it was like, “Oh, that’s cute. He thinks these songs are gonna be in the movie. We’ll see.” Every single song (is in the movie).

On part two, I knew better so I would listen to the song as I’m reading the outline, and then later the script. That pool of songs that he has comes in handy. There’s a Guardians of the Galaxy theme park ride that is opening soon at California Adventure that features songs that James suggested as well, and a few other places coming up in the future. 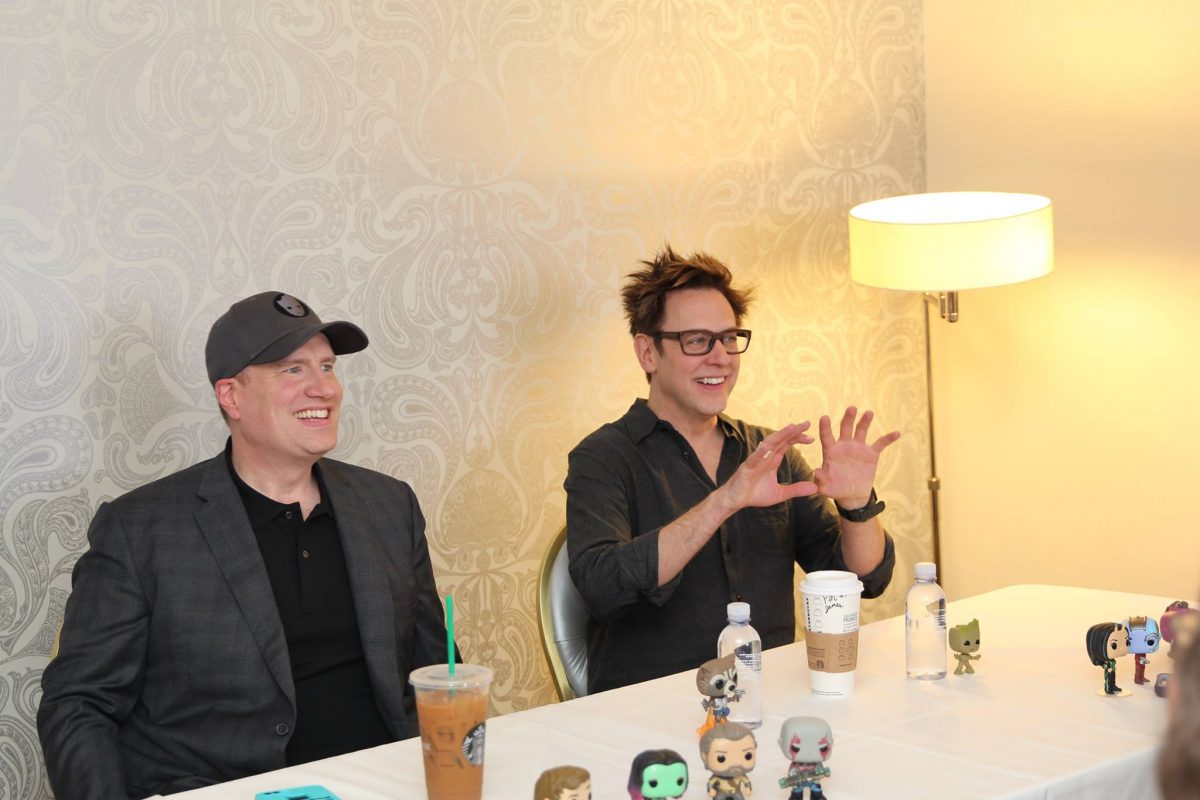 Panel: Kevin, when the Guardians meet the Avengers, how will fitting a whole team dynamic into a supporting role work?

Kevin Feige:  Well. I mean, as with all of the connectivity between our characters on various films, you have to be careful about it. We never want it to just seem like characters are popping their heads out of windows and saying “Hello” and then going back in.

So a big role, a small role, regardless of the actual screen time that any single character has, and I think you’ve seen this in the Avengers films, and in Civil War last year, it’ll be very meaningful and very important to the story that we’re telling. 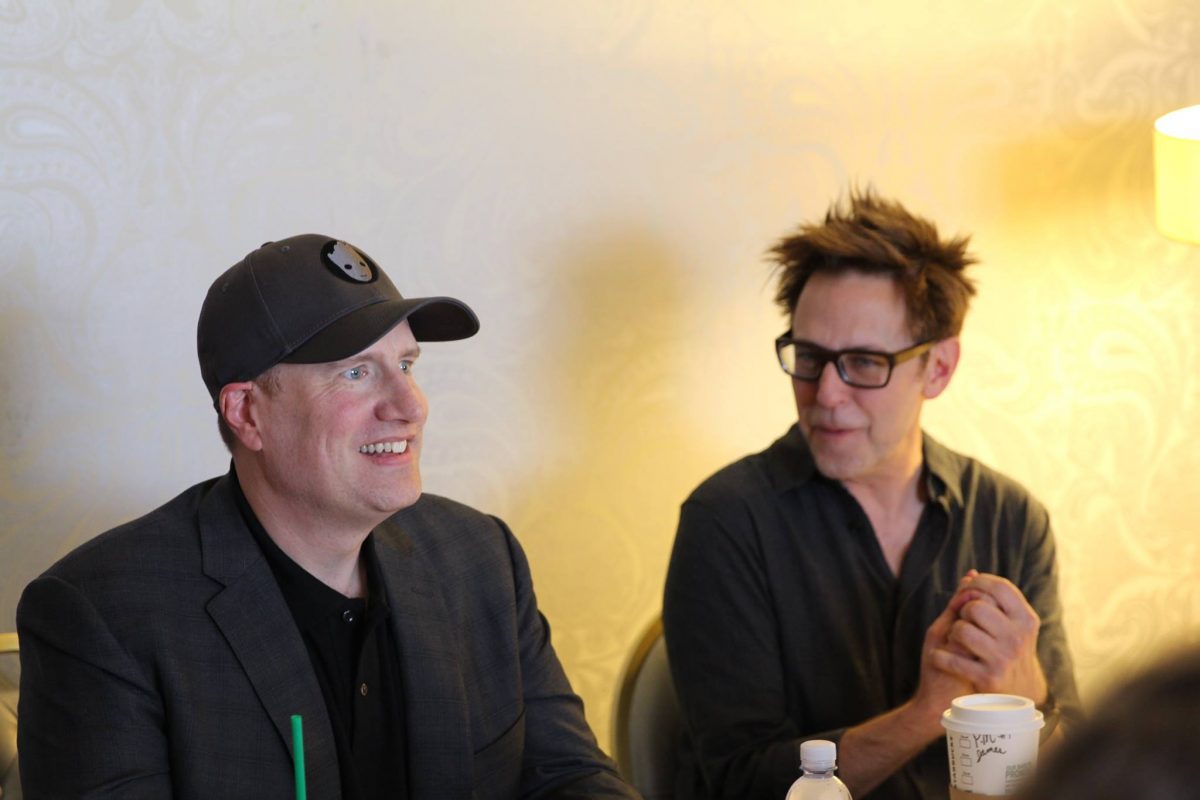 Panel: James, the scene with the Ravager captains at the end with Sylvester Stallone and all the other captains — is there a possible storyline there?

James Gunn: Absolutely, I’m excited about those guys. I love those guys. They’re based on the original Guardians in the comic books; Stakar (Sylvester Stallone’), Charlie-27 (Ving Rhames) and Aleta Ogord (Michelle Yeoh) as Yondu is.

That is something that we shot in post because I woke up one morning, and I was like, “Oh my God. This could be so fun. What if we made an even weirder, more screwy, more dysfunctional Guardians?” I went to Kevin, and I’m like, “Can we please do this?” And Kevin was like, “I love it! It’s my favorite thing ever.” So we went out and we shot it with Sly and the gang. 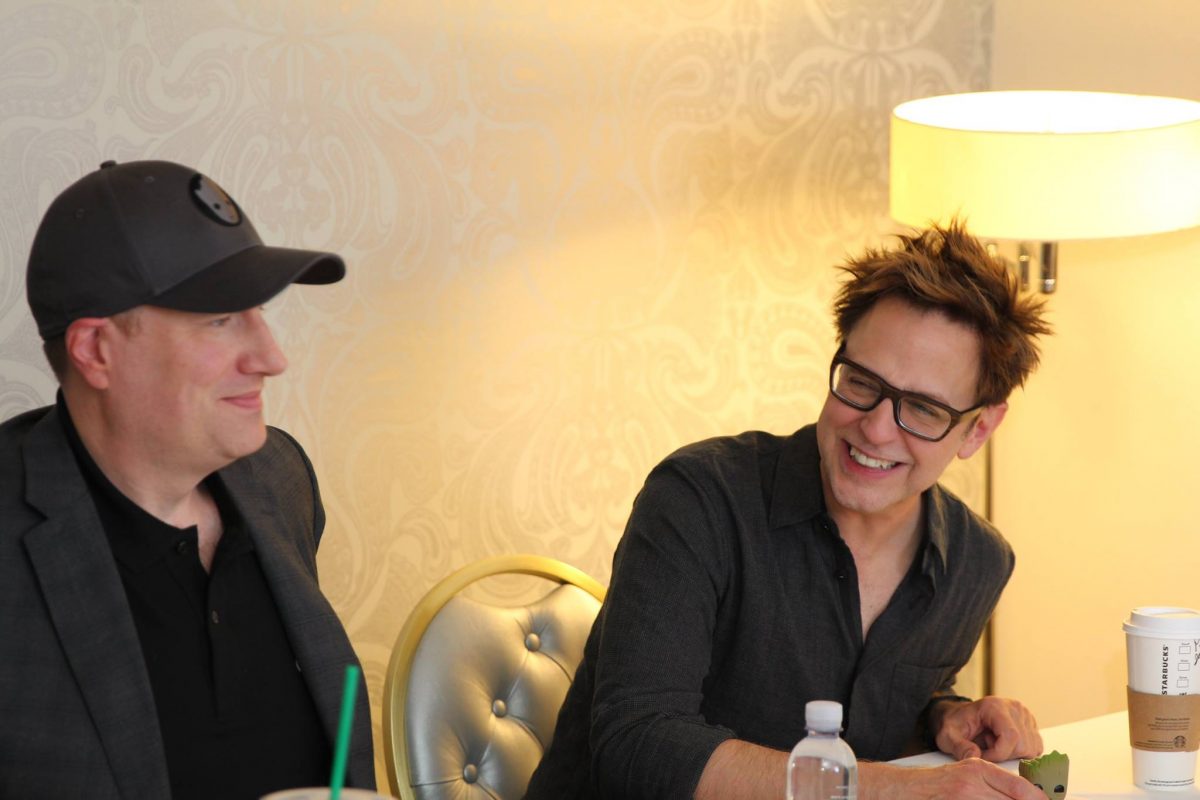 Kevin Feige: Who is the voice of Mainframe? (This was a big scoop at the moment and we were able to share right away on social media revealing the big secret!)

James Gunn: Miley Cyrus. Her voice is awesome. I’m like, “She’s got the best voice.” Then I wrote this thing and I went in and I said, “Kevin, what do you think about casting Miley Cyrus as the voice of Mainframe?” And he was like, “Well, I’ll see if we can get her.” 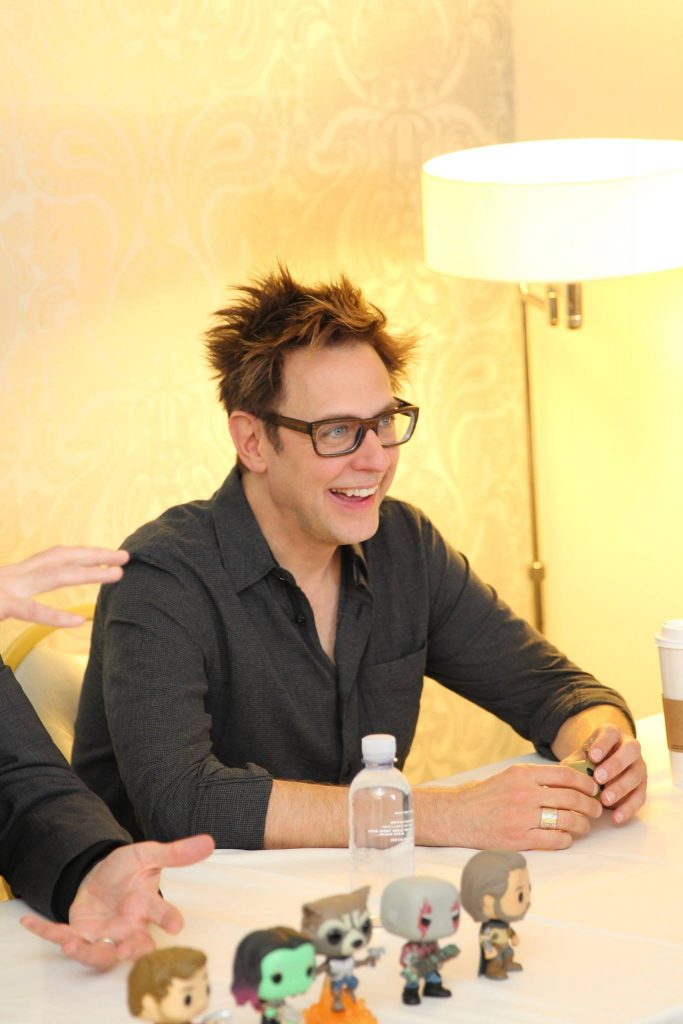 Panel: So with the introduction of the Zune, is there going to be an evolution of the music becoming more Eighties-Nineties?

James Gunn: Well, it’s not about becoming Eighties-Nineties. I think we’ll have to wait and see exactly what the music is, but I think that you know, we know, where that Zune came from and what that Zoon is, and that gives us a different relationship to the music, and what we go forward with. 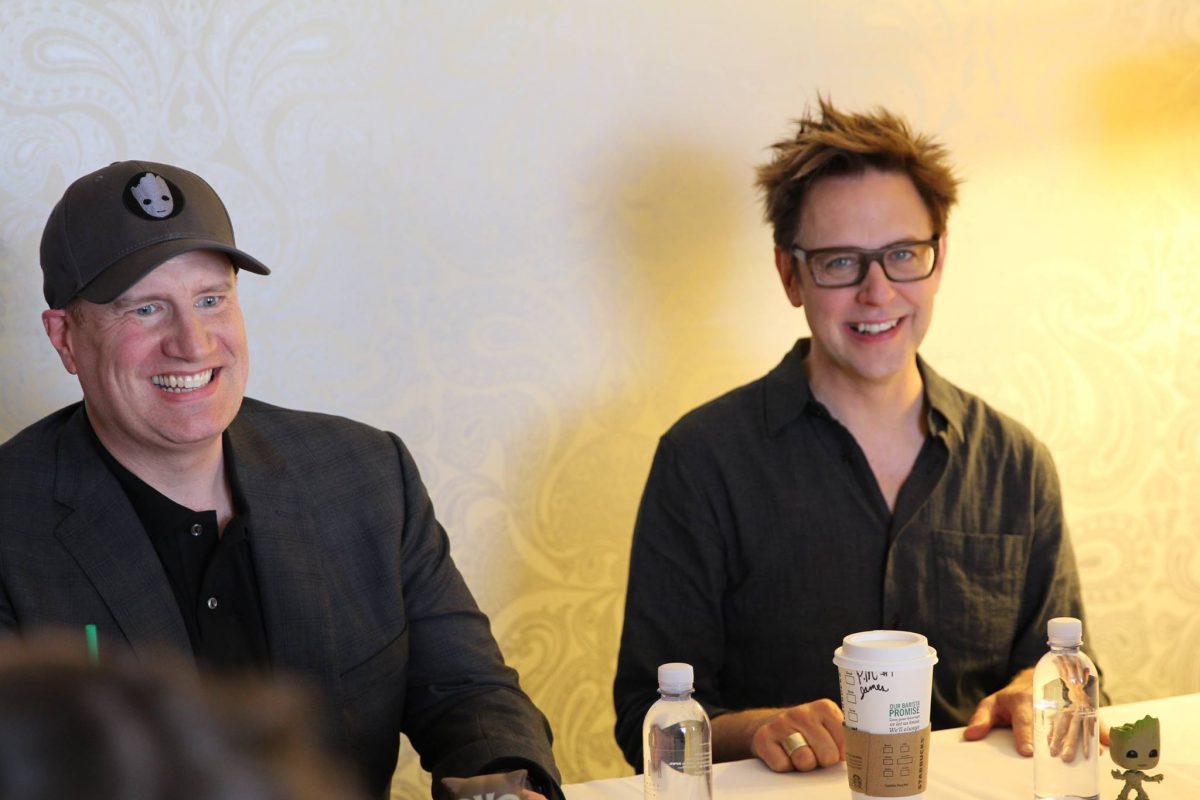 Panel: So tell us about Adam. When are we going to see him?

So even though we couldn’t get much out of them about the future role of Adam in any upcoming movies, you know if you read the comics that this is huge! I cannot wait to see more of the Guardians in both Avengers and GotGVol3!

CosmoCamp Storybook and Game Apps for Kids – A Review