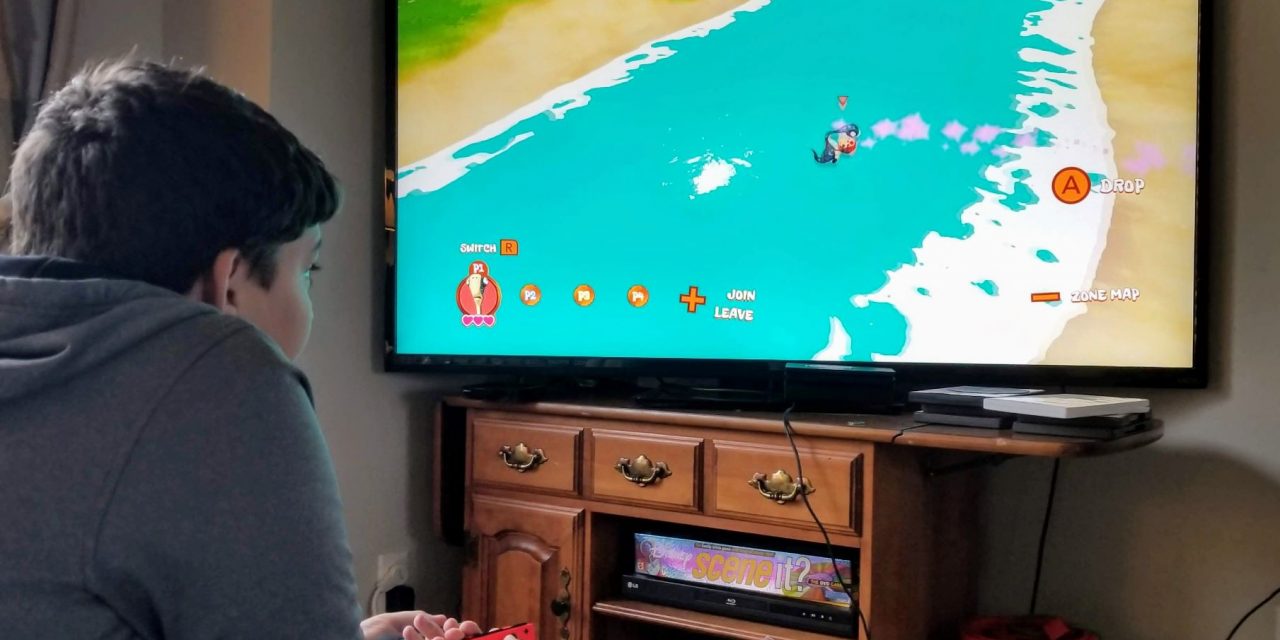 If you have a child who loves playing games but you’re worried about the content in the games they play, you are not alone. Nintendo has always been the first choice for parents looking for a console that favors age-appropriate gaming for kids. The iconic characters are one reason we all love to play, but the idea that we can all do some couch-sharing while we play multiplayer games means the Nintendo Switch is still the console with the strongest line-up of child-friendly gaming.

Check out this list of games below that we love for our family, and I hope you’ll love for yours too! These Nintendo Switch games for kindergartners and up are sure to be a hit!

Explore and race across the prehistoric world of Gigantosaurus. This Disney dino tale is part saving the world, part super race, and all giant fun! Rocky, Tiny, Mazu and Bill have scary problems – like the meteor that’s blocked up Giganto’s volcano! Only you and your dino friends can dare to solve puzzles and save the day – but you might need Giganto’s powers too! And the end of each story is the start of a super rally to the next zone. Will you be the most roarsome adventurer or the fastest racer?

My son has been thoroughly enjoying this game. There are quests to complete for each level as well as mini-games like dino racing to keep up the fun factor. When I asked him what he liked about the game he told me, “you have different characters with different abilities and it’s free-range, which is fun. Collecting the eggs for the missions is fun, and doing the dino races is cool. The game is pretty easy to understand and little kids would definitely be able to play this game.”

This life simulation game lets players of all ages travel to a deserted island where they can build a new life for themselves. They can plant flowers, collect fruit, catch bugs, go fishing, interact with friendly talking animals, and much more as they customize the island to suit their tastes. If you only have one Switch system, multiple people can share the same island.

Or, if you have multiple Switches, each family member can have their own island, and you can visit other players through local or online multiplayer. New Horizons is one of the most wholesome, relaxing games to come out in quite a long time, and you don’t need to be a kid to enjoy it.

We’ve owned previous versions of Mario Party and have always loved playing. We like board games to begin with so it’s no surprise we’d like this game as well. You can think of Mario Party as an elaborate digital board game loaded with mini-games and one goal: Get around the board and score the most Stars (and coins) in 10 turns.

Play solo with the computer or against your family, go free-for-all or team up and see who wins in the end. Toad’s Rec Room lets you pair up two Nintendo Switch™ systems, which you’ll lay side-by-side on a flat surface like a real tabletop game. That way you can play a mini baseball game, battle tanks in custom arenas, or even see who can match the most bananas by repositioning the systems however you see fit!

This is a great Nintendo Switch game for kindergarteners as well as older kids. The only concern is that Super Mario Party can only be played with the Switch’s detachable Joy-Con. DO NOT buy this for the Switch Lite.

If there is one game that has never failed to be a hit in our house, it’s Mario Kart. A multiplayer mainstay for over 25 years now, Mario Kart remains the go-to racer for kids (and parents) with a competitive streak (basically everyone).

Though Mario Kart 8 was originally released for Nintendo’s Wii U console, this Switch version is bigger, faster, and perfectly portable. Race your friends or battle them in a revised battle mode on new and returning battle courses. Play locally in up to 4-player multiplayer in 1080p while playing in TV Mode. It’s also the perfect game to play with your child, though you have to promise to not get mad when they hammer your with a red shell right before you cross the finish line!

Captain Toad stars in his own puzzling quest on the Nintendo Switch system! Our stubby hero must dodge dangers and track treasures across many trap-filled courses. Survive smoldering volcanoes, hazardous steam engines, haunted houses, and even new courses based on the Super Mario Odyssey™ game! Luckily, a second player can join in by tossing turnips at enemies.

Play anytime, anywhere, and anyway you want—even in two-player mode using a pair of Joy-Con controllers on one Nintendo Switch system—in TV mode or Tabletop mode. You could also play alone in handheld mode! No matter what, explore each puzzling course for treasure, like hidden Super Gems and Power Stars.

As you reclaim the treasure stolen by the monstrous, greedy bird, Wingo, you’ll eventually be able to play as Toadette! These tiny heroes must waddle, hide, pluck, chuck, and power-up through enemy-infested locales like towers, wild-west shanties, and Goomba waterparks—all bursting with secrets. Aim your head-mounted flashlight at adventure! 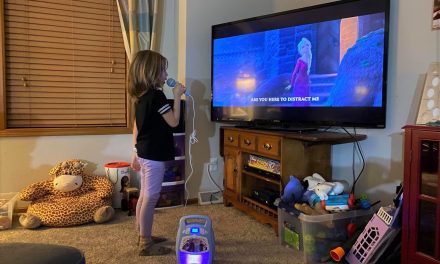