Golden Age Stories has released a collection timeless short fiction stories from one of the most prolific writers of the pulp fiction era, L. Ron Hubbard.  These stories are great for readers of many different genres; there are several Detective Mysteries, Westerns, Sci-Fi, Fantasy and Action Adventure stories.  Personally I love mysteries and fantasy, but any of the stories are sure to be a great read for anyone!

Golden Age Stories offers both paperback and audio versions of the books.  The audios are unabridged and fully theatrical, so very entertaining!

I was able to read and listen to a few of the titles, and I have to say I enjoyed the stories immensely!  Prior to this I had never listened to a book on audio, but these were so entertaining to listen to I can’t imagine what took me so long to try it out!

The titles I read/listened to were:

Dead Men Kill and Crossroads, which also included the titles Borrowed Glory and The Devil’s Rescue

When several of the city’s most respected citizens are inexplicably killed by what appear to be zombies, all Detective Terry Lane has to go on is a blue grey glove, a Haitian pharmacy bill for some very unusual drugs and a death threat from a mysterious stranger.

Matters are soon complicated when a beautiful nightclub singer shows up who claims to have information that could solve the case, but whose motives are plainly suspect. Against his better judgement, Terry investigates her lead only to find himself sealed in a coffin en route to the next zombie murder—his own.

This story is written so well you just fly through it!  The plot is interesting and there is not a moment where you aren’t anticipating what is going to happen next.  If you have not read a mystery in a while, be sure to grab this one and start reading, you will not be disappointed!

Crossroads with Borrowed Glory and The Devil’s Rescue

Frustrated with a government that pays him to bury surplus produce in order to “fix” the economy while city folk starve, farmer Eben Smith decides to take matters into his own hands. He piles up his wagon with ripe fruits and vegetables and sets out for the first time to barter his goods in the big city.

Being Eben’s first city trip and all, the way soon becomes uncertain. But when Eben comes across a strange crossroads, he discovers that he’s fallen into a nexus in time. Soon he’s bartering a lot more than goods with different cultures in alternative realities . . . accidentally wreaking havoc and chaos in each.

This story I listened to on Audio book.  It was the first time I ever experienced an audio version of a book, so I wasn’t sure what to expect.  When the book first started playing I was instantly hooked into the story.  It was not just someone reading the book, but it was a theatrical performance!  It was so engaging and entertaining that I was through with the book in less than two days, lol!  The story itself was actually a little predictable, but perhaps that is what was meant, a lesson of sorts.

The other two stories on this disc were quite good as well.  I really liked Borrowed Glory, which was a story about an old woman who found her youth again for a short time, but in the end was unable to believe in her own happiness.

All in all, these are excellent reads and I recommend picking them up to add to your collection.  The stories are thrilling and written well.  They would also make great stories to read with younger readers (teenagers) to help develop a love of reading.  If you visit the website www.goldenagestories.com you can find several free short stories and audio stories available for download.

Teachers can use these books too!  Check out this fact sheet to see the data on success stories:  TeacherResultsFactSheet

Disclosure:  The Mommy Bunch received a free product to facilitate this review, however, all opinions are strictly our own! 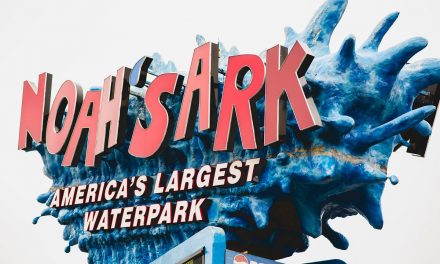 Packing Lunch is Easier than Ever with the LunchBlox from Rubbermaid!