Playing Video Games Can Be Beneficial For Kids? #AmazingWorldGame

Can video games help your child learn more, or better?  That is what some studies seem to think.  According to When Gaming is Good for You (Hotz), “A growing body of university research suggests that gaming improves creativity, decision-making and perception.”  As a science teacher this is intriguing to me.  In the field of science we are all about problem solving and critical thinking skills; something I feel is a skill many students lack this day in age.  Could gaming be the answer?

According to USA Today, “Researchers at the University of Wisconsin at Madison looked at a random sample of 2,000 chat room posts about “World of Warcraft” to see what the players were discussing. The game is set in a fantasy world where players hunt, gather and battle to move their characters to higher levels. Players who work together succeed faster.  The research found the game encouraged scientific thinking, like using systems and models for understanding situations and using math and testing to investigate problems.”

To me this is just amazing!  I can see how certain games can allow you to use problem solving skills and critical thinking, heck I’ve played plenty of them myself.  But not all games are created equal.  Parents should still take caution in which games they allow their children to play.  Hotz goes on to say, “Electronic game play has its downside. Brain scans show that violent video games can alter brain function in healthy young men after just a week of play, depressing activity among regions associated with emotional control, researchers at Indiana University recently reported.”

Basically, as long as you monitor which games your children are playing, and allow them to play non-violent games you could be doing your kids a favor.  The San Francisco Chronicle mentions that children who gab on Facebook or play online games are gaining valuable social skills and learning some technology basics.  I’m not saying you have to make your kids play video games to succeed in life, we all know allowing them to just play and explore are great ways to blossom those critical thinking skills and creativity, but it might not be so bad to let them play some video games now and again either.

Recently I have found a game that allows my kids to play games online, but in a controlled environment.  As the parent, I get to decide if I want to allow them to use the chat feature to talk to other kids, or if I want to disable that option.  Since my son is only five I’ve decided to disable it.  So what is this awesome new game I’ve allowed my five year old to play?  It is called Amazing World, and it is a Free to play virtual world from Ganz Studios that offers full integration with toys!  It is a colorful 3D world where players discover, create, and make new friends in a controlled environment –‐–‐ you’ve never seen a world like this before!  You can register for Amazing World by going to AmazingWorld.com downloading the game, and registering one of the free Zings.

Zings are the energetic and lovable Amazing World inhabitants.  Zings can be named, customized, and can do challenges from a number of zany hosts.  Registering one of the free Zings gives you a trial account.  A trial account lets you try out almost everything Amazing World has to offer free of charge.  Registering an Amazing World plush toy or figure (aka Zings) will bring your favorite characters to life within the game, and they come complete with exclusive prizes.  Your trial account never expires, which means that playing Amazing World is free as long as you would like without purchasing an additional subscription.

This trial account does have limitations, like a maximum level cap at level 20, and access to only 4 Amazing World hosts.  Should you decide purchase a full Amazing World membership, you will have access to a maximum level cap of level 50, and receive access to all online hosts and their story lines.  You will also get unique quest prizes, and access to all 6 wardrobe outfits.  Any new features will be available as soon as they are released.  A full year’s subscription is only $60.00, or you can pay for 3 or 6 months at a time as well.

Amazing World incorporates play patterns that kids love!  Players can care for their Zings (the game’s avatars), chat with friends in a controlled environment, complete missions, collect prizes and customize virtual homes and their avatars.  You can find out more about Amazing World on their Facebook page here:  http://www.facebook.com/AmazingWorldGame or by viewing this fun video:


So far my five year old son and my six year old niece have attempted playing the game a few times.  So far they love it!  My niece loves dressing up the Zings, and my son likes trolling around the paths and driving this little buggy thing around.  I’m not really even sure how to play, as soon as the game loaded they just took over!  I never even stood a chance, lol.  Here are a few pics of them enjoying the game: 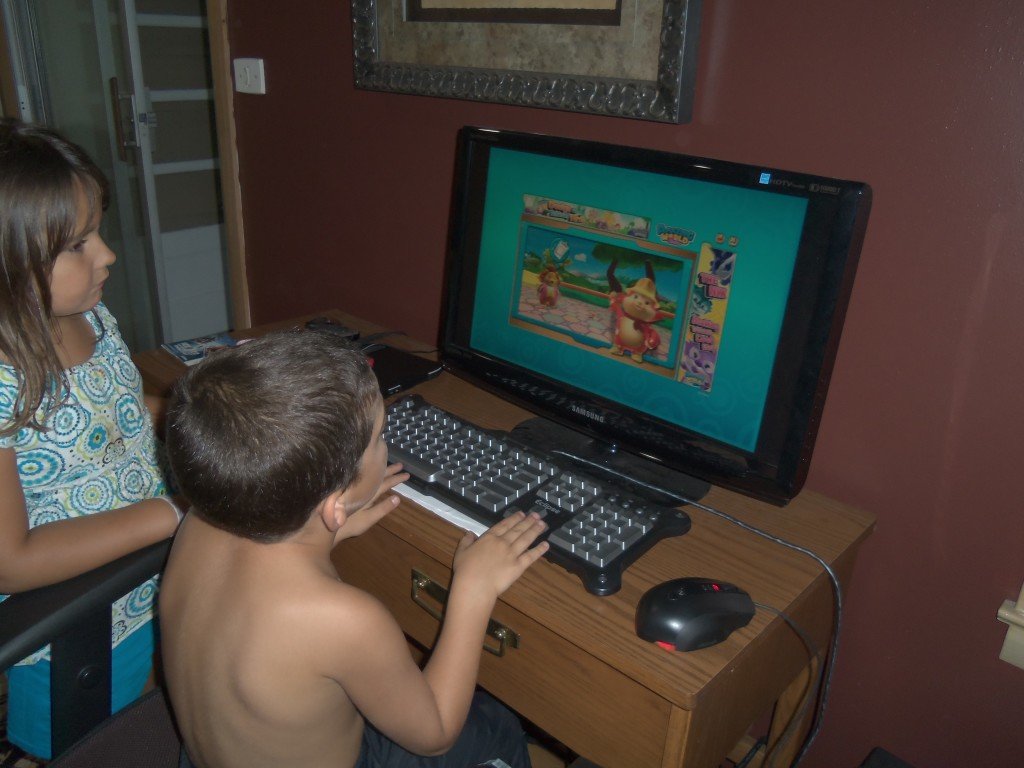 Meet and win some of the characters of Amazing World:

You can have a chance to win TWO Amazing World toys, just simply tweet the message in the entry form, then come back and comment to let us know the user-name you tweeted with!  Pretty simple, and an awesomely cute prize if I do say so myself! 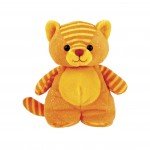 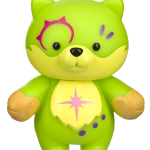 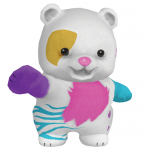 Disclosure: This is a sponsored post in which The Mommy Bunch received compensation, however, all opinions are strictly our own. All prizes are the responsibility of the sponsor. Contest administration is done through The Mommy Bunch. 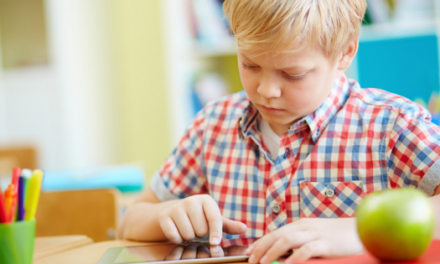