Red Flags to Look Out for When House Hunting

While house hunting, there are red flags that, if you’re looking for, you will easily spot. Below are some red flags and what they mean so that you don’t end up purchasing without fully understanding the potential hazards.

Your feelings matter about this. Many people end up purchasing a home because someone else told them it’s what needed to be done, or it was the next best thing to do in life, or because their family expects it. None of these reasons matter as much as the feelings that surround your buying decision. Check in with yourself and be brutally honest.

Do you feel like you have to do this or that you have no other choice? Would you feel more peaceful about your current living conditions or something similar rather than entering into a long-term mortgage contract? Almost half of the people surveyed, around 41%, originally thought they would never regret their home buying decision but later stated they did. Another 30% of individuals said their feelings were neutral at first but later came to feel regret.

School District Boundaries for Your Children

Often, during the home buying process, a mortgage company gives you a limited amount of time to close a home, sometimes as little as 60 days from the time your preapproval is granted. This short time frame leaves working families somewhat scrambling to pick the perfect home. Many times, you’ll find a home in a neighborhood that wasn’t your first choice but that meets your other requirements. When you decide that this home meets your needs the best, you’re also choosing which school district and set of schools your children will now attend. It’s vital to research and look at the various boundaries for each child for elementary, middle school, and high school. Your new home could create a situation where your children may not be able to take the bus to school, requiring you to provide transportation. The school district might also be subpar according to your educational requirements based on the data you might find with their ratings.

When you’re doing a home walkthrough, either in-person or virtually, it’s essential you pay close attention to the water heater(s), the piping, and the connections to it. Most water heaters last eight to 12 years on average. This timeframe can change depending on how large the household was before putting the home up for sale (indicating how often it’s been used) and whether the previous owner performed its regularly scheduled maintenance needs. If there are any major water deposit build-ups near the connection points on the piping if the vent system is an “older style,” or if there are any amounts of rust, dings, or bends in it, you want to ask for it to either be replaced by the current owner, modify your bid price to account for a new one, or prepare to replace it shortly after you close.

You’ll want to research the state, county, and city of where you’re moving to learn of the historical data surrounding natural disasters or primary cultural beliefs, practices, or political leanings. Recently, a Bank of America homebuilder’s report cited that about 18% of those surveyed said that habits and behaviors by the local community to slow or stop the spread of infectious disease would possibly propel them to move. The survey cited little to no difference between those living in the city or the country.

There are many red flags that a potential buyer should know when house hunting. While not all these warning signs will apply to every home, it is important to notice if one or more exists during your search. Paying attention to things from children’s school district boundaries to water heaters with worn or rusted exteriors, and local mindsets towards various threats, this list gives you a much better awareness of the red flags to look for.

Sending the Kids to Summer Camp 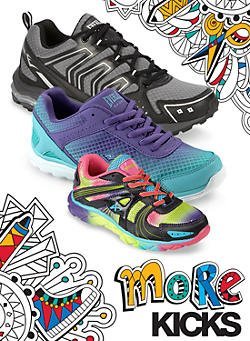 Is the entire family’s need for new shoes emptying out your pocket book?

My hairbrained week….and it’s only Tuesday!