From the first moment I watched episode one of The Kids Are Alright, I knew I was going to love it. It’s a show that takes you down memory lane and gives you lots of laughs along the way.

The comedy takes place in 1972 Southern California where a working-class family with eight kids (all boys!) navigate through daily life. The show mostly follows Timmy (Jack Gore), a 12-year-old who doesn’t fit into the mold of what an average boy of that age is. He wants to be an actor, he’s a writer, he’s full of creative ideas and wants to share them! 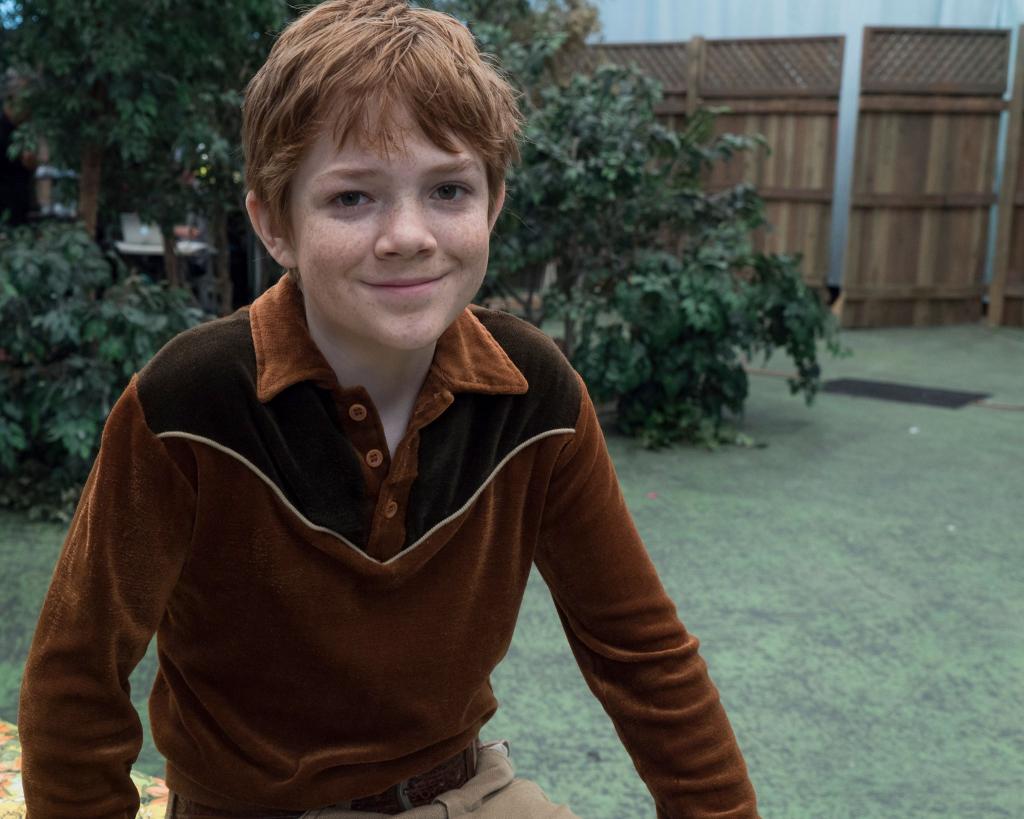 While I was in Los Angeles for The Nutcracker and the Four Realms event, I got the opportunity to tour the set of The Kids Are Alright with one of the stars of the show, Caleb Foote.

Caleb plays Eddie, one of the middle boys of the family. His excitement about being a part of this show was contagious. He emanated pure joy and it definitely passed on to the rest of us. I was just as excited to see everything as he was to show us… partly due to how happy and joyful he was!

As Caleb was taking us around the set, one of the most interesting things for me to learn about was how they bring the set together.

Set decorator Claudette Didul says, “The show is really all about nostalgia, and when everyone comes in, it’s not the designs [that stand out], it’s, like, oh my god!  My grandparents had that.”

Production designer Michael Whetstone adds, “Inside this [set] probably either reminds you of your parents’ house or your grandparents’ house or somebody in the past of your life. A lot of that is due to the research we did at the beginning, and then Claudette’s eye for detail. I think if you walk through here you’ll see layers and layers of encyclopedias and games. Every single thing has what we like to call a proof of authenticity. Nothing hits this set that’s not of the right era, Claudette goes through Sears catalogs.”

One of the biggest surprises for me was how small the set was. I learned that generally when they build a set, they build it about 25% bigger for shooting, but they didn’t do that with this house. For a family of ten, this kitchen is so tiny! 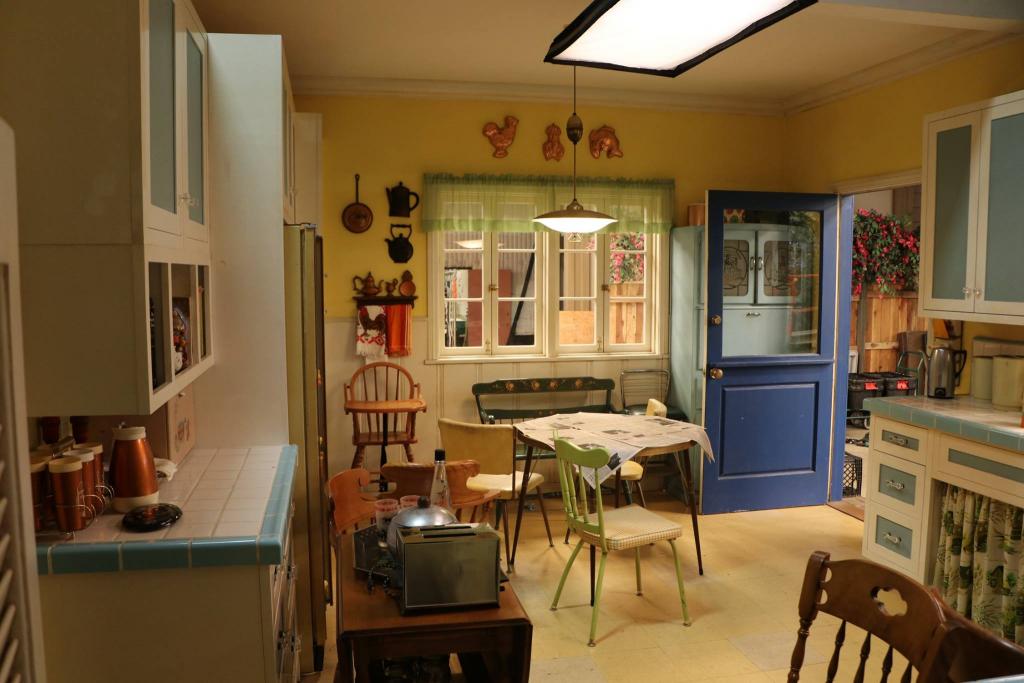 It was pretty tight walking around and I’m honestly not sure how they fit everyone in there to shoot, but there is a moveable wall/bookcase to create a little extra room for a dolly when they are shooting in the living room.

Overall, the cast is fantastic, the show is delightful, and you definitely need to check it out!

Watch via streaming (ABC app/ABC.com/Hulu) or On Demand

Frozen Fever to continue with sequel!