Star Planetarium – A wonderful addition to any child’s room!

My son is afraid of sleeping in his room without the light on.  Currently we have a lamp in his room that we leave on the lowest setting (it has a low, medium, and high setting).  I feel like this light is too bright though, and want him to have something that still provides enough light so he is comfortable, yet is dim enough that he is getting the proper amount of sleep.

I’ve been searching around for something that might work and I came across the Star Planetarium by Uncle Milton.  I was really intrigued because not only is it a planetarium that displays stars all over the room (which is cool enough on its own), but it also has a nightlight feature! 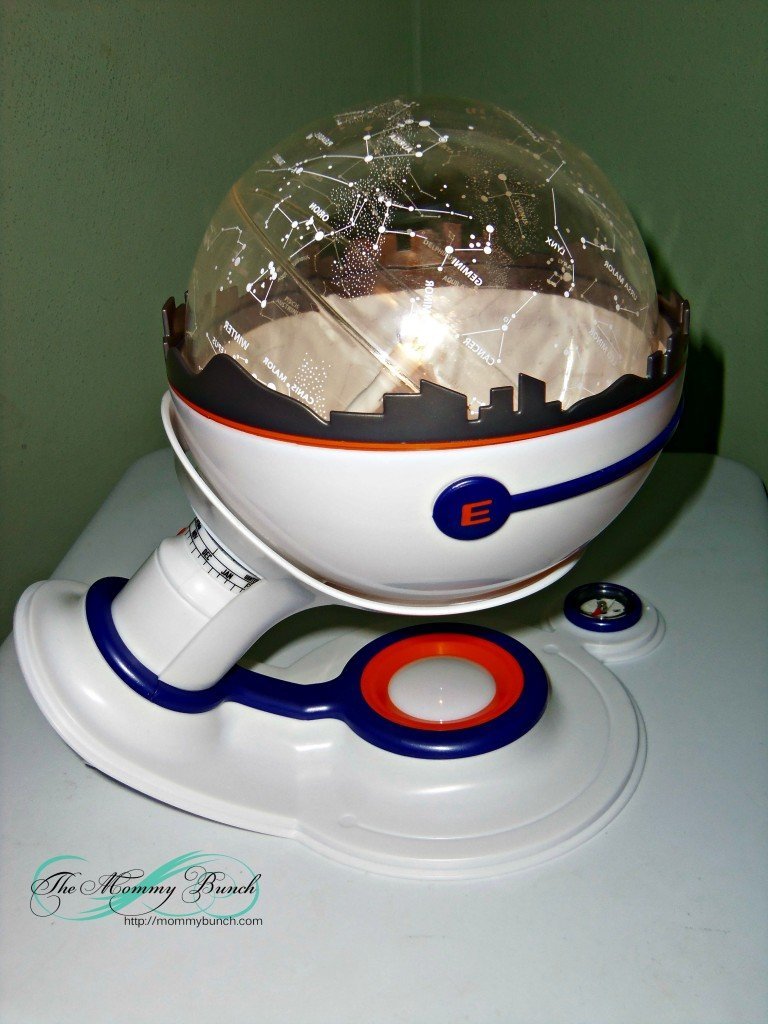 Okay, so I’ve been talking about this planetarium like it is a night light (because that was what I originally sought out to find), but really the planetarium is so much more!  When we first got it my son was really excited because he was just in love with the different light options on it, and seeing the stars on his walls and ceiling was pretty neat too!  We talked about what those little dots represented, and he immediately tried to go find the stars outside of his window.

He was a little upset because he couldn’t see any from his window (he has a window shade on the outside, and large trees blocking his view).  I told him that he wouldn’t be able to see any from his window, but we could take a look at the constellations in his room and try to find them outside another night.  I love that he is so eager to learn about the things around us in the world.  Maybe someday he will be a little scientist just like his mommy.  🙂

THE STAR PLANETARIUM, OUR THOUGHTS:

I was able to snap a few pictures of what it looks like when the stars are projected onto the walls.  I have to apologize for the grainy pictures.  I had to take them with the flash off or you would not see anything but walls; but this meant that I had to be completely still to take the pictures or they would be blurry.  Some didn’t work out the greatest because I’m not good at being perfectly still, and I didn’t have my tripod on hand.

With that said, one of the really cool features about this planetarium is that you can adjust it just by rotating the large circle so that it falls on whatever time of year you are currently at.  Since we are in October, I set it for that time of year.  It also tells you where to put East and West so you have a good idea of where you can expect to see these same constellations in the night sky. 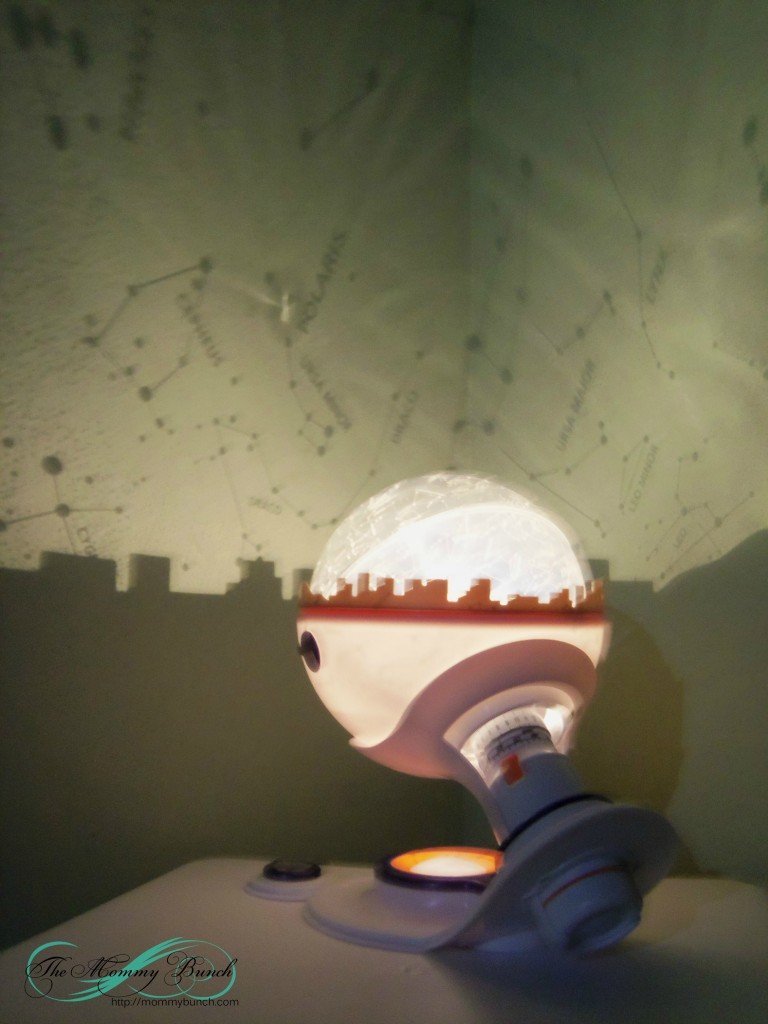 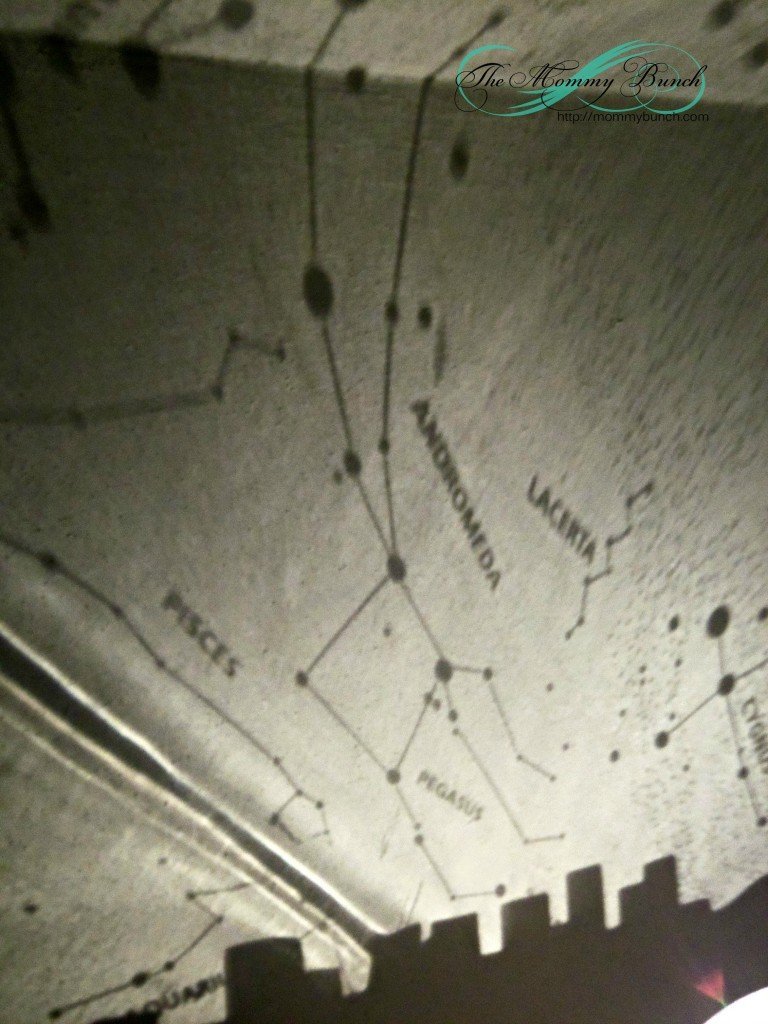 One thing you will notice in the picture above is a large “line” in the starry sky.  My son thought this was the road to the stars, lol.  Really it is just where the seam for the two halves of the plastic come together.  I did explain this to him but he wanted it to be the road to the stars so we just left it at that.  🙂

The one thing I would like to see different for this toy is perhaps instead of using batteries to power it (or at least the nightlight part of it), they instead incorporate a cord to plug it in.  I can see us going through a lot of batteries using this.  We do use rechargeable batteries, so it is not so bad, but it would be better if we could just plug it in.

Overall my son really seems to like this and is happy to have it in his room.  It is made completely of plastic so I would consider it more of a toy than anything really high-tech, but for any little star lover out there this could be just the perfect thing until they are old enough to take care of something more advanced!

You can check out the full line of toys from Uncle Milton; like the Anteater Bug Vac, National Geographic Toys, and Horrible Pets, by going here:  Uncle Milton

Disclosure:  The Mommy Bunch received a free product to facilitate this review, however, all opinions are strictly our own.

How to get a perfectly popped bag of popcorn