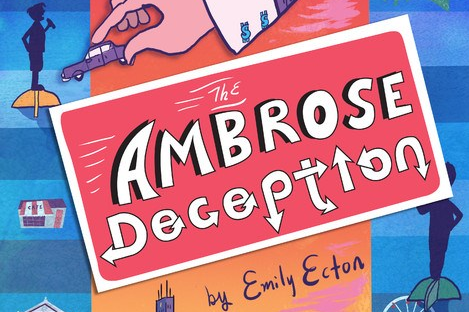 If you love mystery and intrigue, if you love solving puzzles, and if you love hunting for clues – The Ambrose Deception is going to be a book you won’t want to miss!

“In the fun and funny standalone middle-grade mystery novel, The Ambrose Deception, by Emily Ecton, readers will be on the edge of their seats as an amazing race-style competition among three kids unfolds. With clever clues, a surprising twist, and quirky characters, this fast-paced adventure is sure to intrigue readers who love solving puzzles.”

Melissa is a nobody. Wilf is a slacker. Bondi is a show-off. At least that’s what their middle school teachers think. To everyone’s surprise, they are the three students chosen to compete for a ten-thousand-dollar scholarship by solving clues that lead them to various locations around Chicago.

At first, the three contestants work independently, but it doesn’t take long before each begins to wonder whether the competition is a sham. It’s only by secretly joining forces and using their unique talents that the trio is able to uncover the truth behind the Ambrose Deception—a truth that involves a lot more than just a scholarship.

The Ambrose Deception was a fun read, even as an adult reading a middle-grade novel, it was exciting following the characters on their quest around Chicago while trying to figure out the clues right along with them.

The book itself is an easy read and I think anyone would enjoy the story; whether a middle-grade student reading it on their own, or even as a story read to younger kids together with their parents. It’s exciting, it’s adventurous, it’s witty, and most importantly—it’s fun!

One thing I really enjoyed about this novel is that it was set in Chicago. I’m very familiar with many aspects of the greater Chicago area, so reading the fun clues as the kids sought out their prize was really enjoyable for me.

Even if you aren’t familiar with Chicago at all, you’ll still enjoy the way the author presents, then solves the clues as the story develops. Trust me, you don’t have to know anything about the city to have fun reading this book!

Emily Ecton is the author of seven middle-grade books published under the names Emily Ecton and Emily Fairlie. The Lost Treasure of Tuckermuck was a 2014-2015 nominee for the Texas Bluebonnet Award, the Massachusetts Children’s Book Award, and the Pennsylvania Young Reader’s Choice Award, and Project Jackalope is a 2015-2016 Sunshine State Young Readers Award finalist. She is a former writer and producer for Wait, 018Wait…Don’t Tell Me!, and the Science Fiction Writers of America. Her other jobs have included being a playwright, a chinchilla wrangler, an ice cream scooper, and a costume character. She used to be a resident of Chicago; now she lives in Charlottesville, Virginia with her dog, Binky. Visit her online at emilyecton.com. 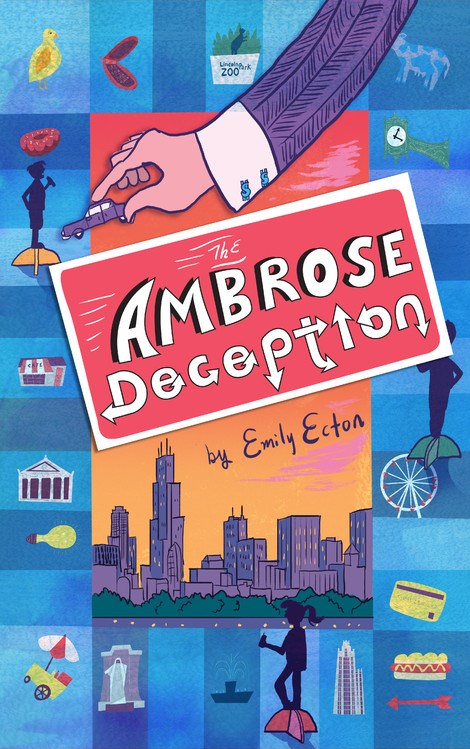 The Ambrose Deception is available for sale February 13, 2018.

I was provided a copy of The Ambrose Deception for review by Disney Publishing Worldwide. Thoughts and opinions are my own. This post contains affiliate links and I’ll get a small fee should you purchase using my link.

The Mommy Bunch is a participant in the Amazon Services LLC Associates Program, an affiliate advertising program designed to provide a means for sites to earn advertising fees by advertising and linking to amazon.com.

Simplify your life in style with the Cellfolio! 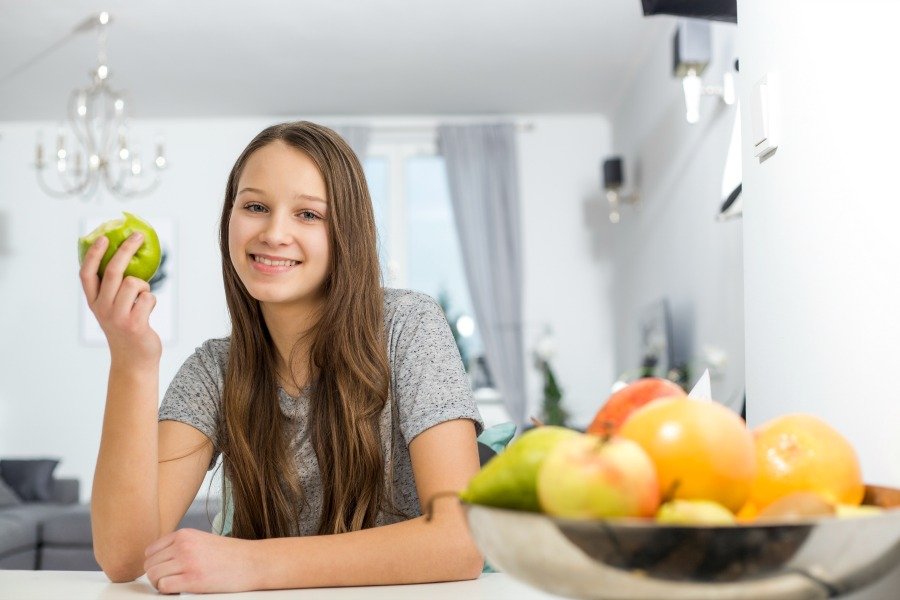 How To Stay Healthy When You Have No Time

Conscious Box – Discover The Best of The Planet Every Month! ~A Review

I Am MaryAnn – Jewelry with a Message!