The Brain-Bladder Connection and Potty Training – When Should You Really Worry? 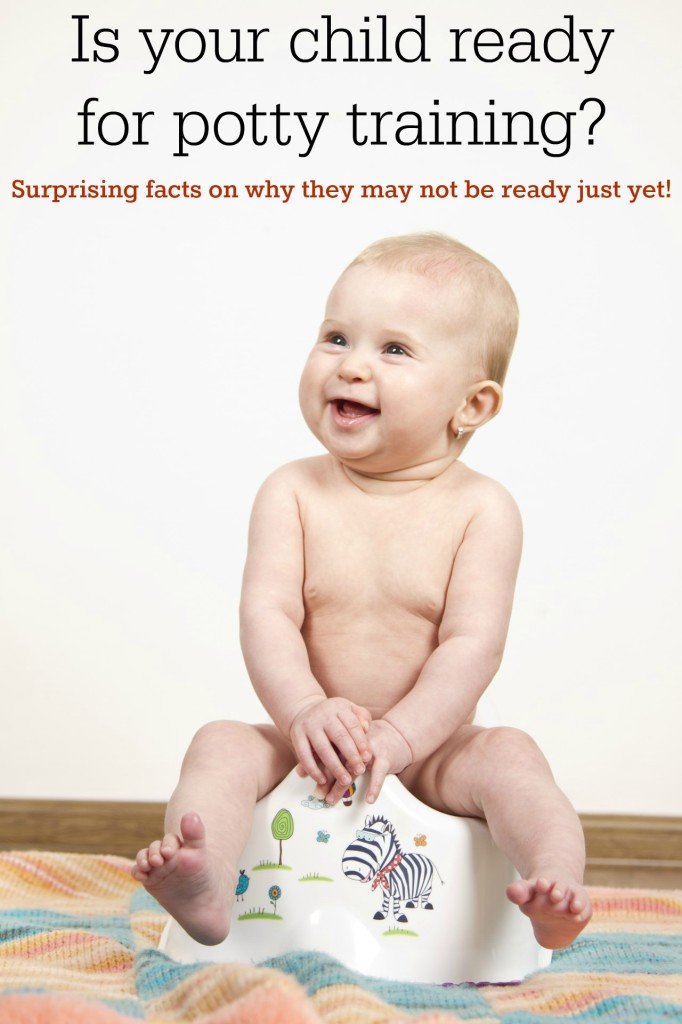 I just read an article in Yahoo Parenting called The Truth About Nighttime Potty Training, where Author Amy Palanjian details how her daughter has been daytime trained for some time, yet at night she was still wetting the bed. To curb this, she started waking her at regular intervals during the night. She found out quickly, that not only does this do nothing to help a child with being able to control their bladder at night, it only made her daughter learn to wake at periodic times during the night and want to play. 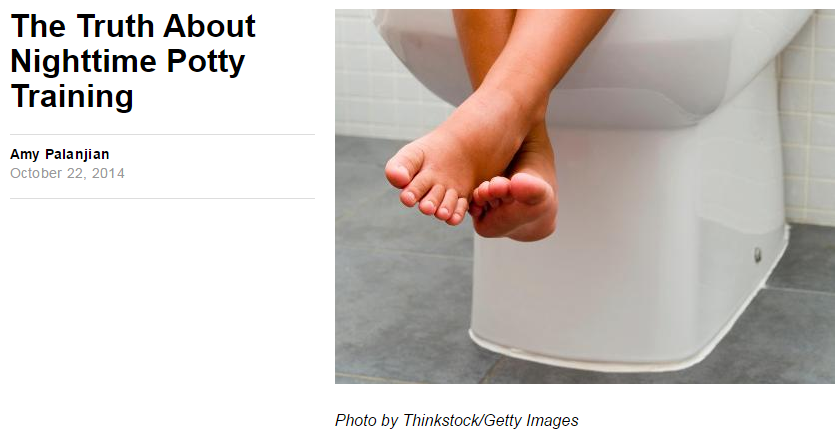 Like Palanjian, many parents have probably tried the same, or similar techniques to help their child learn to stay dry over night. However, if parents knew a little about how the biology of a child’s brain-bladder connection actually worked, we might spend less time getting all worked about about the fact that our child hasn’t stopped going at night yet, and more time just enjoying our little children as they grow. Understanding that as in all things – it will happen eventually, when the child is ready, not when you are ready.

The Brain-Bladder Connection and Potty Training

“In adults, and anyone who is toilet trained, the brain controls the bladder. When your bladder is full, your brain receives the signal that it’s time to head to the bathroom and then signals your bladder to release pee. It’s pretty straightforward.” (It’s No Accident: Breakthrough Solutions to Your Child’s Wetting, Constipation, Utis, and Other Potty Problems, Hodges 2012) 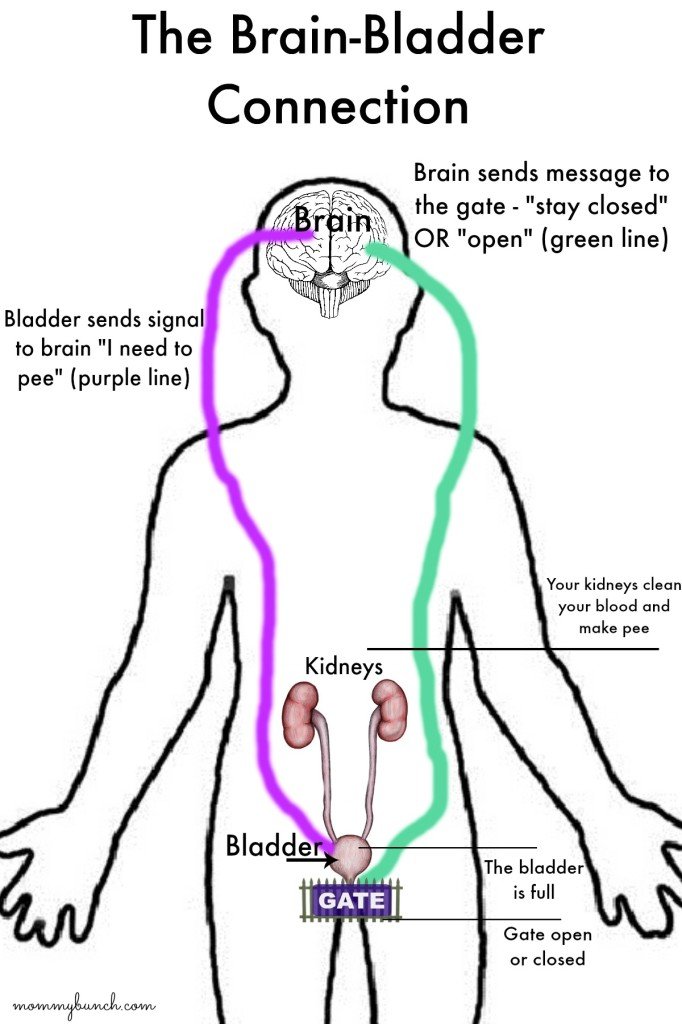 Hodges goes on to say that in babies, the signal from the bladder never reaches the brain. As a baby’s (or young child’s) bladder fills, a signal travels to the spinal cord – a reflex signal that comes right back to the bladder, and the baby pees. They don’t think about it because the signal never reached their brain in the first place, they just go.

Dr. Sears adds in The Portable Pediatrician, that the bladder-emptying reflex is automatic, and it isn’t until around two years of age when a child can become aware of bladder fullness and can begin to consciously hold on to his/her urine (although this is biologically different for each child so don’t fret if your child hasn’t developed this ability yet).

Nighttime control, however, which is the ability to unconsciously inhibit the bladder-emptying reflex, usually doesn’t occur until between three and six years in age – often later in boys, according to Sears. Knowing this, no matter how much you beg and plead, and reward or punish; or no matter how many times you wake your child in the night, none of it is going to matter if your child has not biologically developed the brain-bladder communication needed to control this reflex. The only thing that will help is time, and maturity.

Rewards and Punishment may cause setbacks

You may have the best intentions in doling out rewards every time your child happens to have to pee while you place them on the potty, or you simply get so frustrated that things haven’t been going as you planned that you start punishing your child for not complying with your demands. These types of behaviors on your part may actually set your child back even further when their brain finally does start communicating effectively with the bladder.

Once a child’s brain-bladder connection has matured, the signal travels from the bladder to the brain and back letting them know to open the gates (which can probably be held closed consciously at this point). Prior to this connection being established, a child may have endured a lot of frustration during previous attempts at potty training at a time they had no control. This frustration may now lead them to be unwilling to comply to commands set forth from someone who has previously shown no empathy and has talked to them in a superior-subordinate manner versus a person-person manner. If your boss/significant other/etc. was constantly hounding you to do something that you didn’t know how to do or had no control over, wouldn’t you become increasingly frustrated if you were reprimanded every time you didn’t achieve said task?

To regain a sense of self, and a sense of self-control, your child may take to doing exactly the opposite of what you want them to do. Instead of trying to control the situation by asking your child to go potty every fifteen minutes, simply know that eventually they will go just as everyone else does. I don’t recall the last time I’ve seen a normal, average teenager who still wet their pants. Have you?

Janet Lansbury sums it up best when she states, “Toddlers have a developmentally appropriate need to resist parents, and if parents have an agenda around toilet training, healthy toddlers are inclined to push back, even if they might have been otherwise ready to begin using the toilet. Why would we add toilet training to our already overloaded job description when doing less works just as well, if not better? Why risk the headaches, power struggles and resistance, frustrations and failures? Why be a taskmaster when we can relax, enjoy, and take pride in supporting our child’s self-directed achievement?”  In summary, trust your children, and trust that they will go when they are ready.

Unless there is a medical issue you really have no cause for worry. If you feel that your child is both developmentally ready (has the necessary language and the ability to control his/her body), and emotionally ready (not worried about things like where a part of his/her bodies disappears to) you may want to talk to your pediatrician to rule out a medical condition. Of course it could be simply that your child is displaying a power struggle because it is the one thing he/she has control over in their huge new world, don’t take it personally.

I was selected for this opportunity as a member of Clever Girls and the content and opinions expressed here are all my own. 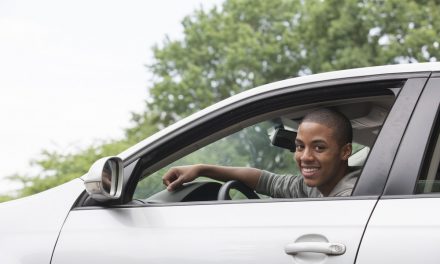 How to Discuss Safe Driving Practices With Your Teen 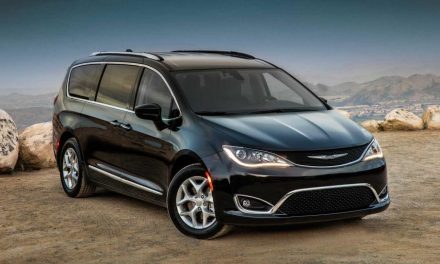 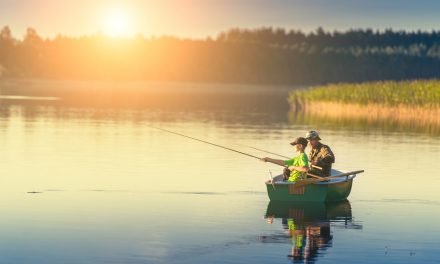 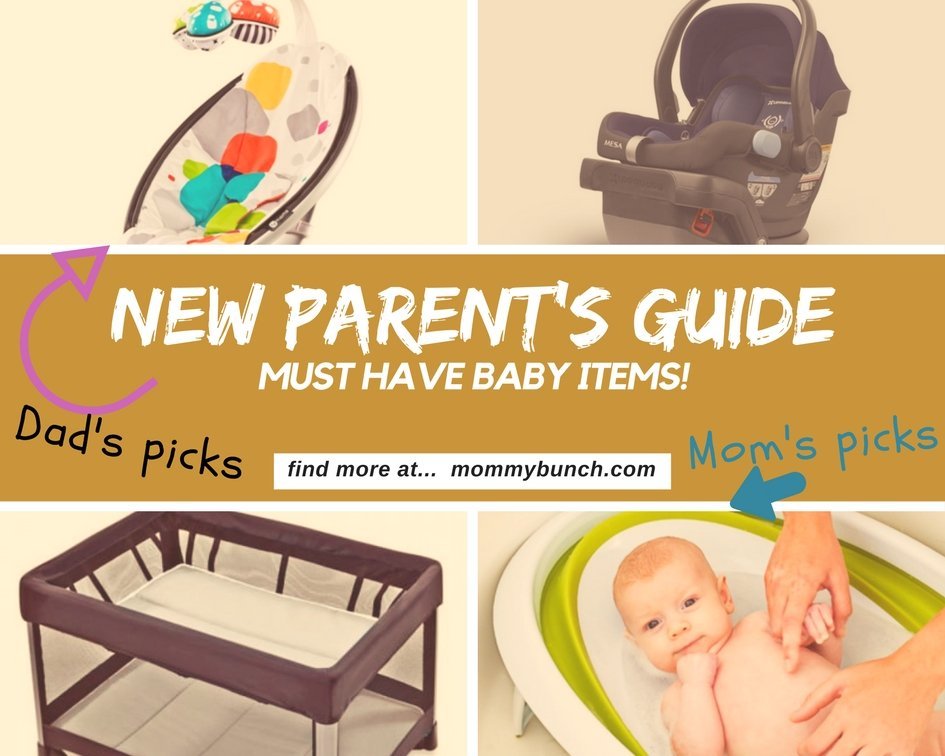 Must Have Baby Items For New Parents – Dad’s Top Picks!