If you have a daughter then you will understand the frustration that comes along with trying to brush her hair.  The “ow!” “you’re hurting me,” and the crying that goes along with it.  Especially for those who have daughters with long thick hair.  My daughter was no exception.  I even resorted to cutting her hair to just above her shoulders to hopefully help ease some of the struggle with combing her hair.  It didn’t really do much except give us less to comb.

Then I got the Knot Genie.  At first I was kind of skeptical.  It was just an oddly shaped plastic brush.  How could this thing really help remove knots, and the aches and pains that went along with combing them out?  My daughter (who is 2) was thrilled to get it though.  She got a package in the mail that was just for her and she couldn’t wait to use it!

The first time I tried it was right after my daughter got out of the bath.  Her hair was wet when we tried the Knot Genie.  The first experience did not go well.  I didn’t think it did a great job of removing the knots, and my daughter wasn’t too thrilled with me after a while.  She was thrilled about trying to use it herself, since it was hers after all, but the knots were just not coming out.  I was ready to give up on it (after just one try, I know, not very review worthy, lol).

About a week later I saw the same brush sitting at my daycare providers and I said, “Oh you have one of those too.”  She replied with, “Yes, isn’t it the best thing ever?!  The kids actually let me brush their hair now, and there is no whining or complaining!”

Now I was confused.  I didn’t really have this same result and got to thinking, maybe I was doing something wrong.  Ok, I was going to have to give it another try.   This time we waited until her hair was almost dry before we tested it out.  Wow! It worked like a dream.  It just glided through her hair, and she had a blast combing through her hair on her own!  Now she always asks to brush her own hair, which is amazing because previously I could barely get her to let me do anything at all with it.

Overall I think it works well, and the kids really seem to like it.  I would just suggest you don’t use it on wet hair (or maybe that was just me).

I was even able to capture a couple cute pictures!  I hope you enjoy them  🙂

(I had a video as well, but I think she was thrilled I was recording her so she was doing more playing around than brushing hair, lol) 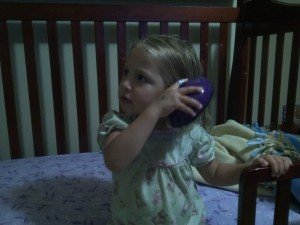 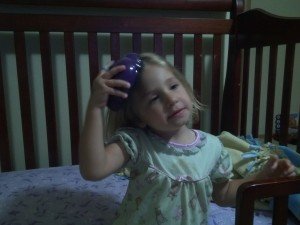 Enter on the rafflecopter below to win your own Knot Genie!  Open to US 18+


Disclosure:  The Mommy Bunch received a free product to facilitate this review, however, all opinions are strictly our own.

Kukees – The perfect git for family or friends!

When starting solid foods – there’s no magic for that