The season of want…..and the dreaded toy aisle

It was brought to my attention this last weekend that actually taking my kids into the toy aisles while on our shopping trip might actually be a good thing. Instead of avoiding the toy aisles like the plague, I should instead invite my kids to browse, play, look, touch, interact with whatever they want, but they would not be allowed to take anything home with them.

At first this seemed like a disaster waiting to happen, but the more I thought about it, it is probably a great way to teach my kids self control, and to learn the value of a dollar. I mean, if my kids know they can only look and not have something, it may encourage them to start saving their own money in order to purchase it at a later time.  It may also mean less tantrums down the road when we are in a hurry and have to just run in and out. If they already know they cannot have anything from the store, they will be less likely to throw kicking, screaming, spine-tingling fits when they don’t get what they want.

Oddly enough, before I heard someone talking about this, I had actually taken my kids to the store earlier that day and had explained to them before entering the store that we would be going to look at the toys, but they would not be allowed to have/buy anything today. They knew we were buying birthday and Christmas presents for other people.  Since I explained this to them ahead of time, they were actually prepared for the fact that they couldn’t have anything, and didn’t even ask. WOW!

The next time you go shopping and are dragging the little ones along, I say set aside some time to allow them to wander the toy aisles, let them play, just make sure they know ahead of time they cannot take anything home with them. Hopefully this will help your kids learn some self-restraint, as well as the value of money (probably when they are old enough for an allowance). Let me know how it goes! (This did work very well with my kids, but since I have no knowledge of your own children’s behavior, I make no claim that this will work for everyone….just saying!) 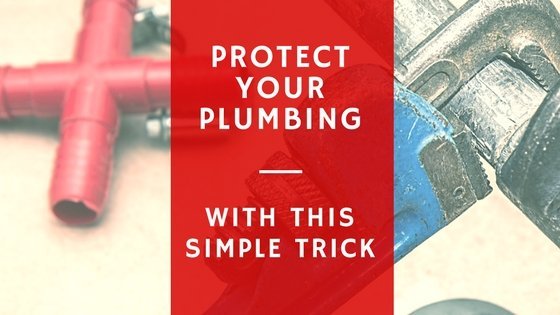 Protect Your Pipes With This Simple Trick

When did my son get a peanut allergy?