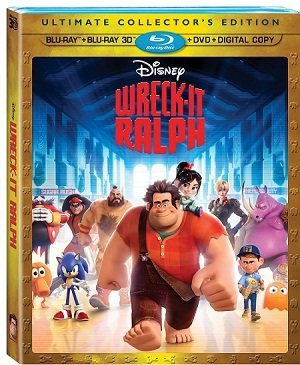 My family and I had a chance to watch the Wreck-It Ralph Blu-ray this last week (repeatedly I might add  :-)), and I was pleasantly surprised at what a great movie this was!

The day the combo pack arrived my kids were so excited to watch it. My six year old son was really excited, because we had not yet seen this movie, and he couldn’t wait.

After we finished watching it, I thought it was a pretty cute and original movie, but my son thought it was amazing. He said, and I quote, “this is the best movie ever, do we get to keep it?”

When I told him that yes we do get to keep it, he was in disbelief. He asked, “so we don’t have to return it, we can really keep it?!” I assured him it was ours to keep and we did not have to take it back to the movie rental store.

He just loved watching Ralph wreck things, and loves watching the karts in Sugar Rush. This movie was definitely a hit. So much so that he watched it every day for the first 5 days we had it!

Ralph is tired of being overshadowed by Fix-It Felix, the “good guy” star of their game who always gets to save the day. But after decades doing the same thing and seeing all the glory go to Felix, Ralph decides he’s tired of playing the role of a bad guy.  He takes matters into his own massive hands and sets off on a game-hopping journey across the arcade through every generation of video games to prove he’s got what it takes to be a hero.

On his quest, he meets the tough-as-nails Sergeant Calhoun from the first-person action game Hero’s Duty. But it’s the feisty misfit Vanellope von Schweetz from the candy-coated cart racing game, Sugar Rush, whose world is threatened when Ralph accidentally unleashes a deadly enemy that threatens the entire arcade.  Will Ralph realize his dream and save the day before it’s too late?

Want to get a sneak peek if you haven’t already seen this great movie in theaters? Check out this clip of Ralph meeting Vanellope for the first time. 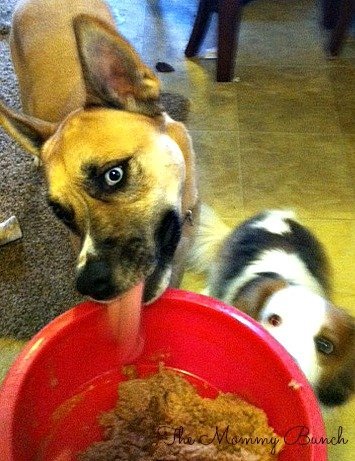 The perfect gift for your pet!