Yes I spoil my Kids… and you should too!

I come up with these great ideas for blog posts when I’m standing in the shower for my 30 5 minutes of peace I get in the day, and by the time I get out of the shower and finally get to a computer where I can sit down and type up this great idea I had, I usually completely forget the awesome things I wanted to say and end up writing something somewhat similar, but by far completely mediocre in comparison.  With that being said, I had this epiphany as I was taking a shower last night getting ready to go to the Brewer game and watch the Brewers kick some Cardinals butt and head off to the World Series (sadly they did not win but the game was still a great time!).
So now it is the next day and my idea has slightly faded after one very long game, a $9.00 margarita, and $6.75 for cheese fries (it does come in a mini brewer helmet and I’m totally making my kids use this as a cereal bowl because I HAVE to get my money’s worth out of this), and a very long drive home; arrival time 2:14 am.  After my husband forcing me out of bed at 6:30 this morning and fighting with my groggy kids to get up and get dressed (grandma watched them, so I really have no idea what their actual bedtime was… grandma will say 8:00….9:00…. who really knows, was probably 1:00am or right before I got home for all I know), here I am trying to recall the details of this totally awesome epiphany I had in the shower yesterday.
I should really write this stuff down, although the paper would probably get kinda wet and soggy in the shower, and I wouldn’t be able to read it anyway, and I’m sure my computer would not appreciate being taken into the shower with me.   Hmmmm… idea for new invention:  water proof computer.  Although, I would probably never leave the shower at that point, of course then the water would get so cold I couldn’t stand it anymore and would have to get out.  I guess no point in this waterproof computer idea after all.

Back to my epiphany.  I was thinking about the differences between my two kids, Stinkerbelle (2), and TinTin (4).  I was also thinking about a recent comment made to me by several people, and the stares of pity by those who wanted to make the comment, but didn’t know me well enough to say anything.  You know, the “Well you did it to yourself by spoiling her and holding her all the time” comment.  Just because my two year old wants to be held CONSTANTLY, and ONLY BY ME does not mean that I spoiled her when she was a baby by holding her.  There has been plenty of research done on the fact that you CANNOT spoil a child under the age of one!  Holding a child is just meeting one of their basic needs.  They cry, you pick them up and figure out what is wrong (hungry, change of pants, tired, just wanting to be loved, etc.).  So thinking about the fact that Stinkerbelle has to be held by me constantly and that it drives me nuts most of the time because I never have a free minute to myself, and why can’t the kid just go by her dad once in a while, I got to thinking about these comments and I realized that NO I did NOT cause this by holding her when she was a baby.

Artifact #1)   I did the exact same thing with TinTin, and he didn’t require me to hold him every waking minute of every day no matter what I was doing or where I was going.  They are just two different kids with two different personalities.  Stinkerbelle has this overwhelming need for mommy to be with her constantly, and TinTin has always been very self sufficient.  Even as an infant he could soothe himself and happily play by himself.  If Stinkerbelle did not have an older brother to play with her, which now that she is over 2 she has been doing more and more of, Thank God, I would probably never get a free minute, EVER.  TinTin on the other hand could  literally play by himself almost all day and not skip a beat, if I let him.  I actually feel really bad that he plays by himself so much because I feel like he is not getting as much of my attention and I’m taking advantage of his easy going attitude, so I make sure to give him some mommy time as much as I can.

Artifact #2)  TinTin has always been willing to be held and go to anyone who wanted to hold him; grandma, daddy, grandpa (I’m not talking strangers here people!)   Stinkerbelle will only go to other people as a last resort.  This really sucks for me most of the time, but I know that soon she will be a teenager and I will probably be wishing for the time when she actually wanted me around.  So if being held was the ONLY issue, she should be fine by anyone else holding her, but she’s not.  I just wish that once in a while she would let her dad hold her so I can get a break; or someone, anyone!

Artifact #3)  I rocked Stinkerbelle to sleep from the day she was born up until she was about 1 1/2 years old, every night.  I did not rock TinTin, because being our fist child we were caught up in the “he has to have a routine and get used to his own bed or he’ll never go to sleep” idea planted by, well who knows where we got this damn idea…books, parents, friends, all of the above.  TinTin has always had issues going to bed at night, up until about 3-4 months ago, he would fight us tooth and nail at bedtime.  Stinkerbelle has never had an issue going to bed at night.  So what if I spent a 1/2 hour – 45 minutes rocking her at night.  To me that amount of time spent in peace with your child happily drifting off to sleep is better than spending an hour or two begging, pleading, fighting with your child to go the f$*% to sleep!** go to bed and get some sleep, only causing stress for both you and your child.  I am so glad TinTin is finally settled into a bedtime routine and actually goes to sleep when he is supposed to.
I really think Stinkerbelle helped in this process, because she always goes to bed when she should and eventually TinTin realized getting sleep is not so bad.  The routine has never changed, bath, brush teeth, read a book (each), sing a song or two (each) and then sleep (there may be a few, “i need a drink” comments mixed in, but so what).  At about 1 1/2 yrs old, Stinkerbelle just decided that it was time for her to sleep in her bed, no more rocking.  She decided on her own that she was ready, we didn’t force her like we tried to do with TinTin, and she has always just gone to bed because she knows that is what you do at bedtime.  So did I spoil her by rocking her every day for a year and a half.  I THINK NOT!  Instead I think I did a disservice to TinTin by not rocking him and making him suffer all alone in his bed.

Yet here we still have my little Stinkerbelle needing to be held all the time, and TinTin is just fine without it.  I think it may lie in the fact that Stinkerbelle is a girl and TinTin is a boy.  I think girls just need more attention than boys.  Of course I only have one of each so I really don’t know if this is true, but I guess my point is you cannot expect each kid to be the same; every kid is going to be different, with different personalities, and different needs.  So if spoiling your kids means that you meet their needs and pick them up when they cry, then I say SPOIL THE SHIT OUT OF THEM!  Regardless of what you do as a parent, each kid is going to act different and want something different from you, regardless of what you did or didn’t do when they were babies.  The only thing you can really do equally is love them.  Love your kids and spoil them to no end (not by buying things, but with your attention, love, and kindness).  In the end that is really the only thing that matters.


**There is actually a book written with this same name and it is completely hilarious!  It brought a smile to my face when I was having issues with my son not going to bed at night and helped me realize there were obviously others going through the same thing.  If you are interested in checking out the book you can find it here:

I really recommend this book if you want to get a good laugh, and amazon offers a preview of some of the pages so you can see what I’m talking about! 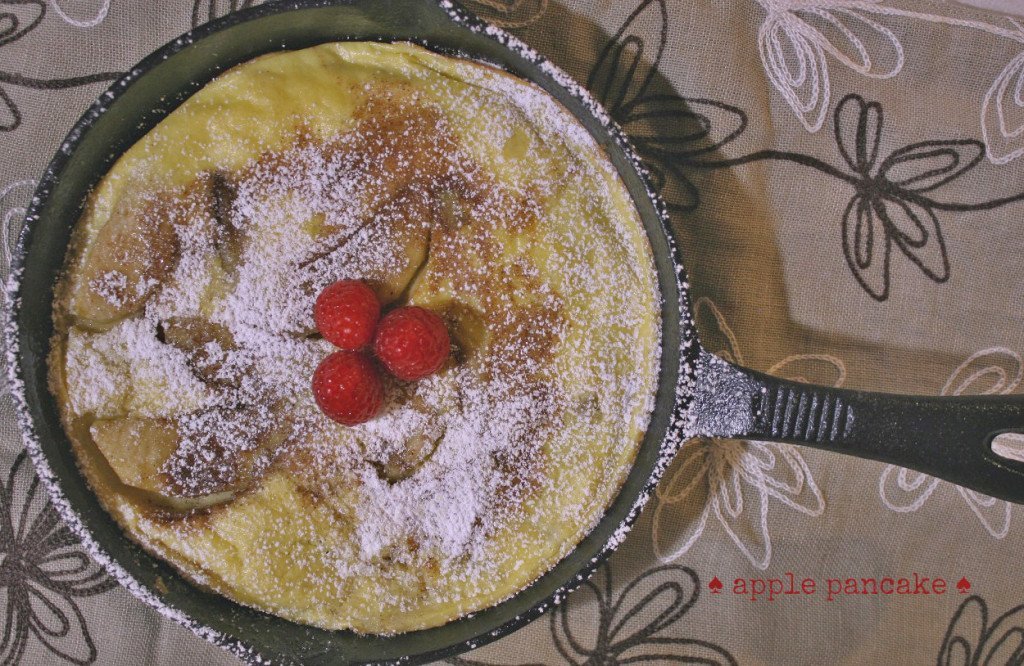 Breakfast for dinner the healthy way!

Operation: Get Pain Relief for my Aching Neck – Naturally!